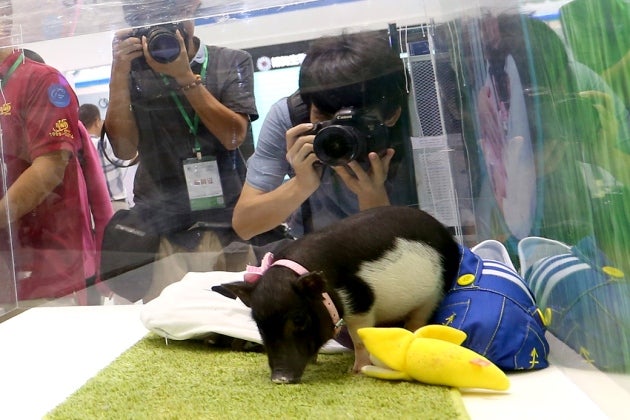 So-called “teacup pigs” are marketed as cute, conveniently sized pets, but when they grow up, their owners are often surprised when they balloon to their adult weight of hundreds of pounds. Now, scientists at BGI in Shenzhen, China are using cutting-edge genetic manipulations to create micropigs that may actually stay tiny and adorable.

They originally created the pigs as lab animals to study human diseases, but on September 23, BGI announced that it would start selling the pigs as pets. The micropigs will only weigh about 30 pounds as adults. BGI priced these pint-sized pets at $1,600.

To make a micropig, scientists started with the already miniature pig species called Bama. Bama pigs weigh 70-100 pounds instead of upwards of 200 pounds, the weight of a normal farm pig. Pigs are closer to humans physiologically than rats or other lab animals, making them ideal candidates to test medication on. Bama pigs and (and now micropigs) are a better option because they take up less space, cost less to feed and keep, and are generally more manageable than full-sized hogs. 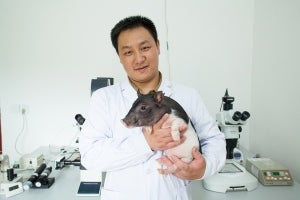 A BGI technician holds a micropig

The researchers cloned pigs from Bama fetus cells. But first they used a gene-editing process called TALENs to shut down growth hormone receptor genes. If cells don’t have this receptor, they don’t get the message to grow, and the pig ends up stunted. The scientists then bred these pigs with normal Bama pigs, to prevent potential health problems. They are already being used to study gut microbiomes.

A few words of caution before you place your order: The company set the price to test market demand, but there’s no word on when pet pigs might be shipped out or how expensive they will eventually be. The pigs have been healthy so far, but cloned animals have been known to have health problems, and pigs still naturally root and dig, which can be a problem in an apartment.

And if you wait, you could have an even cooler genetically modified pet! BGI scientists told Nature they are reportedly working on ways to customize your pig’s coat colors and patterns.