He does not yet have a name, and his quills are soft and fluffy 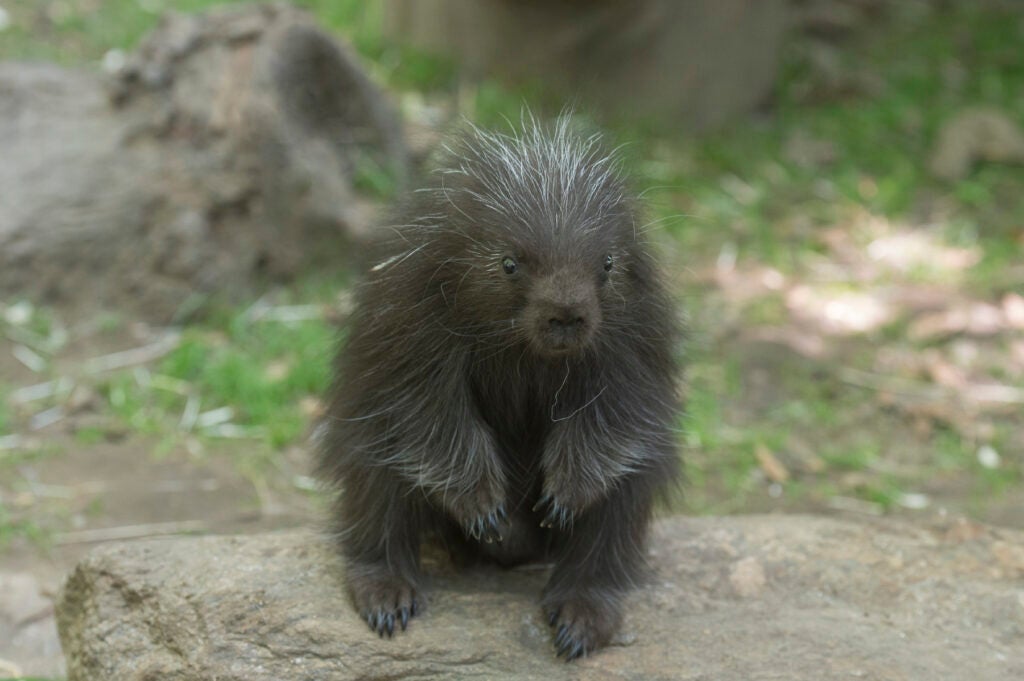 Go see the porcupette at the Children’s Zoo starting June 9.

A month-and-a-half old porcupine baby is now on exhibit with his family at the Bronx Zoo Children’s Zoo. Born on April 24th, the male baby porcupine, which is called a porcupette, is the fourth offspring of parents Alice and Patrick.

As you can see in the pictures, the porcupette is extremely soft, as babies’ quills don’t harden until they grow older. (Fortunately for mom porcupines.)

Adult porcupines have 30,000 quills covering their bodies, which they use as a defense mechanism. But they don’t shoot them at predators, despite the common myth. The barbs just get stuck in flesh when a predator, like a cougar or even your family dog, gets too close.

The Bronx’s porcupette, who is as yet without a name, will continue to live with his parents, nursing until he’s about three months old. He’s already eating bark and other vegetation as well, though, like a grownup.