Cats May Understand Cause And Effect, Study Finds

And grasp the laws of physics 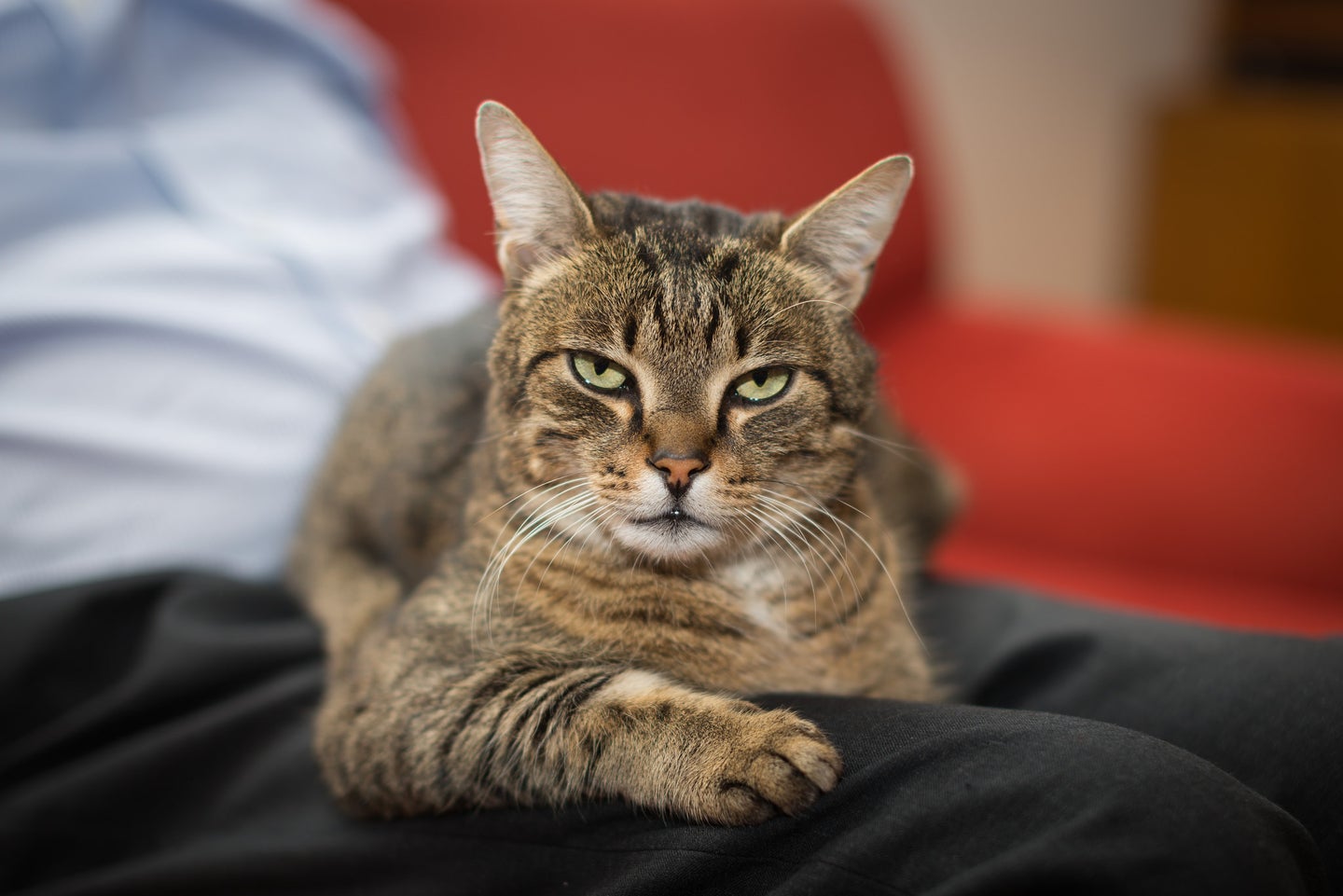 Science is getting closer to proving that yes, your cats are probably smarter than you. According to a study from researchers in Japan, cats seem to understand physics and cause and effect.

To do that, the researchers studied 30 domesticated cats, and videotaped their reactions to different scenarios. If you’ve ever had a cat, you’ve probably watched them react excitedly to a shaken bag of treats. The researchers in Japan have created a similar scenario by shaking a container in front of the cats. In one scenario, the container rattles and then an object is dropped from the container. In another, the container makes no noise and no object drops. These two are generally congruent with the laws of physics: the sound signals to the cat that there is something inside. And the cats reacted appropriately, staring longer at the container that made a sound.

Previously, it was believed that cats had an “unsophisticated” understanding of causal relationships. But, this research and its focus on the auditory response of cats show that cats can predict the presence of objects, and even have a grasp of what gravity is. And future research that uses more complex scenarios could help researchers better understand what the sound is telling cats to expect in terms of quantity or size of objects.