Are sheep tenser than we knew? 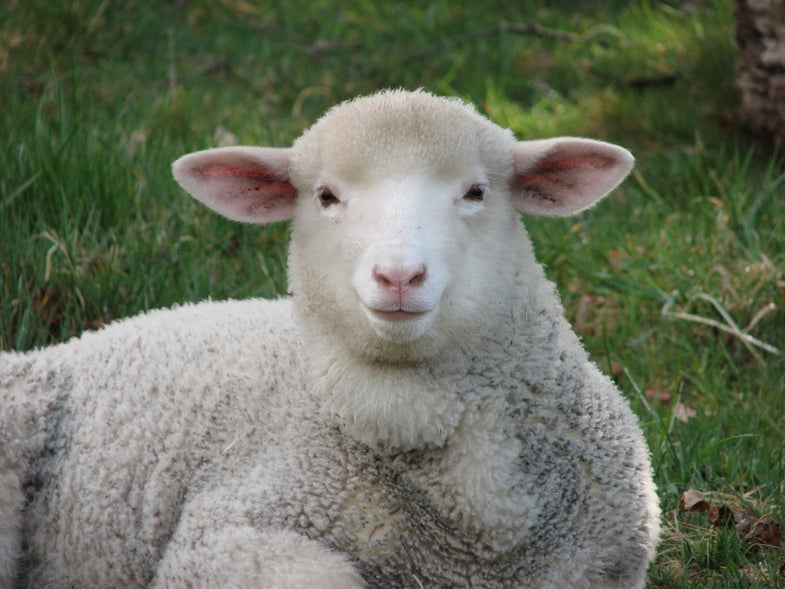 Sometimes counting sheep just isn’t enough to turn off your anxiety-ridden brain. Especially when you have four hooves yourself.

It’s been long suspected that animals face anxiety, just like people. But a new study from researchers in New South Wales, Australia, aimed to find a measure to understand sheep behavior.

The researchers studied 60 two-year-old merino sheep to gauge their reactions to a stressor: a mild-mannered dog. The sheep were split up into three groups, a control and two groups that were given pharmaceuticals to affect their anxiety levels – Valium to one group and a stimulant to another.

One at a time, each sheep was led into a walled pen with a food bucket in the middle. After a sheep entered, a window was opened on one wall, behind which sat a quiet dog.

Every sheep, except one outlier, froze when it saw the dog. After ten seconds, the window was closed. At this point, only 15 percent of the control group managed to eat, and none of the stimulant-taking group ate. But more than half of the Valiumed sheep went about their business, moseying over to eat from the food bucket.

The researchers believe that this shows what sheep anxiety looks like, and indicates that many sheep on farms may be suffering more than we realize. The frozen sheep behavior is typical of attention bias, a phenomenon wherein you pay too much attention to something that seems to be threatening. Even after the window was closed, the majority could not snap out of their frozen spells to move freely around the pen and eat some food. They were too focused on the potential risk from the dog and could not turn their attention elsewhere.

The researchers believe that if this is true, farmers and animal caretakers could see these behaviors as signs that their sheep are anxious. By better understanding the mood of a flock, farmers can improve the health of the animals and increase standards of animal welfare.

The researchers admit that their study should be replicated with a control group that does not see the dog in the window in order to further study the effects of the drugs given to the sheep. Also, the stimulant used in the experiment, methyl-chlorophenylpiperazine, though shown safe in other animal studies, has been shown to decrease appetite in rats, which could have slightly effected their findings.