3D printed ovaries, a shape-shifting optical illusion, and other amazing images of the week 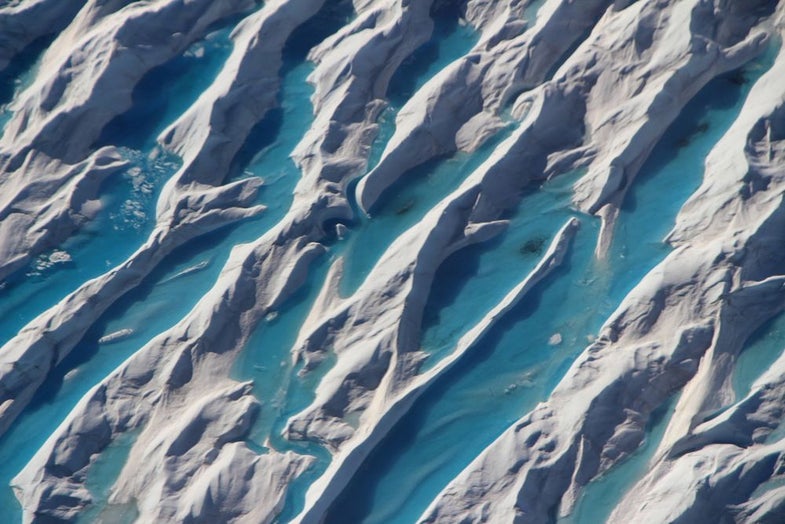 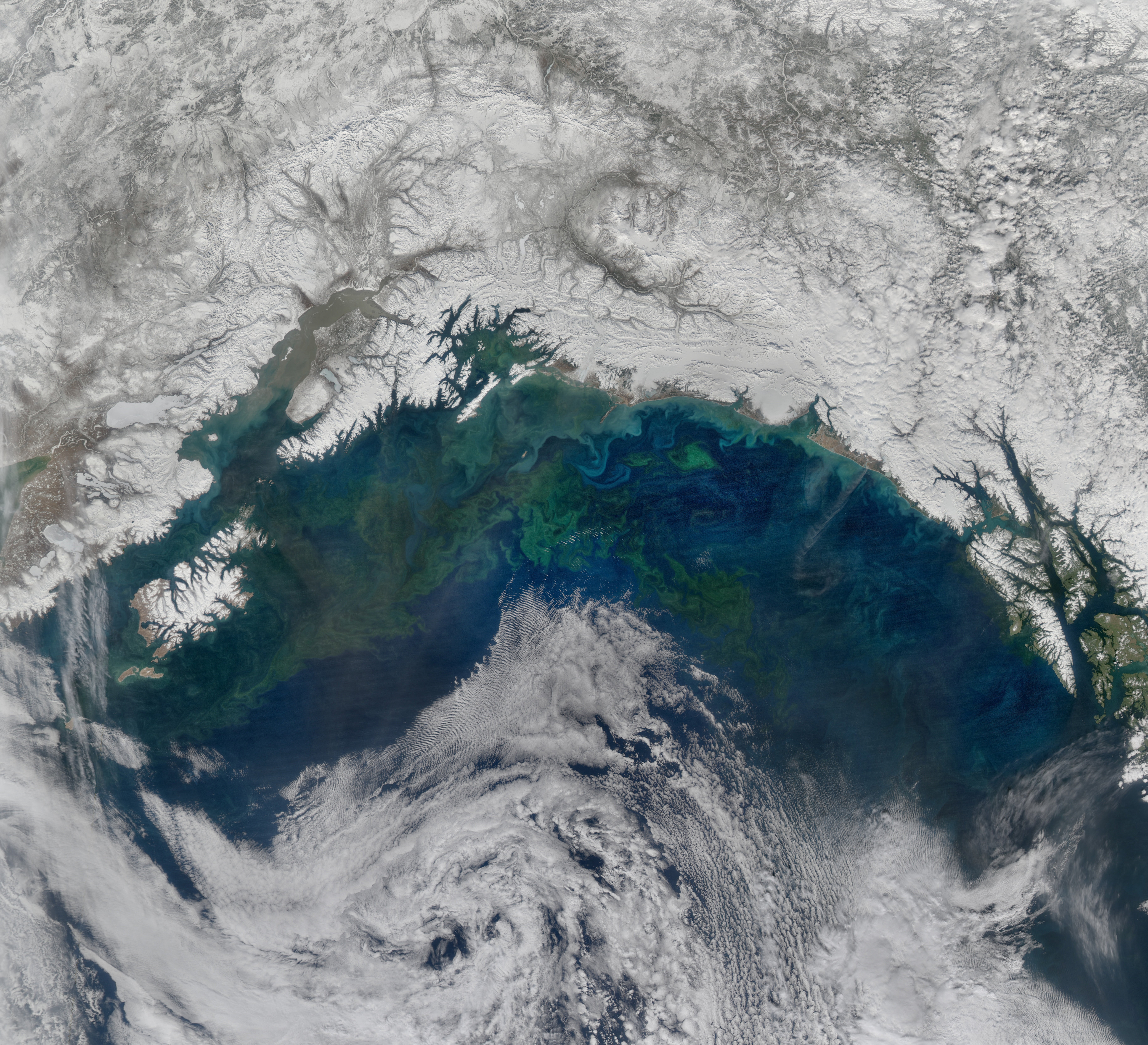 All those green waves swirling around are what ocean scientists call glacial flour, though it’s not the kind you bake with. This “flour” is the result of iron-rich rock sediment that’s been ground down into super fine particles by glaciers. These particles turn the water around them into a beautiful sea of green. The color change also stimulates the growth of viridescent phytoplankton, further mixing this flour into the sea. The mix usually arrives with spring, but it may have come a little early this year, according to some reports. 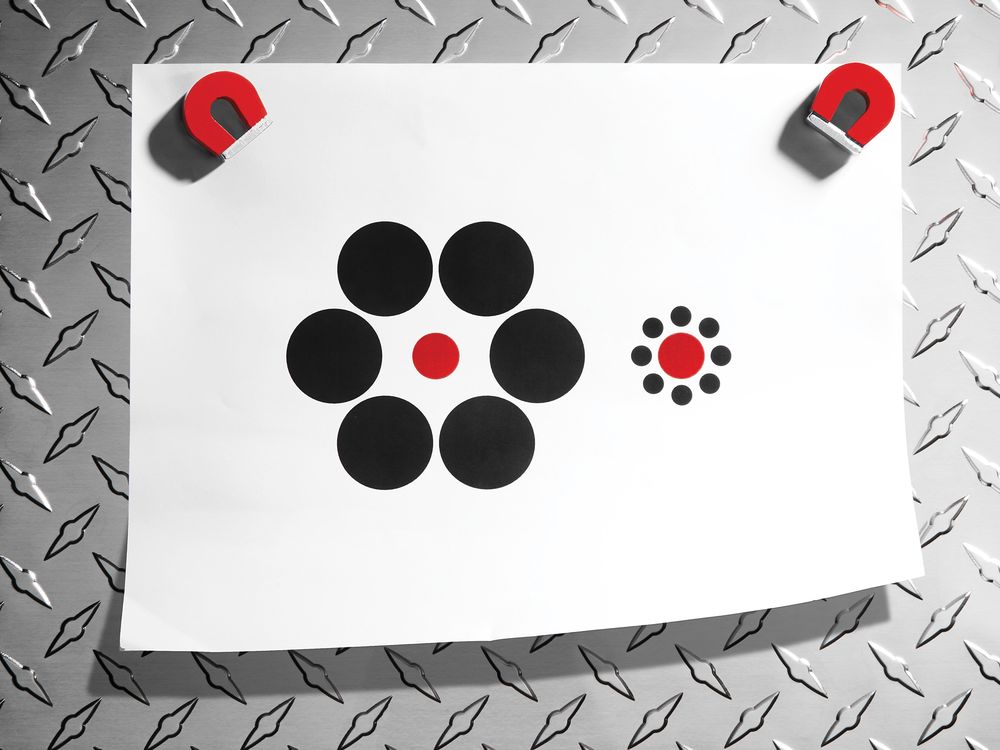 The Ebbinghaus illusion, pictured above, has tricked the minds of many people who’ve eyed it. Most viewers see the red dot on the left as smaller than the one on the right. But if you measured them, you’d find they are exactly the same size. That’s because of the way the dots are arranged. Your brain sees the left red dot as closer, given the giant dots around it, and the right red dot as farther away, given the tiny black dots around it. When the brain sees them both at once, the only way for the right red dot to be farther away than the left red dot, is if it’s larger. Still confused? Here’s a more in-depth description. 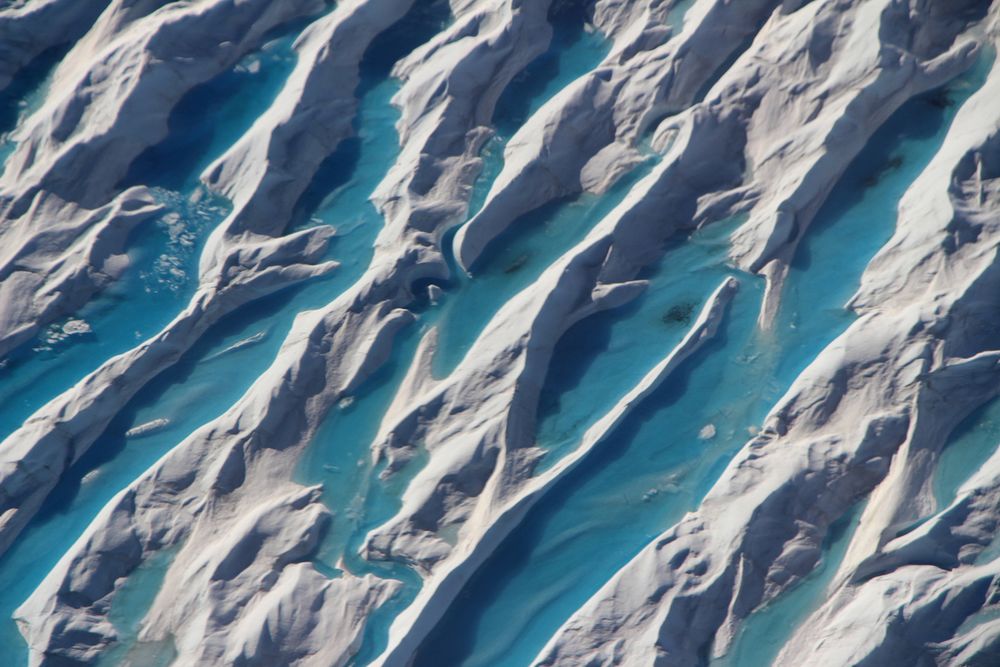 Times they are a changin’

To keep up with and understand our rapidly changing planet, NASA researchers have sent satellites into orbit to take pictures and track the progress. But there’s been a lapse for quite some time, so NASA put Operation Icebridge into action: A series of flights and across our planet’s poles. The project’s missions over the Arctic just wrapped up and revealed some stunning images of like this one above, displaying meltwater in crevasses in southern Greenland. You can see the rest of the gorgeous and informative snapshots here. 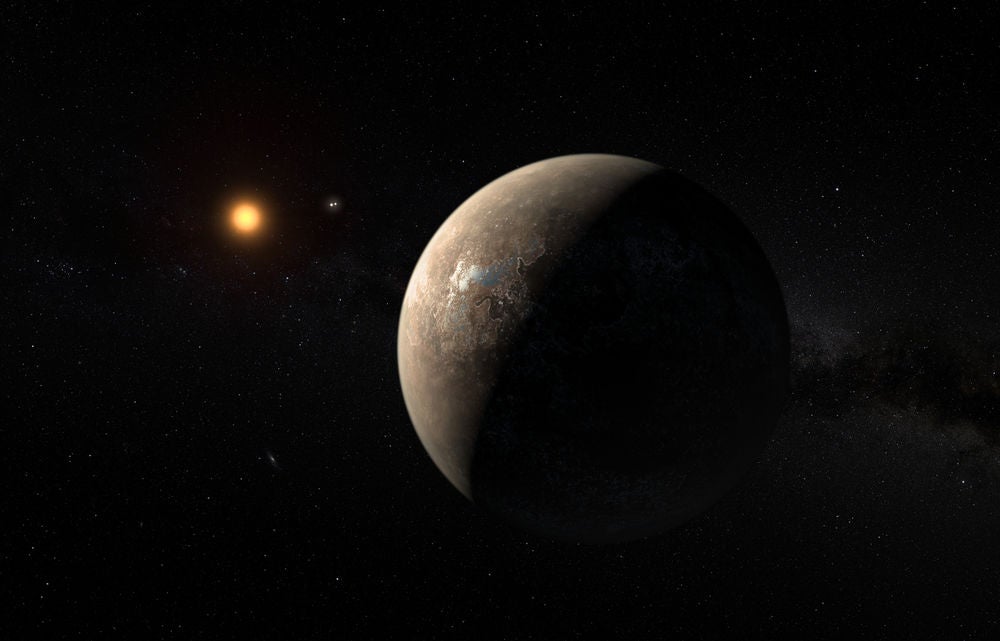 The exoplanet Proxima b orbiting the red dwarf star Proxima Centauri, the closest star to the solar system, in an artist’s impression.

Above is an artist’s depiction of Proxima b, an Earth-like exoplanet a mere 4.2 light years away. Despite the distance, Proxima b might look a lot like us: It orbits its star in what’s called the habitable zone, an area that scientists think could allow planets to harbor life as we know it. To better understand that chance, scientists used mathematical models, typically employed to simulate climate change on Earth, to estimate what Proxima b’s atmosphere might be like under different conditions. Their results suggest that if Proxima b does indeed have an Earth-like atmosphere, it could be habitable. 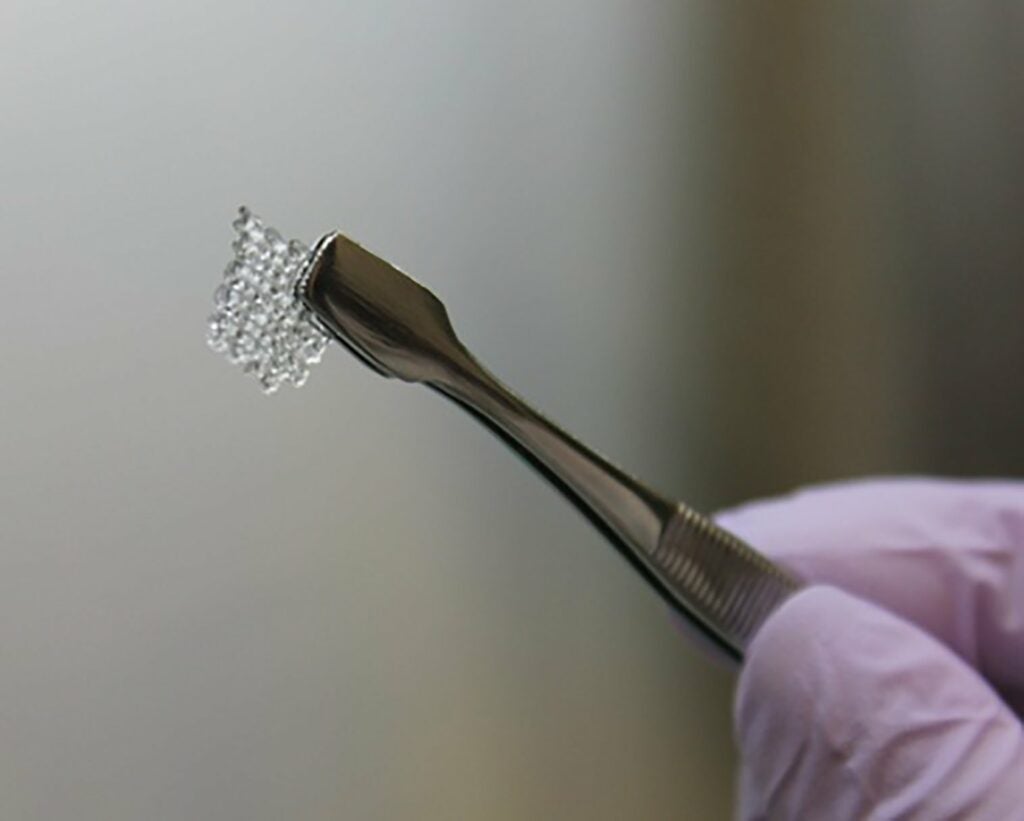 One ovary to go, please

A 3D printed mouse ovary made of follicle cells inserted into biodegradable scaffolding.

We are one step closer to being able to treat fertility issues with 3D-printed, lab-grown ovaries. In a paper out this week in the journal, Nature Communications, researchers at Northwestern University published their recent success: They grew follicle cells, taken from a mouse, inside a 3D printed vascular scaffold and then transplanted that scaffold into an infertile mouse, allowing the start of a normal hormonal cycle and the birth of healthy pups. The researchers hope this treatment could be used in humans in the future. A piece of the 3D printed scaffold is shown above.