It's traveling toward us at about 100 kilometers per second, you know 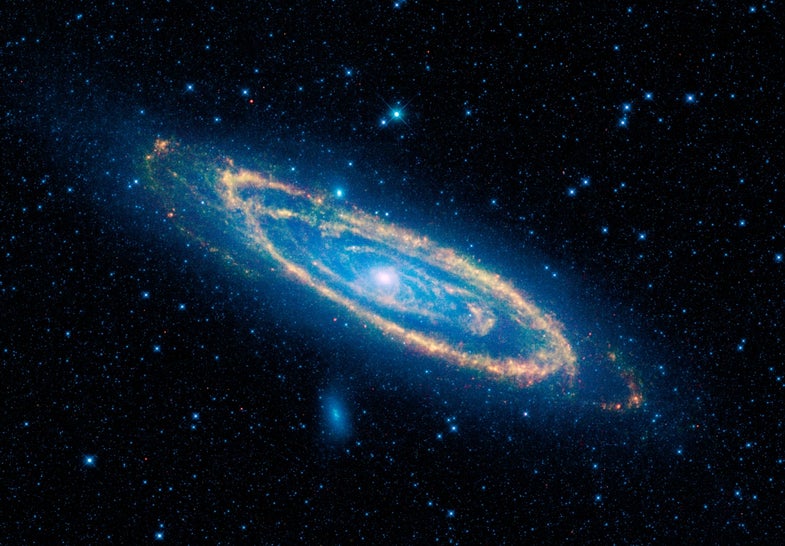 Scientists have known that the huge Andromeda galaxy is headed on a collision course with our Milky Way some 4.5 billion years from now. But until then, NASA’s Wide-field Infrared Survey Explorer (WISE) has taken the opportunity to snap a new mosaic image of the galaxy using all four of its infrared detectors.

Andromeda represents the closest large galaxy to the Milky Way Galaxy, and currently sits 2.5 million light-years from our sun. Two satellite galaxies known as M32 (above left of center) and the blue M110 (below center) represent the largest of several in gravitational thrall to massive Andromeda.

The new infrared view from WISE shows mature stars as blue highlights, with larger newborn stars appearing yellow and red. Andromeda may appear larger and hosts more stars than the Milky Way galaxy, but the Milky Way still has greater mass due to its share of dark matter.

Our view of the eventual Andromeda collision with the Milky Way probably won’t be as complete as this or this. But we’d wager that it’ll still provide for quite a show, assuming that anyone is still around to watch.