The Top 10 Telescopes of All Time 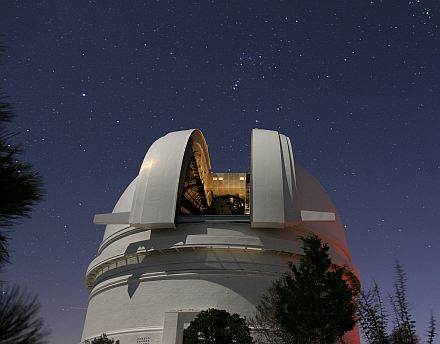 Humans have been looking to the heavens for as long as we have had stories to tell about them. But the way we look up has come quite far in the past 400 years, since Galileo Galilei first pointed a spyglass to the sky.

In honor of the 400th anniversary of the telescope, Popular Science looks back on the top 10 observatories on Earth and beyond. 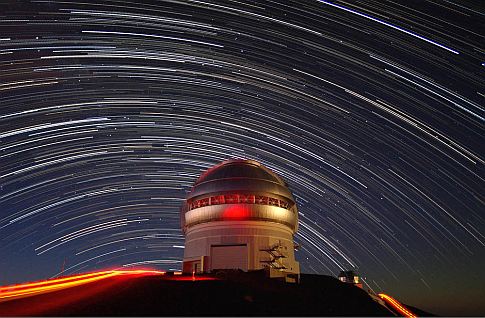 Two eyes are better than one. The Gemini Observatory’s twin optical/infrared telescopes are an ocean apart, yet together they can access the entire sky. Gemini South is located at almost 9,000 feet in the Chilean Andes; Gemini North (pictured) sits atop the dormant volcano Mauna Kea, home to an international community of telescopes peering at the night skies through Hawaii’s excellent atmosphere. Seven countries own Gemini, whose scientists make it a point to keep the telescope’s technology fresh — the observatories even have a “sputtering chamber” that applies silver coatings on the Gemini mirrors to increase their infrared capabilities.

The observatory’s 3.5-meter scope, the dryly named New Technology Telescope, was the first telescope in the world to have a computer-controlled main mirror. Even amateur scopes now have that technology. The ESO’s suite of telescopes in Chile’s Atacama Desert also includes the Very Large Telescope array (pictured), Europe’s flagship observatory. The ESO is also home to Europe’s portion of the Atacama Large Millimeter/sub-Millimeter Array, known as ALMA, an intercontinental collaboration with North America, east Asia and Chile. ALMA will be the highest observatory on Earth and the world’s most advanced radio astronomy observatory. Which takes us to the next top observatory … 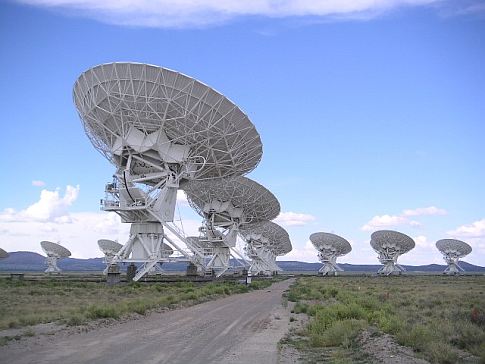 The observatory’s several sites include the Green Bank Telescope, the Very Large Array (pictured), the Very Large Baseline Array and the future U.S. portion of ALMA. Scientists have recently used data from Green Bank to search for the frequencies of molecules in interstellar space. The Very Large Array’s boring name belies its stupendous size: it consists of 27 radio antennas, each weighing 230 tons and reaching 82 feet in diameter. The array, in the desert south of Socorro, New Mexico, combines to give the resolution of a 22-mile-wide antenna. Some people might recognize it from the movie Contact. 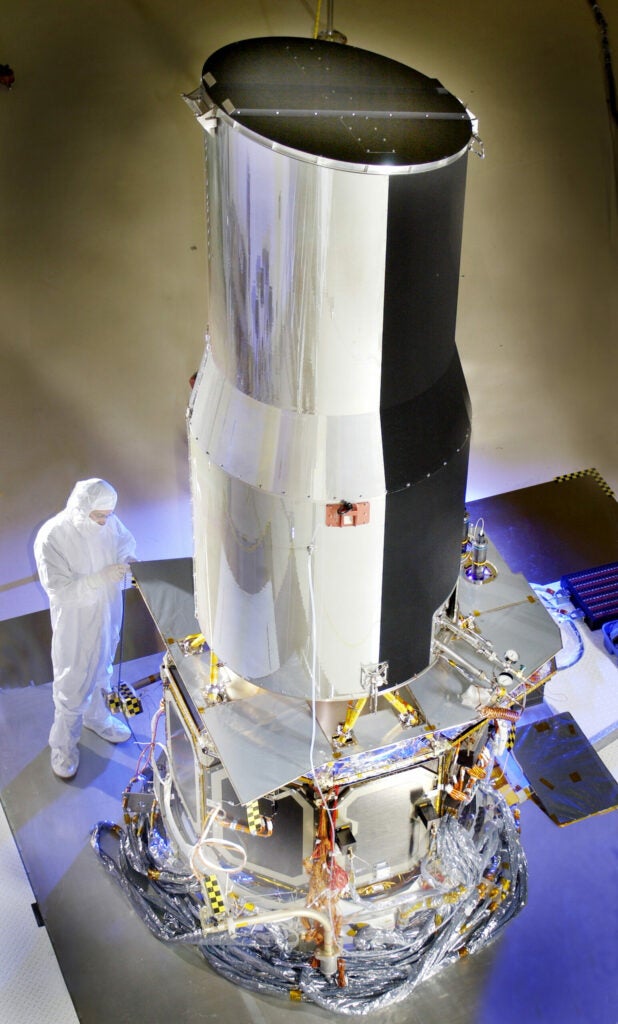 NASA’s other famous Great Observatories (besides the Hubble Space Telescope) have provided glimpses into a universe we otherwise couldn’t see. The Chandra X-Ray Observatory’s elliptical orbit, which takes it far away from Earth, gives it a better view of the highest-energy regions of space, like the aftermath of supernovae. Images from Chandra have helped scientists better understand pulsars and nebulae. The Spitzer Space Telescope (pictured), an infrared instrument named for the father of the space telescope, Lyman Spitzer, gives scientists a glimpse of the universe’s cooler objects, including small stars and extrasolar planets. Both telescopes have made discoveries that would be impossible from Earth. 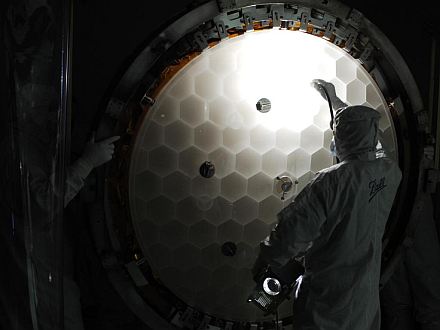 These scopes, one French, one American, are searching for other worlds in the Goldilocks zones of faraway solar systems — where the temperature is just right for liquid water. NASA’s Kepler telescope launched last month, and its dust cover was just removed this week so it can start making observations. Pictured is the final inspection of the honeycombed primary mirror of the Kepler telescope. Corot, or COnvection, ROtation and planetary Transits, is operated by the French and European space agencies. It has already made groundbreaking discoveries since its launch in December 2006, including the February 2009 announcement of a distant, tiny planet, less than twice the size of Earth, orbiting a Sun-like star once every 20 hours. 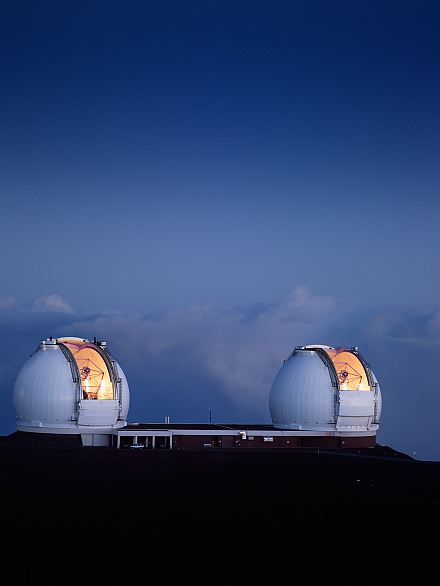 Keck’s twin 10-meter, 8-story, 300-ton telescopes are as famous for their design as their discoveries. Each primary mirror is composed of 36 hexagonal segments that work together as one single piece of glass — a revolutionary engineering feat that allows for massive mirrors. The Keck telescopes, perched on Mauna Kea, remain the world’s largest optical and infrared telescopes. They have helped scientists make some amazing discoveries: the presence of galaxies at the edge of the universe; studying supernovas to determine the universe’s expansion rate; the nature of gamma-ray bursts and, most recently, planets around other stars. 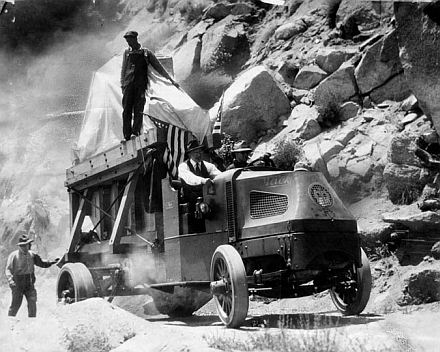 From the mule trains used to hoist the 60-inch mirror to the mountaintop to the cold nights Edwin Hubble spent rewriting our knowledge of the cosmos, Mount Wilson represents the evolution of the modern observatory, and one of the most important scientific places in history. George Ellery Hale’s 60-inch scope, which is no longer used for research, was used for studies of the spectral classification of stars, which forms the basis of modern astronomy. The 60-inch Hale telescope was the largest in the world 100 years ago, but within 10 years, it was replaced by a 100-inch scope next door. Using the 100-incher (pictured en route to the summit in 1917), Edwin Hubble discovered that the smudges of “nebulae” in the sky were actually distant galaxies; that the universe is expanding; and that the speed of that expansion is commensurate with a Big Bang creation. Mount Wilson was the premier observatory in the world for 40 years, until L.A.’s brightness led astronomers to look south, toward … 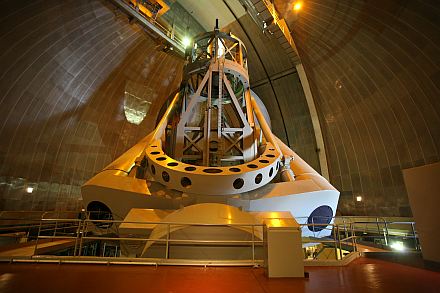 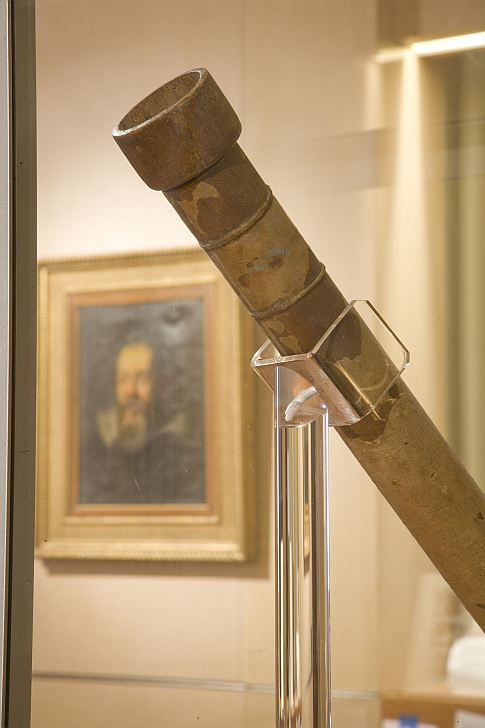 Galileo Galilei didn’t invent the telescope; he probably wasn’t even the first person to point a spyglass skyward. But his powerful telescope design allowed him to see farther than anyone had before — or at least anyone who had published his findings. His discoveries shook the foundations of Europe, earning him the title “Father of Modern Science.” With his 1609 telescope, he examined the moon, discovered four of Jupiter’s moons, watched a supernova, discovered sunspots and verified the phases of Venus. He was also convicted of heresy for advocating a heliocentric view of the universe. One of Galileo’s two remaining telescopes went on display this month for its first and only exhibition outside Italy, at the Franklin Institute in Philadelphia. 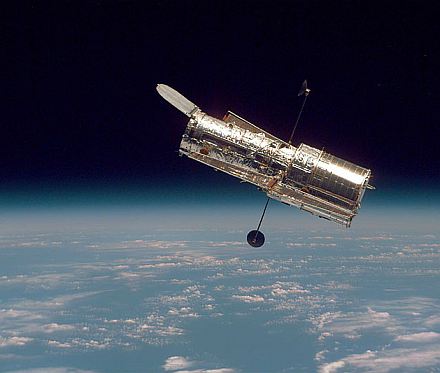 In 18 eventful years, the Hubble Space Telescope has lived up to its namesake, one of the greatest astronomers in history. Considering its famous rocky birth, breathtaking postcards home, and world-renowned discoveries, it would be hard to argue that a single other scientific instrument has had more widespread impact than Hubble. Frank Summers, an astronomer and outreach scientist at the Space Telescope Science Institute in Baltimore, puts it this way: “I often say to audiences, how many of you can name a particle accelerator? Or a scanning electron microscope? Those are other instruments that have made discoveries on par with Hubble. But they haven’t made it into the public vernacular.” Maybe it was the mirror flaw, or its triumphant repair; maybe it was the images of the Pillars of Creation, or the Deep Field. Hubble has captured the public’s imagination like no other scientific instrument, and has provided unparalleled scientific revelations; it’s the source of more than 6,000 research papers. A sampling of Hubble discoveries in the past 18 years: determining the age of the universe; verifying that dark energy is speeding up the universe’s expansion; taking photographs of planets outside our solar system, and the chemicals in their atmospheres. Hubble Servicing Mission 4, part of the space shuttle’s STS-125 mission, is scheduled for next month. It will be the last time humans visit the orbital observatory; if STS-125 is successful, astronomers hope Hubble will last another 10 years. But they know the telescope’s legacy will live far longer. “We’ve done a lot of looking back over 400 years,” Summers said. “Hubble is a fitting successor to the Galileo telescope, because it helped us see things that we’ve never seen before … Hubble did play a huge role in transforming people’s visions of the universe.”
Deep Space
Space
Space Telescope