Why your brain thinks these identical lines are different lengths

The Müller–Lyer illusion toys with how your brain remembers the world around you. 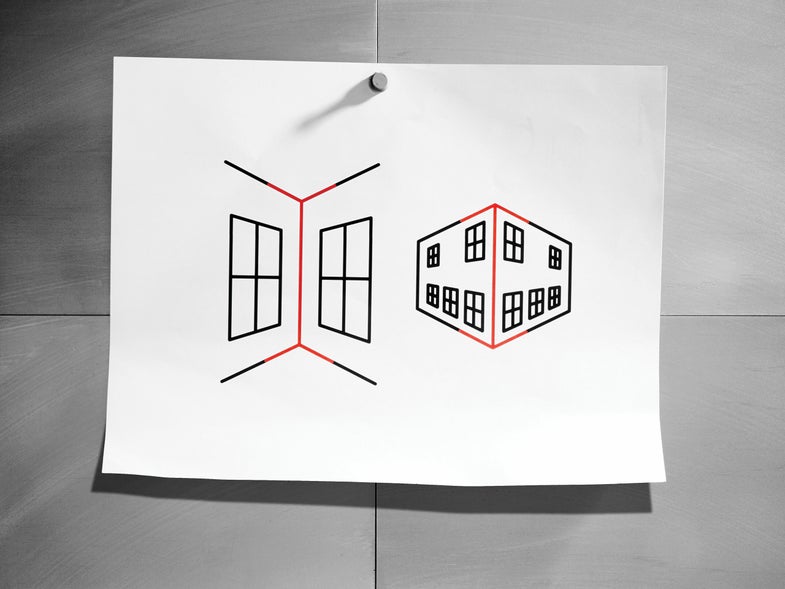 Our minds are so used to the world we live in that we often judge it based on past experience—not on our current view. The Müller–Lyer illusion, at left, is a near perfect case of this visual and mental muscle memory.

We see these two shapes—an erect line with angled tails that point either up or down—every day. The vertical lines that form the interior and exterior corners of the room and building are exactly the same length. But somehow the interior view looks much longer. Why?

According to some neuroscientists, when the red lines form an arrowhead, as seen on the right, they draw focus away from the vertical line, making it look shrunken. But others think the circumstances in which we encounter these shapes impact how we perceive them. One analysis of a group of images containing the illusion found that configurations that form arrow tails are typically farther away. Couple that with the fact that in general—and for reasons that neuroscience has yet to fully understand—distant vertical lines appear taller than closer ones do. These ideas get imprinted into our brains’ neural networks. So, when we see the shapes on paper, we get tricked. At least it’s not while we’re wandering around.