These two red dots are actually identical. Here’s how

It’s all thanks to the Ebbinghaus illusion. 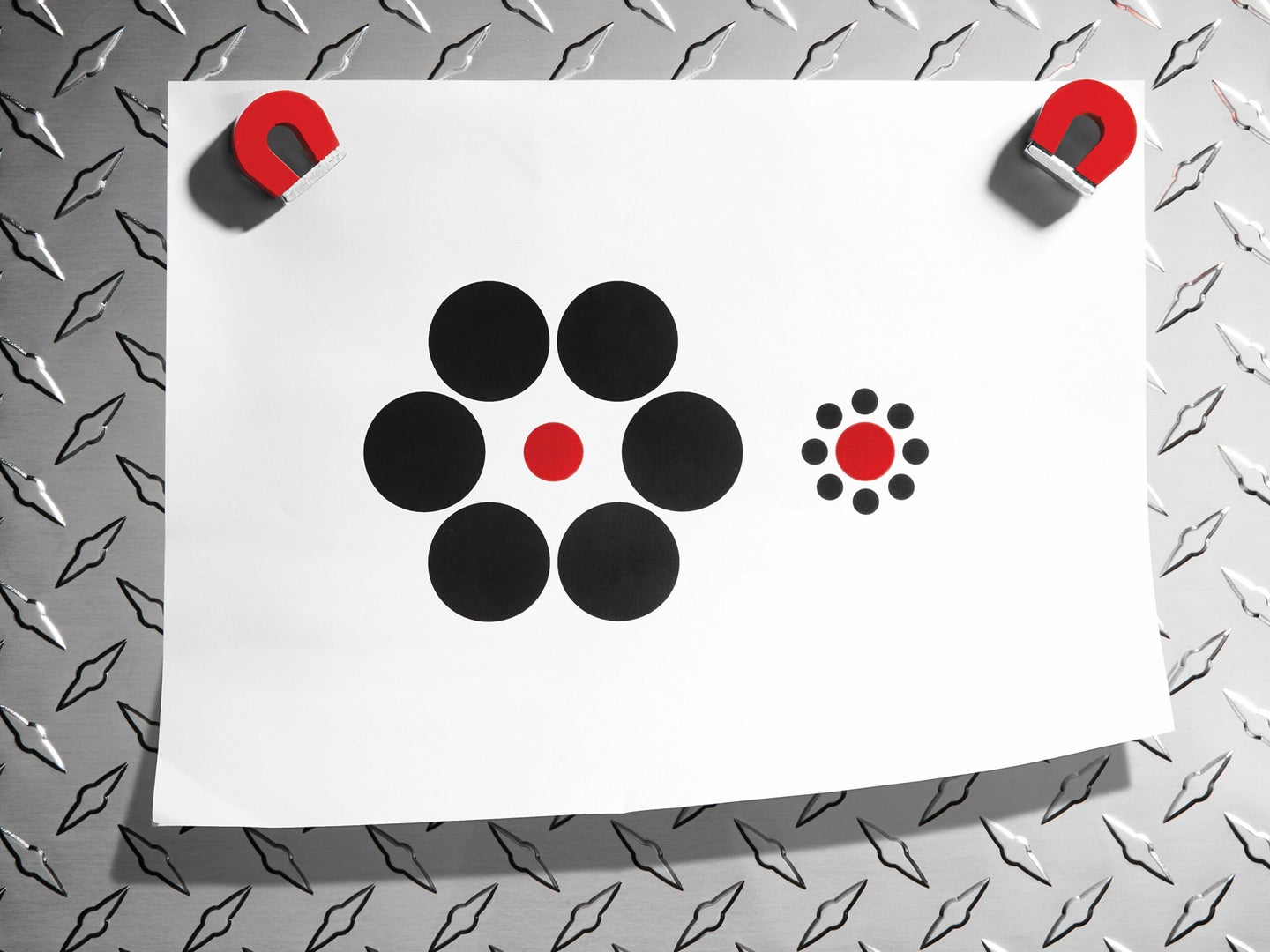 Which of the two red circles is bigger? The one on the right, right? In reality, the pair are identical.

Brain researchers hypothesize that this ­effect, known as the Ebbinghaus illusion, plays its trick based on how our brains ­interpret depth. From a lifetime of looking at things, we remember that smaller items tend to be farther away, while larger ones are closer. In this image, the brain reads the left ring of large, black circles as nearby and the right, smaller set as distant. Simultaneously, the brain also groups the red circles with their black surroundings. So the left one is also seen as nearby, and the right one farther away. When the brain compares the red circles, the only way for the right one to be more distant is if it’s larger than the left circle.

But not everyone is so easily fooled by this illusion. Neuroscientists and psychologists have two theories about why. First, they’ve found that individuals whose primary visual cortex covers a larger surface area—which varies among individuals as much as threefold—are less likely to fall for the illusion. The researchers surmise that’s because the neuron connections that compare the inner circle to the outer black ones get weaker as the primary visual cortex gets larger.

A person’s daily surroundings also affect their perception. Studies have found that people from rural regions, who aren’t constantly bombarded by visual distractions such as moving vehicles, traffic lights, and flashing street signs, are less susceptible to the illusion than city dwellers are. Having a broader view does have an upside, however: It means people can spot speeding buses before they hit them. The downside is that they’re less attuned to finer details, and more primed for Ebbinghaus.