What the heck is ‘ice VII,’ and why are scientists using lasers to make it?

No, it's not a superweapon. 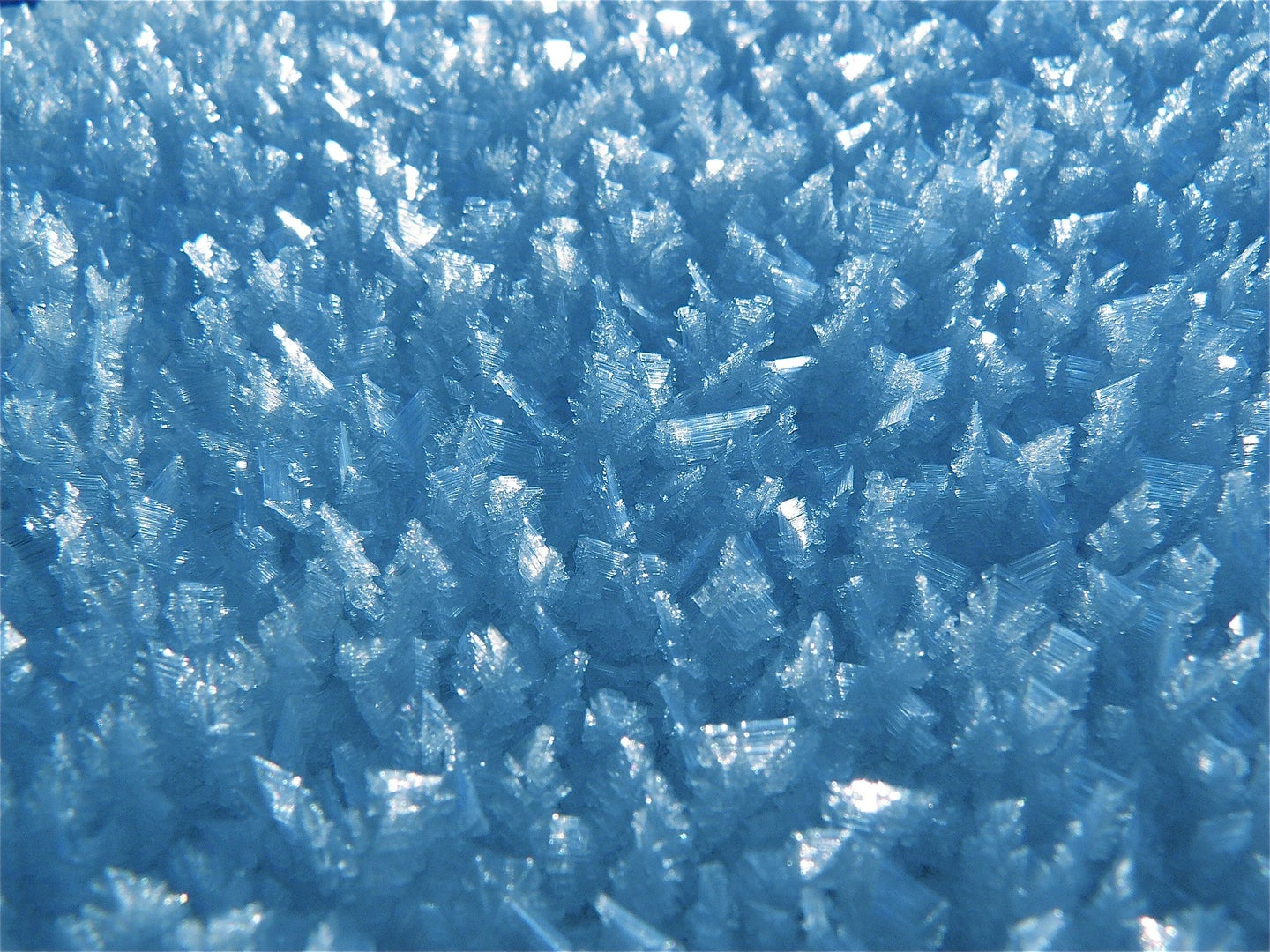 Sure, watching ice freeze sounds about as fun as watching paint dry. But that’s just because you haven’t tried making ice with some of the most powerful lasers in the world.

By firing the most powerful x-ray laser in the world (the Linac Coherent Light Source) at a vial of water, and taking the equivalent of high-speed camera images with pulses from another powerful laser, researchers were able to view the water lining up molecule by molecule into a phase of ice known as ice VII—a form normally not found on Earth.

Their results were published this week in Physical Review Letters.

“There have been a tremendous number of studies on ice because everyone wants to understand its behavior,” study author Wendy Mao, said in a statement. “What our new study demonstrates, and which hasn’t been done before, is the ability to see the ice structure form in real time.”

Other scientists created Ice VII in the lab before, but hadn’t successfully captured the freezing process. It turns out that this phase of ice—more commonly associated with planetary collisions in space—starts forming as tiny rod-like needles before freezing solid. Previous research indicated that the ice might first freeze into spheres instead. The new findings give us insight into all the weird ways that water can freeze, and are particularly exciting because while ice VII doesn’t exist on Earth in nature, planetary geologists do think that it exists on Europa and other exoplanets.

Ice on Earth, from the rocks in your whisky to the Greenland ice sheet, all freezes into the same phase: your typical, run-of the mill ice Ih (pronounced one h). The ‘h’ refers to the hexagonal shape that oxygen atoms line up in when transforming from a liquid or gas into solid ice.

But the hexagon is far from the only shape that water molecules can congregate in. All told, there are about 17 different crystalline phases that water can assume, given the right temperatures and pressures. (An 18th might exist in a weird, square form.) Earthly temperatures and pressures don’t vary by that much, compared to the vast and incomprehensible universe as a whole, so ice Ih is the only thing that shows up on our world.

But in other places and situations, where temperatures are higher and pressures lower than Earth (or vice versa), liquid water, water vapor, and ice might be stable at completely different points. Scientists conceptualize this using a phase diagram, which literally maps out the conditions under which a substance would be liquid, gaseous, or solid.

There are a number of distinct ways that the molecular components of water can line up into a solid, which is why the compound’s phase diagram is so strange. 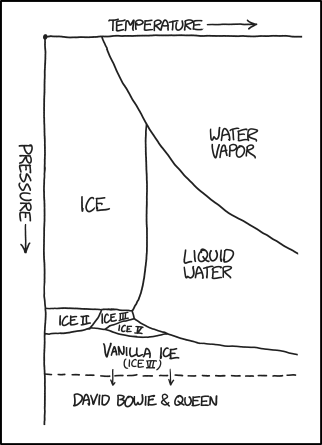 A completely imaginary but very amusing phase diagram for water.

Ok, fine, Vanilla Ice is not actually on the phase diagram. Water’s real phase diagram looks more like this—with roman numerals thrown all over the place.

Ice Ih dominates the space below 1 kilobar of pressure (almost 1,000 times the atmospheric pressure at sea level) and between freezing and -328 Fahrenheit. But move out of those frigid boundaries, and things start to get weird. Ice can exist at ridiculously high temperatures (think hundreds of degrees celsius) when it’s sufficiently under pressure.

Of the 17 recognized forms of ice, 11 show up on a typical phase diagram. IV, IX, XII, XIV, XVI, and XVII are weird cases. (For Vonnegut fans, no, ice IX will not freeze all water on Earth.) The first four are all metastable in other phases, meaning that they can exist briefly in the domains of other ice structures—so long as they are undisturbed. But change their temperature and pressure, and you can make them shift into another, more stable phase. Ice XVI and XVII were experimentally formed by stretching out ice in really low-pressure environments, leaving tiny molecular cages in between the frozen water molecules.

You’re not likely to ever encounter these forms of ice in your life. But isn’t it cool to know they’re out there?