Asteroids Are Much Weaker Than Earth Rocks

This is (probably) good for earthlings 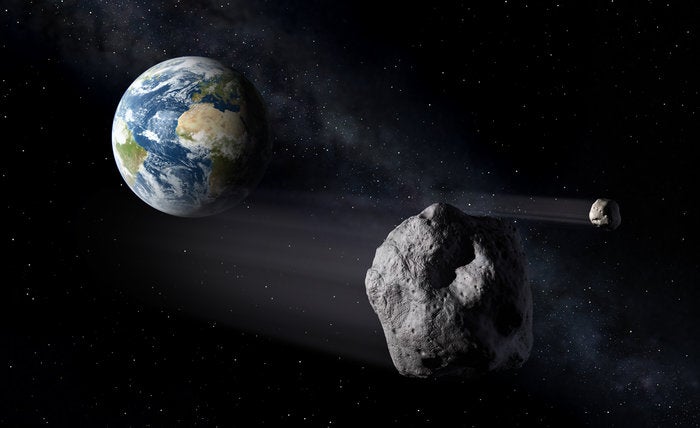 Asteroids are a lot less tough than we thought, and a lot more crumbly.

Scientists recently crushed up chunks of space rocks to see how they compared to terrestrial stones. The meteorites (asteroids that have hit Earth’s surface) were much weaker than Earth rocks, and “nearly as brittle as concrete,” reports New Scientist. This means they are more likely to break apart in the atmosphere.

This is cheering because asteroids are less dangerous if they fragment instead of plow a big crater into the Earth’s surface. On the other hand, weaker asteroids would be harder for us to knock away with thrusters or other tools, and might not have time to crumble before they make impact.