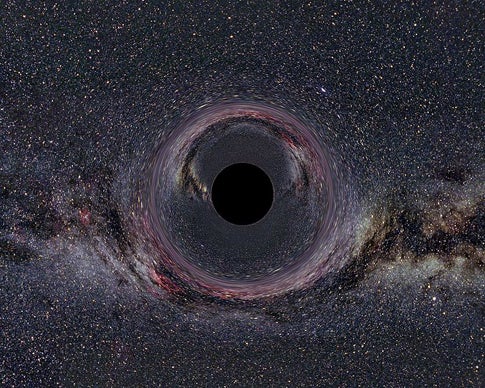 Stephen Hawking once theorized that black holes would emit a stream of electromagnetic radiation named, what else, Hawking Radiation. However, in the 35 years since Hawking made his prediction, no one has observed the phenomena. Now, a team of Israeli scientists are working on a way to make their own Hawking Radiation by creating an artificial black hole in their lab.

As reported in a recent paper on the physics website arxiv.org, the scientists simulated the black hole by sending sonic waves through a form of matter called Bose-Einstein condensate (BEC). BEC is a gas the exists only at the freezing temperatures near absolute zero, and the same equations that explain how sound moves through the condensate also describe how gravity effects light.

Using specially selected sounds waves, the scientists created a region within the BEC from which light could not escape. This is the first time anyone has succeeded in creating a so-called “sonic black hole”, although researchers have been trying for almost 30 years. Theoretically, the same phenomenon that causes real black holes to emit Hawking Radiation will also cause the artificial black hole to emit them, too.

And while researchers have yet to observe any Hawking Radiation, they are clearly well on their way. Using sound to create a black hole? Chris Cornell would be proud.