The New Spring, Brought To You By Climate Change, In Five Charts 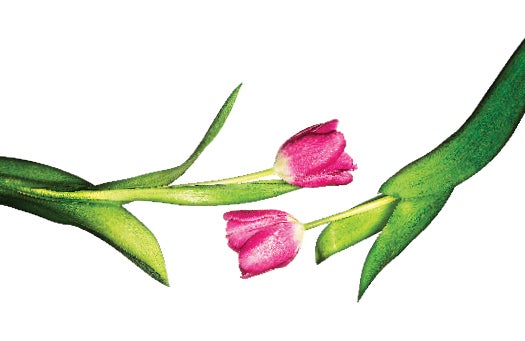 As the planet warms, the temperatures that trigger spring arrive earlier. But not everything’s adjusting on the same schedule. Flowers open before their insect pollinators come out, and birds return from migration too late to find their usual bug meals. Detailed study of ecological mismatch requires equally meticulous observations of historical timing—and a Boston University lab has found a trove in the journals Henry David Thoreau kept in Massachusetts in the mid-1800s. “They’re probably the oldest detailed records of flower and bird-migration times in the United States,” says Richard Primack, a conservation biologist who runs the BU lab. The diaries, together with more recent data, reveal an ecological system in flux.

In 2012, plants leafed out a full month early in some parts of the Northeast, as measured by satellite images that document levels of foliage. Scientists attribute the premature greening to abnormally warm weather.

More than 1,200 years of cherry-blossom records for Kyoto, Japan, show a trend toward earlier blooms in the past 100 years.

Nearby Boston delivers extra heat to Concord, making the town a case study for global warming in the Northeast. Wildflowers [pink] seem to respond to the new spring temperatures more than migrating songbirds do [green].

In Concord, insects, too, have responded to warming at a different rate. The BU lab has measured how many days each spring indicator shifts per Fahrenheit degree of warming [boxes]—though individual species vary [bars].

5. The future is uncertain

The wildflowers in Concord bloomed three weeks earlier in 2012 than they did in the 1850s, when Thoreau observed them. Ecologists see three possible futures for how spring may continue to evolve.

Spring temperatures are an average of March, April, and May, except the bird trend line, which is March and April.