Great tits are killing birds and eating their brains. Climate change may be to blame. 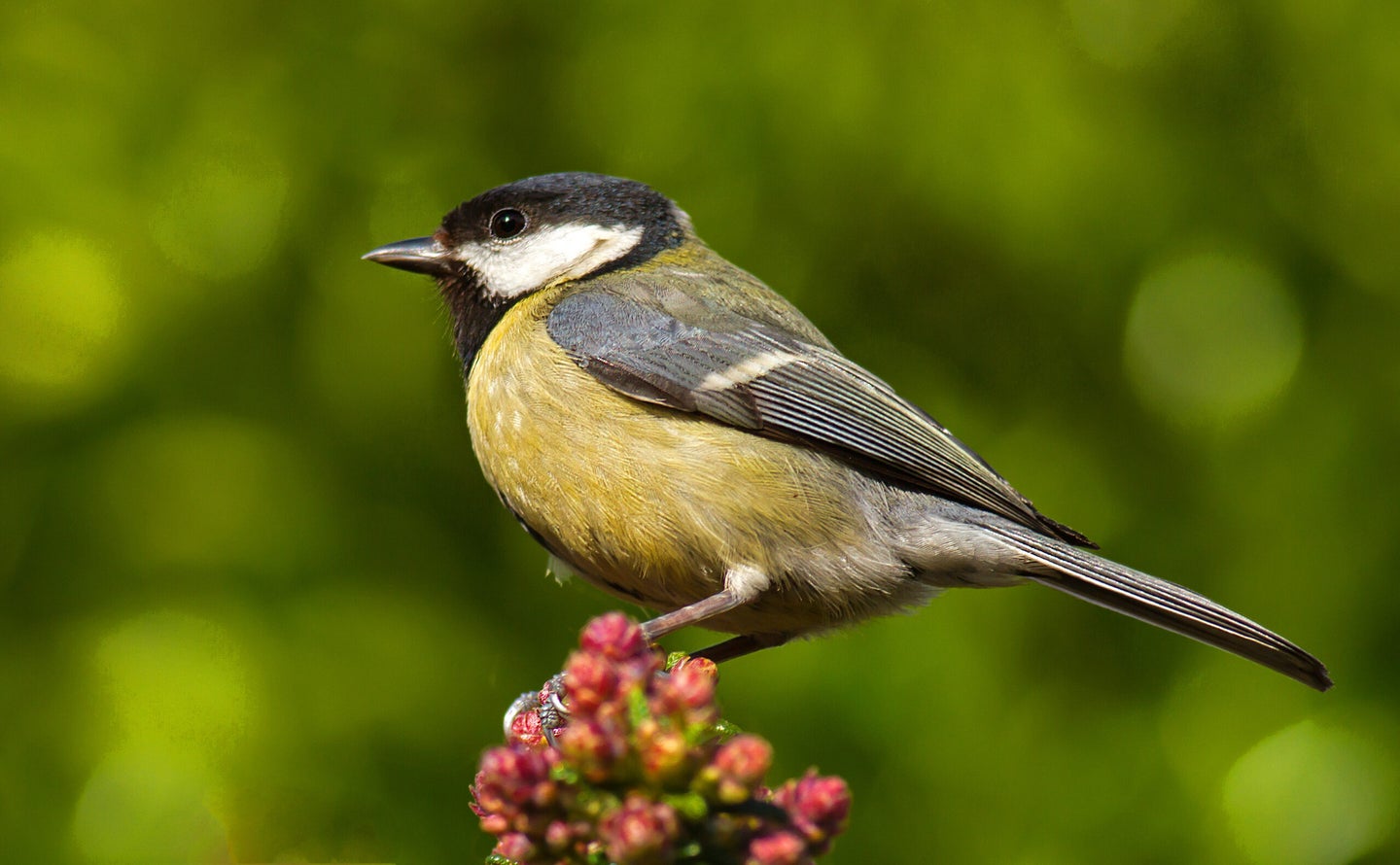 Don't be fooled by the great tit's cute appearance. It's actually an aggressive murderer. Martin Cooper on Flickr
SHARE

Every year, little black-and-white birds called pied flycatchers make the lengthy trek from sub-saharan Africa to northern Europe to feast on caterpillars, claim a nest, and have babies. This typically goes off without a hitch, and the birds return to Africa a few months later, offspring in tow. But recently, some flycatchers have arrived to find their nesting sites occupied by haughty, territorial great tits. And those birds don’t just chase flycatchers away—they brutally attack them, kill them, and eat their brains.

The reason for such grisly bird murders might be due to a shift in migration and nesting timelines for both birds, according to a new study published Thursday in Current Biology. While great tits typically breed two weeks earlier than pied flycatchers, their breeding periods now occasionally overlap due to climate change-related factors, the authors say.

Sara Keen, a behavioral ecologist at Cornell University who wasn’t involved with the new study, says she was really struck by how behavioral changes in response to climate change can manifest in a wide variety of ways, like an uptick in macabre bird murders, for instance. “It can be particularly challenging to predict how mixed species communities will be affected,” she says.

Great tits live in European forests like the Dwingelderveld and Drents Friese Wold forests in the Netherlands, where the study took place, all year round. Flycatchers, on the other hand, are merely regular vacationers. Since the 1980s, flycatcher breeding season has been inching up earlier in the month of April. Warm spring temperatures have caused caterpillar populations to boom sooner in the month, so flycatchers adapted to that and started arriving a bit earlier, too. That wouldn’t be too big a problem for flycatchers, except that great tit breeding periods are also in flux. Now, when tits delay their breeding period a little bit in colder Aprils, they overlap with the flycatchers, and violence ensues.

There’s limited nesting space in many of these birds’ favorite forests in the UK and the Netherlands—the trees can be quite young and have very few woodpeckers, so natural tree holes birds would usually nest in are few and far between. Volunteer groups and academics have installed nestboxes, basically standardized birdhouses, to help. But with climate nudging bird breeding schedules closer together, there aren’t enough nestboxes to go around, which is why flycatchers arrive to find their usual nests occupied. Ungracious hosts, the tits eat their brains.

In fact, according to data taken from 950 nestboxes and involving nearly 3,000 birds between 2007 and 2016, the authors found that great tits killed nearly one in ten flycatchers in some years.

“Great tits are superior competitors when it comes down to a brawl,” says Jelmer Samplonius, lead author of the study and climate change ecologist at the University of Edinburgh. (He worked on this study while at the University of Groningen in the Netherlands.) “They have really strong claws, and they hold onto [the flycatchers] and peck the back of their skulls, always in the same spot.”

Samplonius says great tits are somewhat larger and heftier than the pied flycatchers, which are smaller, lighter, and more nimble after evolving to fly long migratory distances. To be fair, flycatchers have been known to defeat great tits in aerial battles, but territorial disputes rarely end in their favor.

And why do the tits do this, exactly? Samplonius thinks they might use flycatchers as a food source. But he says this aggression isn’t really unusual great tit behavior.

“I’ve seen [videos] online of a great tit invading a flock of foraging birds, killing and eating them,” he continues. “It’s quite a ferocious bird. People see it as a cute garden bird that comes to the feeder and eats some seeds, but some of them have a real anger management problem.”

Luckily for pied flycatchers populations, the murdered birds were often “surplus” males that arrived late to the Dutch forests, desperate to find a mate and a nest. The deaths haven’t had a big impact on the population because those late males probably wouldn’t have had babies anyway. But there’s always the chance that it could get worse.

Whatever the flycatcher population’s future may hold, Samplonius says this is a prime example of why it’s essential to study how climate change can shift animals’ schedules, often with deadly consequences. Keen from Cornell agrees. “Understanding different responses to changing environments will be a crucial part of species vulnerability assessments in coming years,” she says.