What a bunch of nerds. 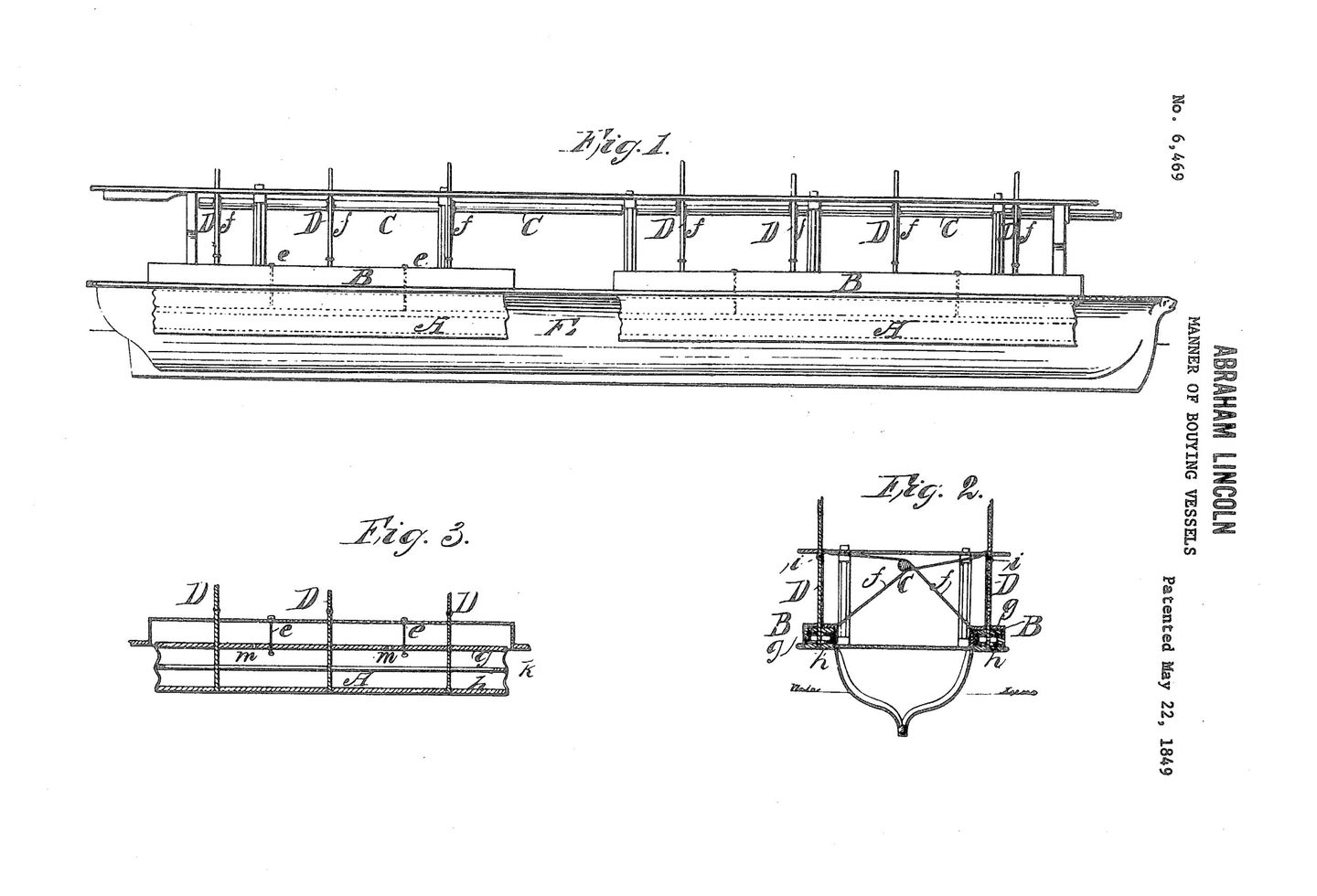 Abraham Lincoln is the only president that holds a patent. U.S. Patent Office
SHARE

President’s Day is one of those holidays you forget about until you realize you have the time off from work. Or, if you don’t get off work, a holiday you forgot about until precisely this moment. It’s just so ambiguous—which presidents are we supposed to be celebrating, anyway?

Until we get some more clarity on the yearly occasion, we’d like to give you a specific list of those to ruminate on—because they’re the ones who didn’t just champion science, but took science into their own hands.

Sure, you may know that Jefferson invented the swivel chair, but did you know how into sloths he was? (You would if you listened to our podcast, The Weirdest Thing I Learned This Week!) Jefferson—or probably, more accurately, someone who brought him the evidence—found bones from a giant ground sloth in a cave in West Virginia. He originally thought the skeleton belonged to a giant cat, and in fact wrote to the American Philosophical Society documenting the find in 1797.

Had people of that era known about the giant sloths that used to inhabit the planet, Jefferson probably would have been equally thrilled since he was fascinated by all thing ancient and enormous. Part of the reason he was so enthusiastic about sending Lewis and Clark west was that he hoped they would find mastodons still roaming the plains. These gargantuan mammals were, intellectuals like Jefferson thought, going to prove to snooty European naturalists that New World animals weren’t inferior after all (this was a real debate that intellectual men of the time were having). Of course, they didn’t find live mastodons, but they did find the American mastodon’s remains in Big Bone Lick in Kentucky. Lewis and Clark sent the bones back to the White House, where Jefferson sorted and catalogued them before sending them off to various scientists. That’s how French researchers identified the American mastodon as a separate species from the European one.

For all these efforts, Jefferson had the Megalonyx jefferonii sloth named after him. He also casually helped set up the first system of weather stations. It is in part because of him that the National Oceanic and Atmospheric Administration has a continuous climate record stretching back nearly 125 years. But the sloth thing is funnier.

James A. Garfield published a trapezoid proof of the Pythagorean Theorem

If you have no idea what “trapezoid proof of the Pythagorean Theorem” means, don’t worry. Almost no one does. What’s important here is that James A. Garfield, a president best known for his six-and-a-half month stint in office, is the only president ever to prove a math theorem. The Pythagorean Theorem is, of course, the fundamental relationship between the three sides of a right triangle: a2 + b2 = c2. There have been hundreds of proofs over the centuries, but Garfield still got his published in the New-England Journal of Education in 1876 while he was a member of Congress.

The Great Conservationist set aside 230 million acres of land for protection by signing the American Antiquities Act in 1906, but before he had the powers of the executive branch behind him he was an amateur ornithologist. As a teenager, the American Museum of Natural History notes that Roosevelt learned to identify most bird species in the northeastern corner of the US by their song, flight pattern, courtship rituals, and plumage. He even collected a snowy owl (no mention of how he got it) and mounted it himself. The bird got donated along with many of his other specimens—including mouse skeletons, a seal skull, and roughly 250 other items—to AMNH when he died.

He gave up ornithology when he decided to run for the New York State Assembly at 23 (the youngest man ever elected to the office), but he famously kept his passion for nature. You have him to thank for the preservation of Grand Canyon, which Congress didn’t want to turn into a national park, as well as the 51 federal bird reserves he created to protect his earliest passion: birds.

Plus he’s the reason we call them “teddy bears.”

Since he needed another accolade, Lincoln is the only US president to hold a patent. US6469A is titled “Buoying vessels over shoals,” and was filed more than a decade before Lincoln became president (but just after his single term as a House Representative from Illinois’ 7th district). It’s not so much that he needed to buoy vessels over shoals as a House member—this was an idea left over from his days hauling both people and produce along the Mississippi River.

The shores tended to shift and reveal shallow sandbars that his boat would run aground on, and according to the Smithsonian’s account he’d then have to then unload a bunch of cargo to get the boat riding high enough to clear the bar. It was a real pain. Lincoln figured if he could attach big balloons made of waterproof fabric along the hull, he could lift the boat up out of the water by filling them with air from bellows. Paul Johnston, curator of maritime history at the National Museum of American History, told Smithsonian Magazine that it’s a nice idea but probably impractical. Fortunately, Lincoln had other talents.

You might think President Carter got elected to the Georgia Agricultural Hall of Fame because, well, he’s probably the most famous peanut farmer besides George Washington Carver himself. But you clearly don’t know much about the history of peanut production in Georgia (which, by the way, produces half of the US peanut crop).

Carter spent two year producing all of the seed peanuts for the great state of Georgia, because he did things like follow University of Georgia specialists around the fields asking them questions and ask for copious notes from customers on how well the seeds he sold them grew. He went on to become president of the Georgia Crop Improvement Association, where he continued helping his fellow peanut farmers find better ways to practice agriculture. Then, when he became capital-P President, he continued helping the agricultural and conservation efforts that farmers cared about.

After he was done being president, he founded the Carter Center, which is leading the international campaign to eradicate Guinea worm disease. It’s likely to be the first parasitic disease ever eradicated and only the second eradicated disease period, behind smallpox.