Honeybees are surprisingly great at math

Bees know something about nothing 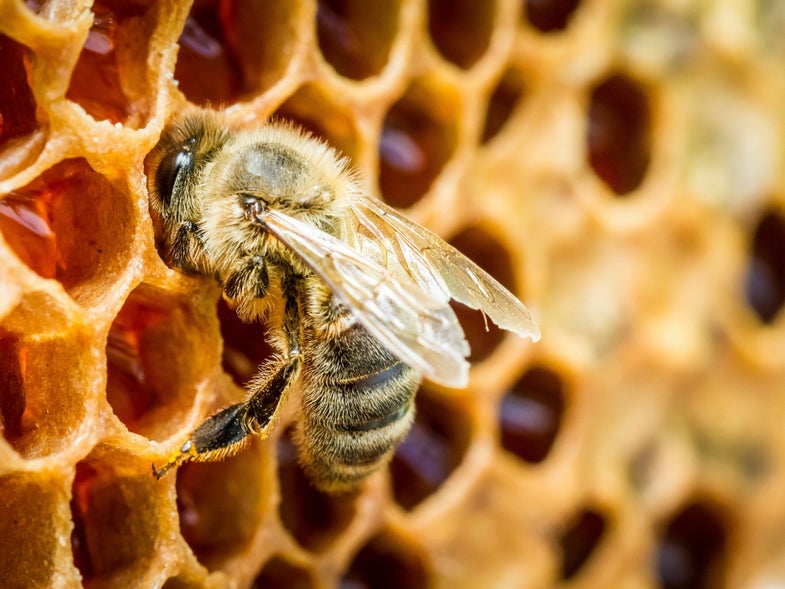 Zero is an extremely hard concept to understand. Quantities of things—whether they are bundles of fruit, communities of people, or blocks of wood for construction—are vital to our livelihood. But nothing, as far as the brain is concerned, is far different than something.

Humans have had a hard time coming to terms with this concept. But our ability to grasp zero as a distinct numerical value is a vital part of modern mathematics, engineering, and technology. In recent years, we’ve learned that other animals have also developed an understanding of nothingness. Several species of non-human primates and birds, like the rhesus monkey and the African grey parrot, can all identify “none” as “something.” And, according to a report out this week in the journal Science, honey bees, apparently, belong to that math club as well.

We already knew that the honeybee is no dummy. In previous studies, researchers have found that stingers have the intellectual wherewithal to count and discriminate objects in quantities of up to four. That’s already pretty impressive for a species that has far fewer neurons in their brains than any other animal with similar mathematical counting skills. In this new study, scientists at RMIT University in Melbourne, Australia wanted to know if the buzzers could also prove their understanding of zero as a quantitative value. The team was surprised to find that the critters can, indeed: The bees could discriminate a value of one from zero with moderate ability, and that success increased when higher values were compared to zero.

To keep the bees interested in counting (a rather boring task), the researchers used sugar water as a reward. They taught the bees that when presented with cards with varying amounts of symbols, sugar water would sit behind the card with the least amount of symbols. The bees understood and would always fly to the low-symbol card—an impressive feat. Then, the researchers presented the bees with another set of two cards: This time, one had nothing on it and the other had either one symbol or more. When judging between zero or one, the bees flew to the card with nothing on it more than the card with one thing, showing that they understood that “nothing” was less than one on the numerical scale. As a whole, the bees were even better at distinguishing zero or nothing from larger numbers like four or five, showing that they understood how a numerical scale works, and where zero sits on it.

Why is this achievement so interesting? In an accompanying commentary piece on the paper, Andreas Nieder, an animal physiologist at the University of Tübingen in Germany, points out that the last common ancestor between humans, who can also obviously distinguish zero (starting at around four years old), and honey bees lived more than 600 million years ago with a far less developed brain than either species has now.

At that point, humans and bees evolved separately, and bees developed a brain with far fewer neurons than big-brained people. For reference, a bee has fewer than 1 million neurons; a human has 86,000 million. Yet, both species both developed the ability to distinguish nothing. This, Neider suggests, means that numerical competence may be extremely valuable. “Studies examining animals in their ecological environments suggest that numerical competence is beneficial for animals by enhancing their ability to reproduce, navigate, exploit food sources, hunt prey, avoid predation, and engage in social interactions,” Neider says.

But how do these animals with such few neurons in their brains comprehend this hard mathematical concept? Scientists still don’t completely understand, but studies done in corvid songbirds and non-human primates have shown that a group of neurons in the brain dubbed “number neurons” might be the cells responsible for these numerical comprehensions. These cells respond in different ways depending on the number of components presented.

Neider writes that while our brains are clearly wired to process stimuli that are something—like a light stimulus triggers our visual neurons in the same way a sound stimulus makes our auditory neurons work—the concept of nothing is just as significant. Understanding better how our brains, and those of other species in the animal kingdom, comprehend “nothing” as a numerical value could help us better explain how we see and interact with the world.