Even our ancient ancestors had to deal with bed bugs 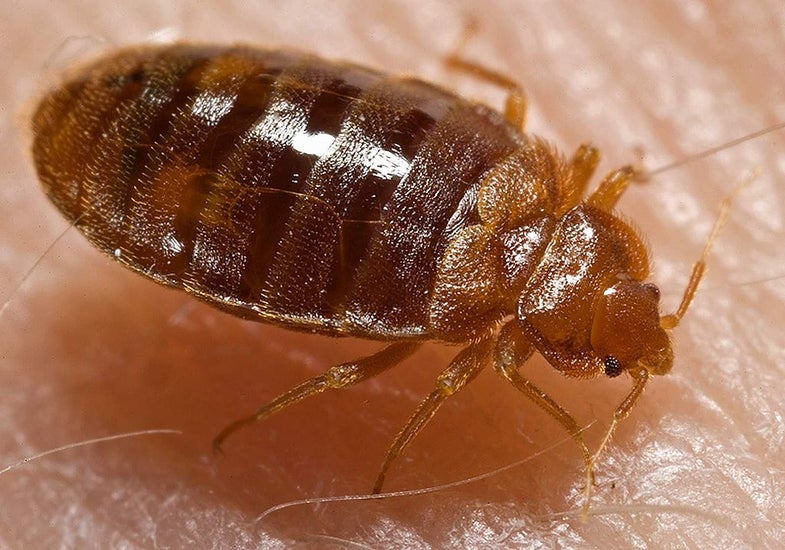 For about as long as humans have been living in places, bed bugs have been infesting them. In a new study in Journal of Medical Entomology, researchers present evidence of the oldest bed bug ancestors ever uncovered: tiny fragments of insidious insects from some 5,000 to 11,000 years ago.

Cimex lectularius and Cimex hemipterus, the species that haunt our nightmares (and sometimes, if we’re really unlucky, our apartments) are thought to have split from their close relatives at least 98,000 years ago—perhaps even before modern humans hit the scene 200,000 years ago. But we only know that by turning back the evolutionary clock in their DNA.

“Cimicidae is almost unknown in the fossil record,” the researchers wrote in the study. One fossilized bug from a mid-Cretaceous amber deposit in Myanmar is considered a member of the same broader family as Climex, but it’s not a close relative—Quasicimex eilapinastes is what’s called a stem-group member, which means it descended from an ancestor shared with the bed bug but has no living descendants. Cimex lectularius has been spotted in the remains of wells and latrines from colonial Jamestown and settlements of similar time periods, and once even in 3,500-year-old fossils in Egypt, but the rest of the insect’s history is without record.

The newly described ancient insects aren’t of the sort that would suck human blood, but they represent the oldest-ever fossilized records of the genus Cimex. Until these bits of Cimex pilosellus, Cimex latipennis, and Cimex antennatus were found, the oldest known bed bugs of any sort were the Climex lectularius specimens found in Egypt in the 1990s.

The fragments described in this new paper belonged to species that feed on bats. But, study author and zooarchaeologist Martin Adams told Live Science, they likely “would have fed on humans if the opportunity presented itself.” There are many recorded instances of this in the modern day, the researchers noted.

The insects’ location—Paisley Caves in Oregon—played host to humans during the same time period, so it would have been difficult for those settlers to avoid playing host to some bat-loving bed bugs. So why didn’t the ancient blood suckers adapt to these convenient sources of nutrition? It seems likely that species such as lectularius branched off from their relatives in the midst of a similar set-up—with humans and bats living alongside one another in caves—tens of thousands of years earlier. Why didn’t it happen again, creating new lineages of bed bugs that preferred, well, beds? Not that we’re complaining. But it’s a puzzle Adams and his colleagues are trying to work out.

“Were the cimicid populations too small to establish themselves outside the caves, or were the host populations too small?” Adams pondered in a statement. “Given that Paisley Caves was only a seasonal occupation area for human hunter-gatherers, did the humans move around too much, or were the bugs not able to withstand the environment outside the caves for very long? Or, were there other constraints involved?”

These questions might sound like an itch not worth scratching if you’re not an entomologist. But the more we understand about the common bed bug’s lineage, the better equipped we are to keep them from creeping into our modern homes.