The Ray is a rural testing ground for cutting-edge tech. 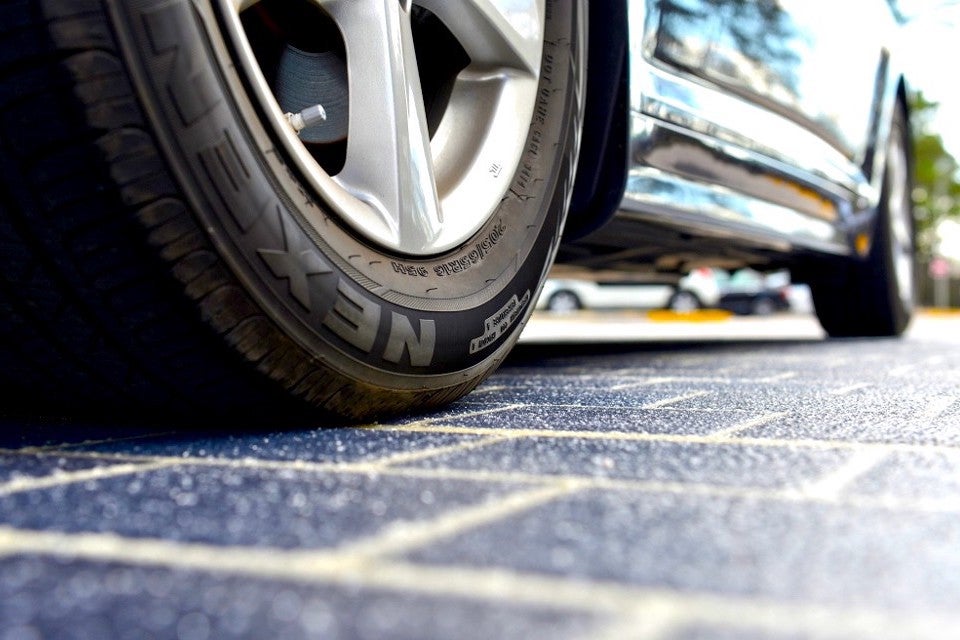 It’s not often that captains of industry have epiphanies about climate change. So it was remarkable when, after reading The Ecology of Commerce in 1994, carpet manufacturer Ray Anderson set out to clean up his petroleum-intensive operation and succeeded in cutting net carbon emissions by more than 80 percent. Dubbed “America’s Greenest CEO,” Anderson dedicated his twilight years to proving that businesses could turn a profit without “digging up the earth and converting it to pollution.”

In a tribute to their late father’s vision, Anderson’s daughters have turned an 18-mile stretch of rural Georgia highway named after Anderson into a living laboratory for clean energy innovation. The Ray, as it’s known, aims to be “a zero carbon, zero deaths, zero waste, zero impact highway,” and it is deploying a slate of cutting-edge technologies to achieve these goals.

“We’re not putting solar panels on the side of the road and calling it green,” said Anderson’s daughter Harriet Langford, president of the Ray. “We’re fundamentally changing our assumptions and expectations of highway infrastructure. Roads can be safe, sustainable and regenerative. We’re proving that, and the world is starting to notice.” Here are three technologies already installed along on the Ray:

Solar panels provide energy for this charging station at the West Point Visitor Information Center. It can charge most electric vehicles 80 percent of the way in less than 45 minutes.

A plate at the West Point Visitor Information Center gauges the pressure and tread depth of each tire. A kiosk delivers a printout with the measurement for each tire. Drivers can fill up their tires for free at a nearby pump, improving fuel efficiency.

The Ray is also looking to install a number of innovations that are still in their infancy. “New technologies are coming to market that can make our highways the safest driving routes in the world, while at the same time making them useful in generating clean, renewable energy,” Langford said. Here are three innovations possibly headed for the Georgia highway:

The next generation of electric cars will able to charge wirelessly using an electromagnetic field to transmit energy, and engineers are looking to build highways with embedded wireless charging. Charging lanes would be a welcome, if costly, addition to the Ray.

Noise-canceling barriers would block the sound of cars while providing a place to embed solar panels.

Each stud would feature a small solar panel and a battery. It would charge during the day and light up at night, urging drivers to slow down when it’s raining, for example, or alleviating rush-hour traffic by marking the shoulder as an extra lane.

Other existing or planned improvements include roadside wind turbines and solar panels; wheat farms that produce straw that can be turned into toilet paper and paper towels; and flower gardens that will serve as habitats for pollinators — birds, bees, bats, butterflies and other creatures that plants depend on to reproduce. The Ray is also considering using drones to inspect damage to roads and bridges. And, it is looking to repave the highway using a mix of asphalt and recycled tires, which will cut down on noise and improve the durability of the road. These are innovations that, Langford said, “demonstrate my father’s philosophy of doing well by doing good.”

Anderson firmly believed the degradation of the environment would someday be considered a crime. But he realized that, for that to be the case, “there must be a clear, demonstrable alternative to the take-make-waste industrial system that so dominates our civilization.” The Ray is a testament to his view that that alternative already exists, and that new technology can stave off environmental disaster.

“We have a choice to make during our brief, brief visit to this beautiful blue and green living planet: to hurt it or to help it,” Anderson said, “For you, it’s your call.”