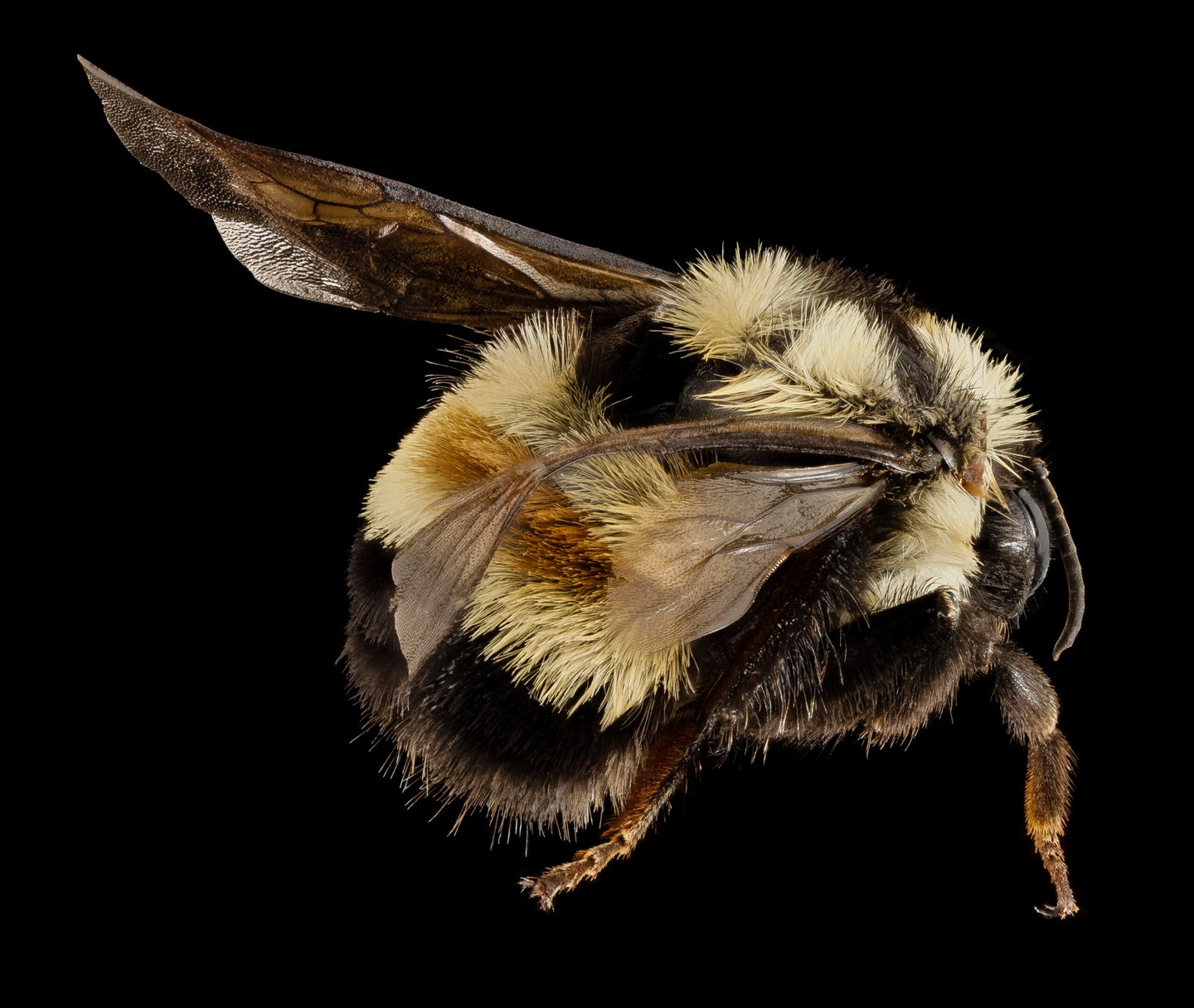 The rusty patched bumblebee is the first bee species in the Lower 48 to join the endangered list. USGS
SHARE

Just a few decades ago, the rusty patched bumblebee pollinated crops and wildflowers in 28 states. Now, as of Tuesday, it lives on the endangered species list.

A statement on the Fish and Wildlife Service (FWS) website says the species’ population has “plummeted” by 87 percent since the 1990s, its range now limited to small pockets in just 13 states.

Sam Droege from the U.S. Geological Survey runs a volunteer bee-monitoring network. He says that out of the thousands of bees they’ve collected in the past decade, they haven’t seen a single rusty patched bumblebee. “Our last one was collected in 2002.”

The rusty patched is the first bee species in the continental U.S. to get added to the endangered list—and the first bumblebee, or member of the genus Bombus, in the entire country—but it joins seven Hawaiian bees who made the list last year.

They may have more company soon. The New York Times reports that the FWS is considering putting three more bee species on the list: Franklin’s bumblebee, the western bumblebee and the yellow-banded bumblebee. Bombus franklini may already be extinct, says Droege.

Bumblebees pollinate about a third of our crops, including apples, tomatoes, cranberries, and peppers. That service, combined with the work of other bees and different kinds of pollinators, is worth about $3 billion a year.

Unfortunately, these fuzzy fertilizers are declining across America and across the globe, which could threaten our food supply as well as biodiversity.

But we may not even comprehend the full scope of the problem. Without a national monitoring program that keeps track of how bees are doing, says Droege, “to some extent we are flying in the dark here.”

It’s unclear exactly what’s causing the declines, but it’s likely a combination of several factors, including loss of habitat, diseases and parasites, pesticides, and climate change.

Adding this species to the endangered list may help to give it a little wiggle room by adding certain protections. And there are a few things you can do to help, too, like planting native flowers in your lawn or on roadsides.

“While it’s very sad to see these bees disappearing, I am heartened to see that there was enough interest and a great deal of effort to put at least [the rusty patched bumblebee] on the endangered species list,” says Droege. “This is not a trivial feat.”