The wackiest-looking birds are the most at risk for extinction 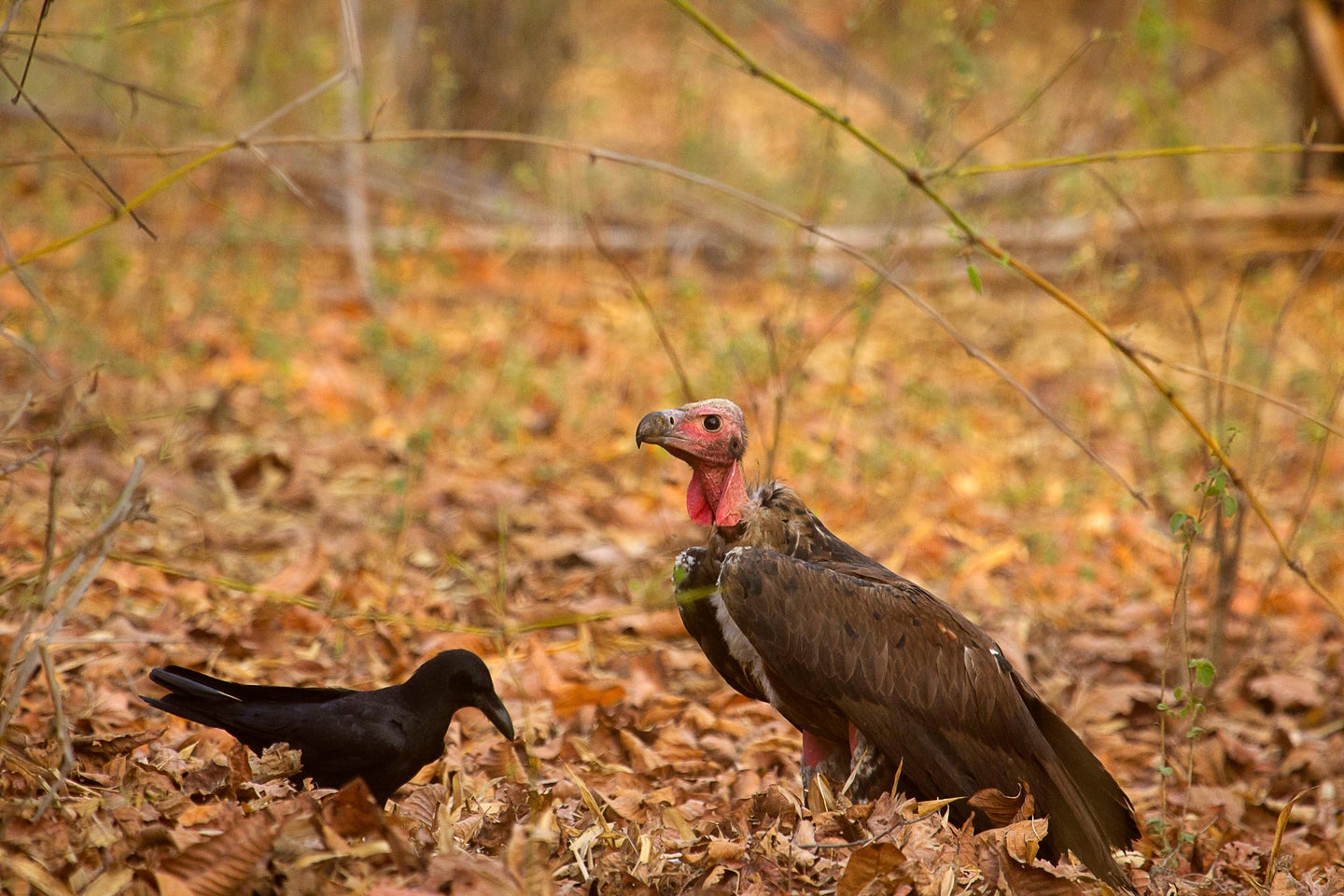 Many of the world’s rarest birds are also oddballs. There are frigatebirds, with inflatable necks; hornbills, with faces shaped like a pair of bananas; and glossy kingfishers with cartoonishly large heads.

That means that avian eccentricity itself may be in danger. Across the world, so many species have disappeared or are disappearing that ecologists agree we are entering a sixth extinction event, on par with the dinosaur die-off. In an analysis published Thursday by British biologists in the journal Current Biology, the birds at the greatest risk of extinction are also disproportionately diverse. If the extinction crisis continues apace, the world will be left not only with fewer species of birds, but the ones that are left will look—and often act—like one another.

“It’s quite stark, actually,” says Emma Hughes, an ecologist at the University of Sheffield and the paper’s lead author. The “horrific” pattern showed up in every type of landscape, from grasslands, to forests and swamps, and in half of the world’s ecoregions. “We’re seeing not only species loss happening, but we’re losing diversity of morphology at a really high rate,” she explains.

The project began with a catalog of thousands of bird bodies housed in the collection of the UK’s Natural History Museum. For years, Hughes helped create 3D models of bird beaks—a famously adaptable feature of bird anatomy that shaped Charles Darwin’s theory of evolution.

That library of bird bodies allowed the researchers to develop a global picture of bird diversity. The average bird, morphologically speaking, looks a lot like a crow. The major variation is size—a bald eagle is about 1,000 times the weight of an Anna’s hummingbird. But there are also shapes: the sweeping wings of acrobatic swifts, the stilt-like legs of cranes, the scoop bills of brown pelicans, and the chisel bill of pileated woodpeckers.

Birds at risk of extinction, as defined by the International Union for Conservation of Nature, an international collaboration that maintains a “red list” of endangered species, carry a disproportionate amount of that bodily weirdness. The IUCN lists 111 bird species as critically endangered. Pull them from the global pool, and physical diversity plummets. When the researchers did the same with endangered—though not critically so—birds, diversity also crashed. But when they removed just the not-threatened birds, they saw no impact.

“The biggest thing [about this paper] is the huge scale of data they investigated,” says Allison Shultz, who studies bird evolutionary biology at the Los Angeles County Natural History Museum, who wasn’t involved in the research.

Almost everywhere on Earth was affected, but certain regions and ecosystems lost more diversity. Islands jumped out, although perhaps not as much as expected given that they tend to act as biodiversity hotspots. Hughes suspects that’s because many unusual island species, like the North Atlantic’s penguin-sized great auks, or Madagascar’s elephant birds, are already gone. “I think we’ve already lost a lot of diversity on islands,” she says.

But the research also uncovered overlooked threats to diversity. Hughes’ analysis found that the high plateaus around the Himalayan Mountains were at extremely high risk of homogenizing. “It turns out these areas have got quite a number of critically endangered vulture species,” Hughes says. And vultures are physical outliers, huge bodies with a long, hooked beak that helps them dig into carcasses.

There’s a reason why unique physiques are vulnerable. Animals with especially strange forms have often adapted to some specific part of their environment, like hummingbirds that drink the nectar of a single type of flower. That leaves them more susceptible when the environment changes, whether because of habitat destruction or climate change.

By contrast, less specialized species can thrive in the wake of human disturbance. “Species that are more generalist in nature take opportunities with new food resources, like your crows and your sparrows,” Hughes says.

[Related: Australian cockatoos are teaching each other to open trash cans]

If anything, the findings capture only part of the world’s threatened diversity. Although the physical measurements appear to have captured trends in how species evolved, they don’t pick up some of the most iconic features of different species: “There’s color, patterns, songs, how birds interact socially with each other,” Shultz says. The study authors  “did not see a lot of morphological diversity in the tropics. And that’s actually where most of the color diversity lies. So there could be other signals that come across when you look at other aspects of bird biology.”

There’s nothing wrong with the average crow or sparrow—generalist species are amazing exactly because they’ve been able to carve out homes among humans. But animals with offbeat traits often play special roles as pollinators, seed dispersers, or scavengers; if they’re mission, it could unravel the web of relationships that tie an ecosystem together.

That’s playing out right now among the vultures around the Himalayas. Over the last 40 years, vulture populations across the Indian subcontinent have declined about 95 percent, largely because of the proliferation of a veterinary antibiotic that’s toxic to birds. “Losing these species can have quite dire consequences for humans,” Hughes says. As carcasses go uneaten, rats and feral dogs have taken over as scavengers. “Those mammalian predators spread things we’re quite vulnerable to as humans—rabies, bubonic plague—so that’s a direct consequence of losing vultures.”