Australian cockatoos are teaching each other to open trash cans

Sulfur-crested cockatoos living in the Sydney suburbs are going through a kind of cultural renaissance. 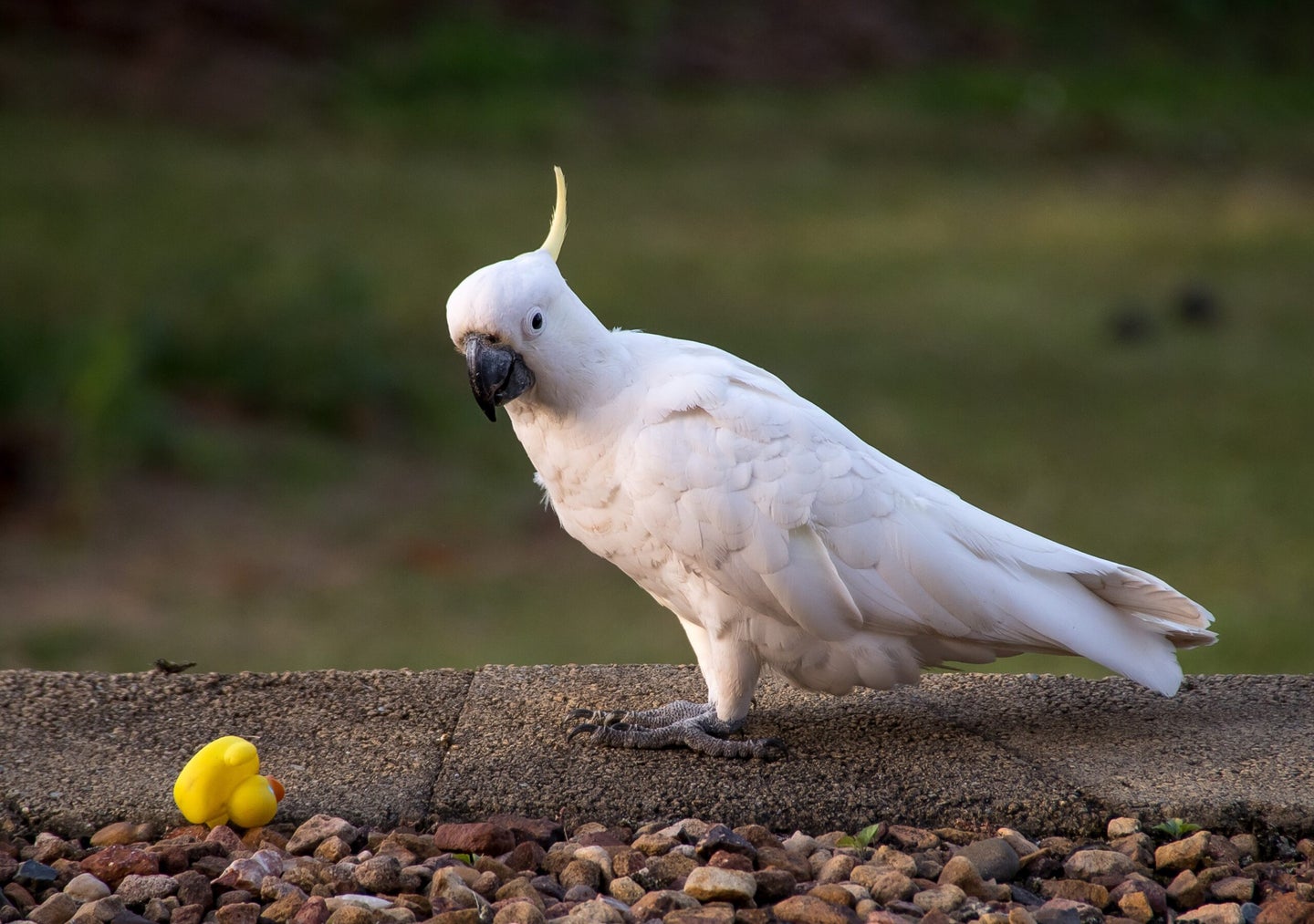 Somewhere in the last decade, in the suburbs of Sydney, Australia, a parrot learned to pull the lid off of a trash can. First it stood on the edge of the lid and, bending head over heels, pried open a gap with its beak. With the lid in its mouth, it stepped onto the bin’s mouth and pushed, until the lid was high in the air, and then tipped over entirely. The bird grabbed some ripe trash, and feasted.

Then something surprising happened: it taught another parrot to do the same. And another, and another, until the suburbs around Sydney were full of parrots that could open trash cans.

That learning process, documented between 2018 and 2019 via a citizen science initiative, the “Clever Cockie Project,” is the latest example of cultural evolution in the animal world. On some level, parrots—in this case, sulfur-crested cockatoos—are exactly the kind of animal that you’d expect to develop culture.

Cockatoos are a notoriously chatty, social species, and if you squint, don’t act so differently from the crows, apes, and whales that are already known to develop cultures. (According to a DIY experiment by a Guardian columnist, they’re better problem-solvers than human toddlers.) What makes the project especially eye-opening, according to results from the project published in the journal Science, is that cockatoos are in the first years of an avian renaissance, giving us a firsthand look at how cultures emerge and grow.

Since 2018, the research team had noticed that some cockatoos used a methodical approach to open trash cans. So they began recruiting people to keep an eye out around their suburbs for dumpster-diving cockatoos. At the same time, the researchers themselves fanned out across the metro area with video cameras, hoping to document the birds at work.

Unfortunately, the cockatoos were too fast. They opened trash cans within seconds, and the cameras weren’t catching them in the act very often. So four teams set out baited bins to watch the process in action. A team of two would open a bin in view of a cockatoo, and set small pieces of bread—which they note is “a preferred food for urban cockatoos”—on top of the trash pile, then close it up again and set a camera rolling. (A second team member was needed, a supplement to the article notes, partly to “explain the research to residents.”)

The citizen reports suggested that cockatoos had learned the skill in three close-in suburbs close to the city center sometime before 2018. By late in that year, the skill was widespread in those areas, and parrots in surrounding neighborhoods had also picked up the trick. By the end of 2019, the researchers collected reports of trash-opening in 44 different suburbs.

[Related: Switching off the lights could protect wild birds]

The researchers don’t know exactly how knowledge gets passed between birds. For one thing, one subgroup, heavy males, tended to do the most bin-opening, and sometimes competed over prime trash. There might be some teaching involved, or cockatoos might simply learn by watching. Citizen scientists often noticed multiple cockatoos gathered around a can.

But mapping out the occurrences also revealed a surprise. Sometime in 2018, birds far to the north of Sydney also began opening trash cans, and their neighbors quickly picked up the skill as well. But the researchers believe that the northern cockatoos figured it out entirely separately.

The birds may actually be in the first stages of developing distinct regional cultures.

Cockatoos don’t fly very far, and the urban birds tended to avoid the forests that separated various suburbs, so far-flung suburbs acted a bit like islands with their own sub-populations of birds. Meanwhile, individual cockatoos had slightly different approaches to the problem. Some pried open the lid with their beak, while others realized that the step wasn’t necessary. Some shuffled to the left along the can’s rim, others to the right. And like finch beaks diverging in the Galapagos, or languages emerging in isolated valleys, the style varied slightly from region to region.

This isn’t the first time scientists have documented local traditions in other animals. Other parrots are known to sing regional songs. In some species of whale, different social units have “dialects.” Previous research by the leader of the cockatoo study suggests that one species of crow not only manufactures hooks to “fish” for bugs, but that there are cultural variations in the technology.

Perhaps strangest of all is the fact that cockatoos are originally forest dwellers, who adapted to gather food on the margins of jungles. Now, they’re developing a culture that lets them live in a world built by humans.