Some Australians Want To Rent Out Endangered Wildlife

Could private markets give koalas a new lease on life? 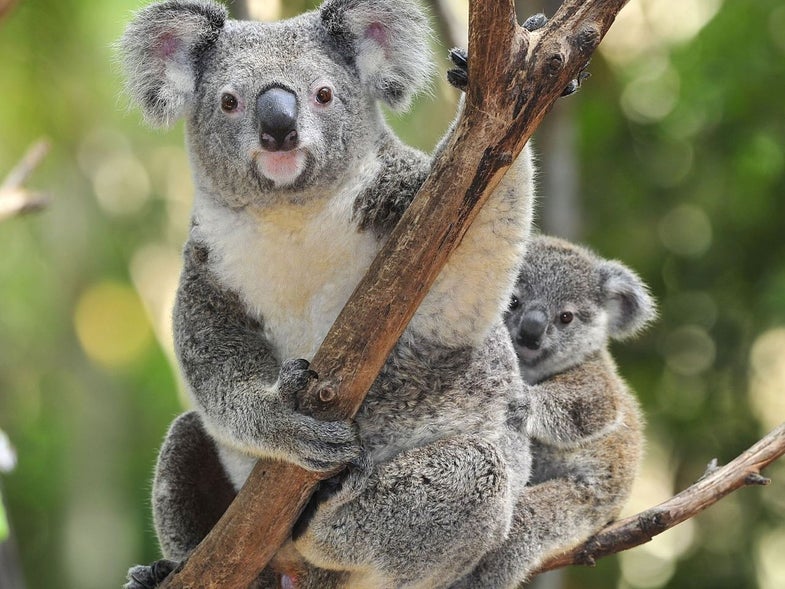 Koalas are one of the vulnerable species the proposal suggests could be leased. Others are Tasmanian devils, rock wallabies, bettongs, and bandicoots. Австралиец via Wikimedia Commons
SHARE

Ever wanted to own a koala? Or a Tasmanian devil? Australians might get that opportunity sometime in the future. A proposal to offer private ownership of endangered species has gained traction in Australia this week, after prominent electronics businessman Dick Smith (who is more or less the Bill Gates of Australia) came out in support of the plan.

Globally, extinction rates are 100 to 1,000 times greater than the natural. As a result, many ecologists think Earth is in the midst of a mass extinction event on par with the one that ended the dinosaurs. But in this case, we’re the giant asteroid. Australia in particular has been home to nearly half of the mammal extinctions of the last 200 years. And while the governments around the world have tried mightily to combat extinction trends, they have not been succeeding. This is why some scientists believe a new approach is warranted.

The current proposal, led by ecologist George Wilson of Australian National University and published in Conservation Letters last month, works like this: Endangered species of wildlife, currently “owned” (if wild animals can be owned) by the government, could instead be owned by private landholders, investors, or community groups. The owners, in turn, could breed more animals on their own land, and lease or sell the surplus individuals to other private owners. In this way, they might profit from these transactions, or perhaps from wildlife tourism. “The role of governments would be to regulate the leasehold arrangements and any animal welfare issues, rather than be sole managers of wildlife,” said Wilson in a press statement.

The goal is to increase suitable habitat for threatened species in addition to increasing their populations.

Wilson points out in the study that this concept is not new and has been employed in South Africa, Namibia, Botswana, and other African countries all to varying degrees of success. “Although wildlife management in Southern Africa has different aims, success there suggests that the approach is worth trialling in Australia.”

Not all conservation biologists agree that such a system is the best approach. “The idea of putting endangered species into sort of a market trade dynamic is, on the whole, a little bit frightening,” says conservation biologist Holly Jones of Northern Illinois University. “What happens when the market for an endangered species tanks for whatever reason? And we don’t have a market incentive to save it anymore?”

Certainly new concepts and approaches are needed in a rapidly changing world that’s snuffing out species at breakneck pace. But whether this approach of commodifying wildlife is the right one remains hard to say. “In a perfect world, if individuals could take care of endangered species and they could survive and persist, that would be great. But I don’t think we live in that world,” said Jones with a sigh. “I think what it is is a sad commentary on how underfunded conservation is.”