These sterile mice have been modified to make rat sperm

The stem cell technique could offer a new approach to repopulating endangered species with the help of another. 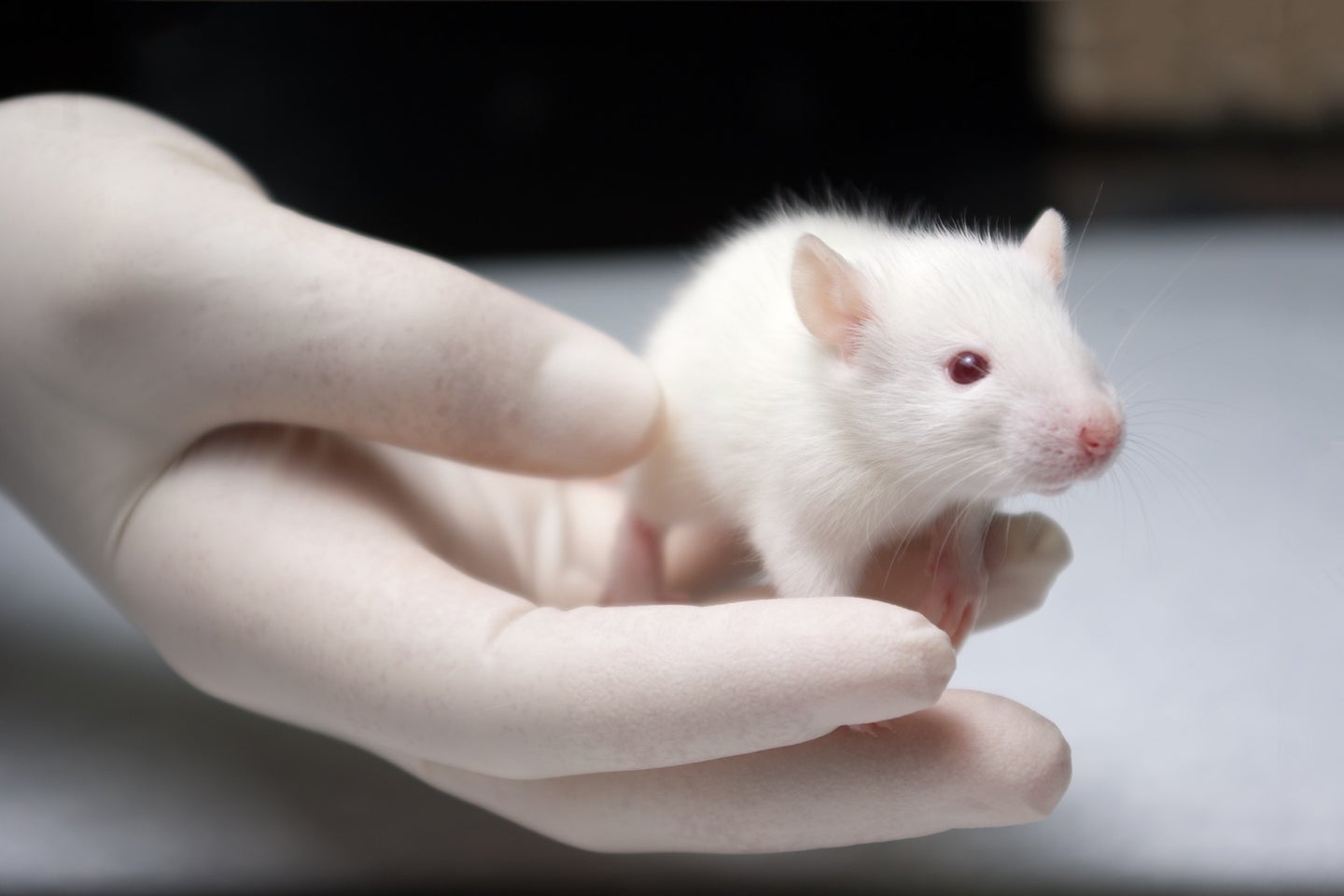 If endangered species populations can't be saved in the wild, maybe creating sperm and egg cells in the lab can help. Deposit Photos
SHARE

Biologists have successfully engineered animals that produce the sperm of a different species, which brings labs one step closer to animal reproduction that uses nothing but the animal’s DNA. And while there’s potential to rebuild endangered species populations, or even bring extinct species back to life, don’t worry—Jurassic Park will probably stay fiction.

The new research published today in Stem Cell Reports has demonstrated that it is possible to produce rat sperm in sterile hybrid mice. While the technique still needs to be fine-tuned, the study authors say that their approach of adding engineered stem cells from one species to embryos of another species, called blastocyst complementation, has the potential to boost endangered species. If at-risk species aren’t able to maintain healthy numbers, generating their eggs and sperm in a lab could be used as a new tool to build populations up.

Previous research had already shown that rat sperm could be made in mice using pluripotent stem cells, says Ori Bar-Nur, a biologist at the Swiss university ETH Zurich and a coauthor of the study. The process involves creating a chimera, which is an artificial genetic hybrid of multiple animals—in this case, mice and rats. But past experiments with rat-mice chimera produced mouse sperm in addition to rat, resulting in a mix that was difficult to distinguish, isolate, and use. Unlike these past experiments, Bar-Nur and his team used mice that were genetically sterile. By adding the pluripotent stem cells of a rat to a sterile mouse embryo at a particular stage in its development (in this case the blastocyst stage) only the rat’s sperm formed in the resulting rat-mouse chimera.

“It’s removed a hurdle, especially if the process can work with other species,” says Kevin Gonzales, a postdoctoral stem cell biology researcher at the Rockefeller University who was not involved with the study.

This new system wasn’t a perfect success, though. The sperm produced by the chimeras could fertilize rat eggs, but at a relatively low rate, and the resulting embryos didn’t develop into live offspring. Bar-Nur and his team aren’t sure why this is, but they suggest that it could be because the cells had been frozen and thawed, which is known to reduce viability. “It’s something we still need to pursue and are working on,” Bar-Nur says.

Still, Gonzales says that the team’s ability to engineer a chimera that exclusively produced the sperm of a different species shows promising progress for the future of stem cell propagation in conservation efforts. Continuing down this line of research has the potential to repopulate endangered (or even extinct) species with dwindling numbers. Small populations lead to a dangerous lack of genetic diversity, which increases the risk of extinction. “If you think about critically endangered species, you probably won’t have access to spermatozoa,” explains Bar-Nur. “But you might have tissue samples, and if we could transform that into pluripotent stem cells and find an evolutionarily close species, we could potentially, eventually, repopulate the species.”

There are a number of steps left before this technology can be put to practical use. First, biologists have yet to actually develop a living creature with sperm made from this particular type of stem cell propagation, blastocyst complementation. Additionally, no one has been able to produce female eggs with this method. However, both Bar-Nur and Gonzales say there’s every reason to think it’s possible.

Gonzales points out that future use of the application will depend on having or making pluripotent stem cells. Samples of endangered species’ tissue are being collected and preserved, so labs could gain access, he says. However, the specific set of genetic keys needed to transform cells into pluripotent stem cells varies from species to species. The DNA sequences  of lab mice, for instance, are relatively well known, but those of a rare tiger might not be.

The reproductive systems of mammal species present another barrier: they will need hosts to carry any viable embryos, says Gonzales. Even if sperm and eggs are successfully created and combined, it’s unknown whether the embryo could healthily develop in the uterus of a different species, even one that is closely related.

So as Jurassic Park-esque as it sounds to use cell samples to bring an extinct species back to life—or even a nearly-extinct species back from the brink—researchers still have a few hurdles to overcome before the technology can be put into practice.