After the dinosaurs died, lichens found a way

The asteroid that destroyed much of life on Earth allowed other species to thrive. 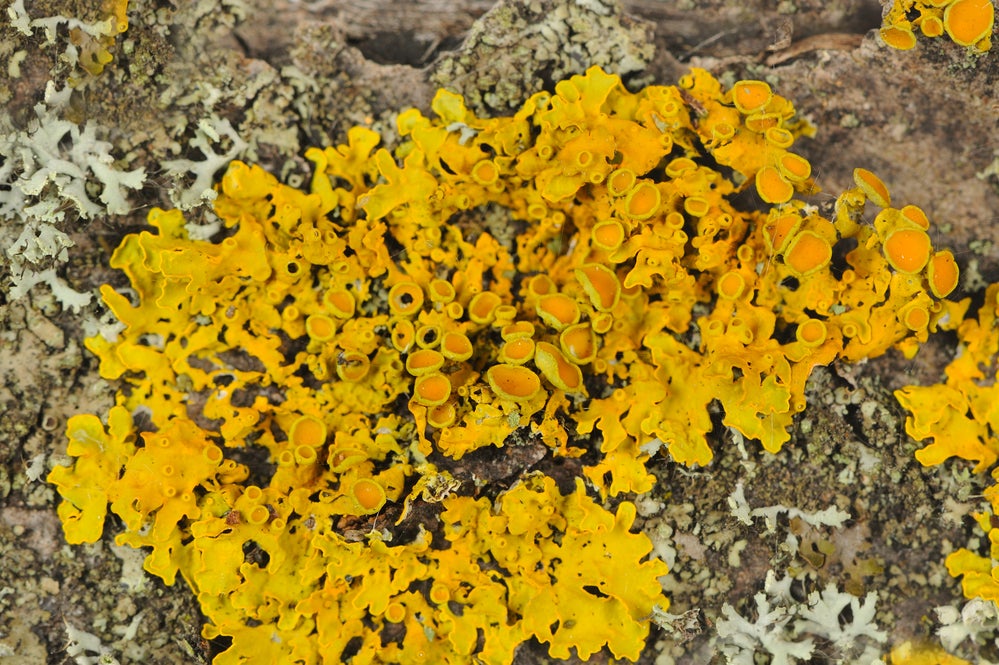 “I like to read the stuff that has nothing to do with my research,” he says—which is how he found himself totally absorbed in a paper about the asteroid that collided with Earth 66 million years ago, decimating dinosaurs, birds, insects, and all manner of other life.

To understand how that cataclysmic collision impacted lichens—co-dependent organisms made of fungi and algae or cyanobacteria—Lumbsch and some colleagues studied the DNA of modern lichen to trace their evolution. Their findings, published Friday in Scientific Reports, shows that three families of lichens rapidly took hold and diversified after the asteroid event—contrary to what the scientists expected at the outset of their research.

Fungi—a kingdom of life separate from plants and animals that includes mushrooms, yeasts, and molds—are the natural world’s decomposers. Some are parasitic, like the white nose syndrome plaguing North America’s bats or the chytrid fungus that has infected some 500 amphibian species. Others are symbiotic, like the fungus that live alongside trees, or the lichens all around us.

“You’ve seen lichens a million times, even if you didn’t realize it,” says Jen-Pan Huang, a co-author of Friday’s paper, in a press release about the study. “If you go on a walk in the city, the rough spots or gray spots you see on rocks or walls or trees, those are common crust lichens. On the ground, they sometimes look like chewing gum. And if you go into a more pristine forest, you can find orange, yellow, and vivid violet colors.”

Before they set out to find the answer, Lumbsch and Huang doubted lichens would have fared well after the asteroid-caused mass extinction. Clouds of ash from the crash coated the skies, blocking sunlight and cooling the planet—which made it hard for photosynthesizing plants to survive. Since lichens contain a plant and a fungus, it seemed those conditions would impede their survival.

“I thought, the fungi, they must have had a great time—there was so much death,” Lumbsch says. “But the lichens, they must have really suffered. The problem with lichen is there’s very few fossils, so we don’t know what became extinct through these events.”

By comparing the DNA sequences of different modern species of lichen, Lumbsch’s team were able to extrapolate how long ago they had a common ancestor, and map their family tree and when each of its branches formed to become the groups of lichen we see today. For the study, they also examined the rare lichen fossils available to them from hundreds of millions years ago.

Altogether, their findings suggest a boom in some types of leafy lichen diversity after the asteroid collision. Which kind of makes sense, Lumbsch says, if you think of the collision as wiping a blank slate for fresh forms of life to emerge from.

“Ecological niches were free and could be filled by new species,” Lumbsch explains. “It fits into this emerging picture that tells us there was really a turnover of the whole fauna and flora through this event 66 million years ago… What we see now in the vegetation around us is the product of an evolution that began after this event.”

Zooming out, Lumbsch thinks this study highlights how a dramatic event can reshape the environment for millions of years afterward—which suggest the ecological impact of the human-caused mass extinction we face today will ripple out for an untold period of time.

“Some groups suffer, some groups are favored,” Lumbsch says. “This tells us we can expect a change of climate will definitely impact the evolution of species.”