A project launched today by researchers in Aberdeen and the RSPB will see a group of Scottish birds writing their... 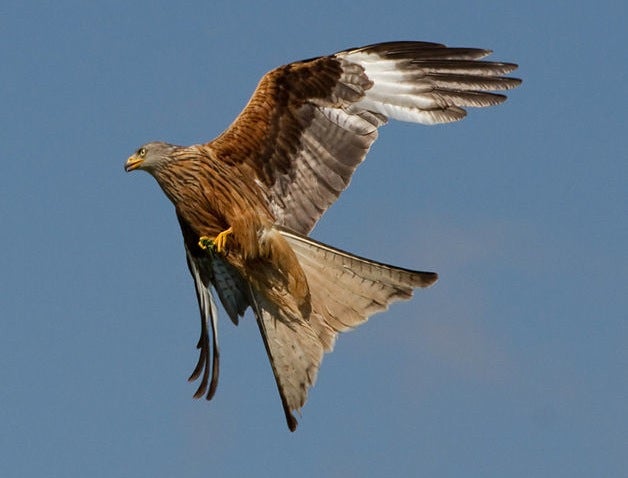 A project launched today by researchers in Aberdeen and the RSPB will see a group of Scottish birds writing their own blogs.

Readers will be able to track the daily lives of red kites as they travel around the Scottish Highlands by visiting a website set up as part of efforts to ensure the species is successfully reintroduced to the area.

The four blogging kites have been fitted with satellite tags that relay their position up to six times a day. This location information is automatically linked to weather, habitat and geographical data. So readers can hear from Millie about where she has been over the past week or catch up with Moray’s roosting habits. They’ll find out about the kind of food Moray has come across and the habitats she has visited by checking for weekly updates. If the birds come across each other during their travels, that information also makes it online. The kites’ personal website comes complete with author biographies, a map that charts their movements and links to flickr images of their daily commutes.

All the blogging birds are from the Black Isle near Inverness, one of two areas in which attempts to reintroduce red kites to the UK began in 1989. While the birds managed to set up a viable population in the other location in the Chilterns (southern England), they struggled in Scotland. To work out what happened to the birds, some were equipped with a satellite tag and monitored by the RSPB.

The RSPB has long been working to monitor the birds and inform children in particular about their progress. In recent years, an RSPB kite officer has been writing blogs about their whereabouts using information from the tags. After a while, though, that proved a tedious task given the complex nature of satellite tag data.

But the birds are now going it alone with technology developed by the dot.rural research hub at the University of Aberdeen. Their blogs will come directly from the skies using Natural Language Generation.

The kite blogs were developed through collaboration between computing and ecological scientists at Aberdeen University and conservationists at the RSPB. Raw data from the satellite tags are automatically analysed to detect patterns which are ecologically interpreted and directly converted into a blog. This automated blogging system is the first of its kind and enables large amounts of data to be instantly converted into readable text. Simply by flying around with a tag on its back, a red kite is allowing a computer to write the story of its life – through weekly blogs about how and why it explores the landscape around it.

Red kites were persecuted from the 18th century right up until late in the 20th century as they were viewed as a threat to farming and game-shooting. By the 1940s they were extinct in England and Scotland, while fewer than ten pairs remained in Wales. However, since then, the species has been successfully reintroduced to ten sites around the UK including on the Black Isle. Millie and her fellow bloggers are part of what the RSPB would like to become a permanent community in the Highlands.

The hope is that the blogging birds can help us better understand the lives of red kites and particularly how they recolonise a landscape that has been kite-free for well over a century. Opening up the information to the public in a new way should also get people engaged with the conservation efforts that are aimed at helping this majestic bird make a comeback.

The website http://redkite.abdn.ac.uk// was developed by scientists from the University of Aberdeen working together as part of the dot.rural RCUK Digital Economy Research Hub in collaboration with the RSPB. Annie Robinson, Chris Mellish, Danny Heptinstall, and Stuart Benn also contributed to this story. This article was originally published at The Conversation. Read the original article.