The universe is full of warm bodies. Why should life limit itself to sun-like stars? 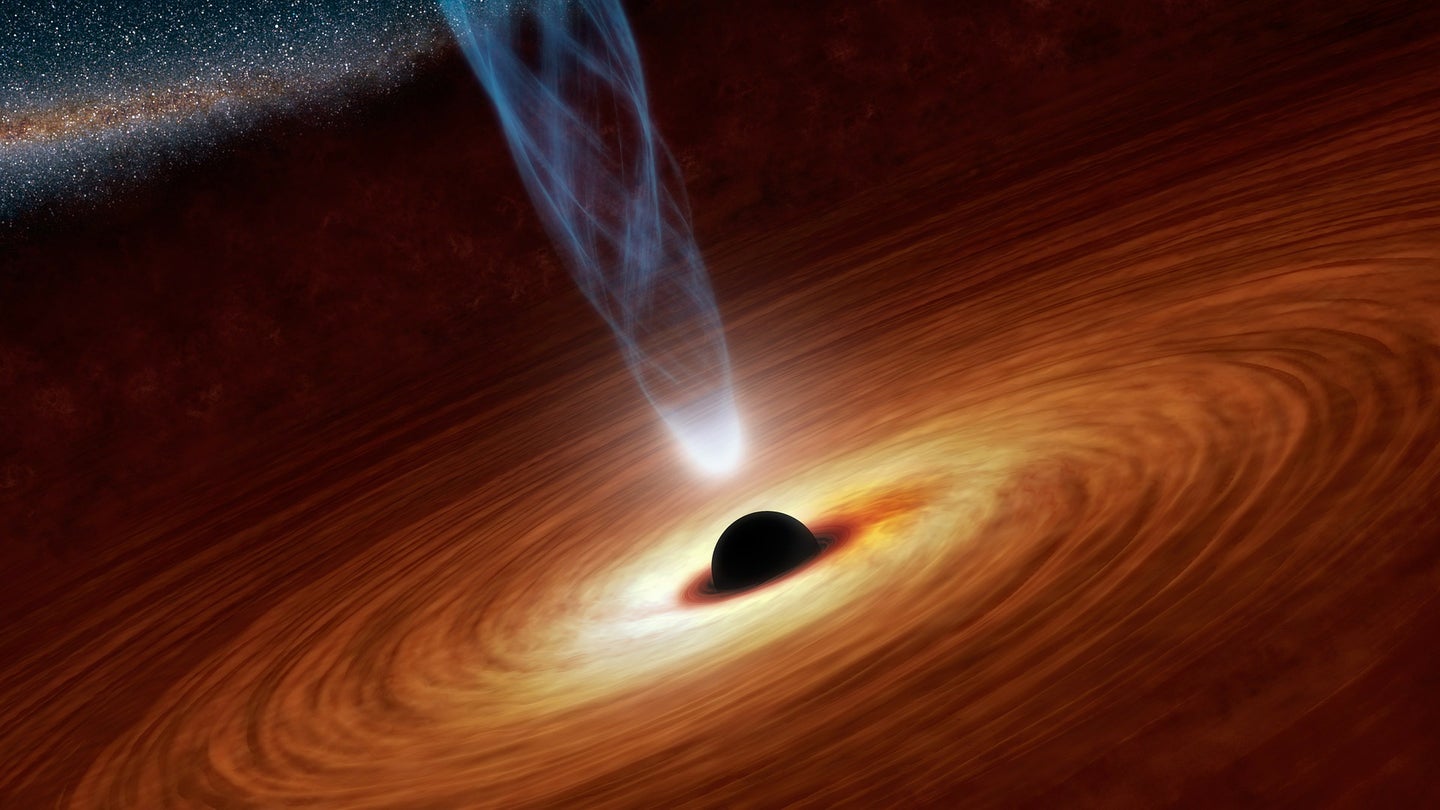 Two suns scorch the desert planet of Tatooine in the Star Wars universe. Superman gets his powers after leaving the crimson rays of the red dwarf that illuminates Krypton. Science fiction often asks how life might adapt to a different sky, but these typical stars aren’t the only way to keep planets warm.

Most serious astrobiologists quite reasonably spend their time thinking about what sorts of lifeforms might evolve on planets orbiting the so-called “main sequence” of stars that produce most of the Milky Way’s glow. NASA Goddard Space Flight Center researcher Jeremy Schnittman, however, is an astrophysicist, and he’s spent many of his less serious moments pondering how life might fare in some of the universe’s more exotic locales. Biology as we know it is complex, but it basically boils down to needing two simple prerequisites: an energy source for maintaining liquid water and a stable environment.

“If you’re on a planet that’s constantly being wrecked by earthquakes and volcanoes,” Schnittman says, “even if it has nice beaches it wouldn’t be nice.”

Although they might not boast Earth’s pleasant tropical getaways, here are four types of alien systems that—with a dash of playful astrophysical thinking—could just barely make the cut for habitability.

One of the last places in the universe an alien microbe would want to settle might be a planet orbiting a neutron star—a dead star that didn’t quite have the heft to fully collapse spacetime into a black hole, but got pretty darn close. Astronomers spot them as pulsars, lighthouse-like beacons beaming out tremendous amounts of radiation.

Neutron stars definitely host planets (researchers actually located the first known exoplanet in 1992 orbiting a pulsating neutron star), but they would eradicate most life as we know it with a constant deluge of deadly speeding particles. Energetic particles and radiation are the universe’s ultimate double-edged sword: capable of delivering both crucial energy and swift destruction. Even here on Earth, most calories enter the food web when plants and other photosynthesizing organisms consume tasty sunbeams, but we still go to great lengths to dodge ultraviolet rays (lest we get a painful sunburn).

The environment around a neutron star leans hard toward the death and destruction side of the radiation spectrum, yet the protective barriers of an ultimate goldilocks planet could conceivably harbor the hardiest of creatures, researchers have calculated. Specifically, life on a “super-Earth” up to ten times our planet’s size could hack it if it had a pea-soup thick atmosphere to resist the corrosive effects of incoming radiation and protect the surface from the ravages of space, as well as a strong magnetic field to repel the onslaught of charged particles.

Living on the edge

More hospitable, Schnittman says, could be certain types of black holes. Inspired by the movie Interstellar, he recently crunched the numbers for the black hole habitable zone and published his results in an as-yet unreviewed paper on the preprint server arXiv. His thought experiment starts with the type of supermassive black hole that lies at the heart of most galaxies, since smaller black holes curve space more sharply in a way that would shred nearby objects bigger than a basketball.

Black holes don’t shine on their own, but their time bending natures could provide an alternative energy source, Schnittman calculated. Clocks run slower nearer the black hole’s edge (as viewed from afar), and light waves oscillating up and down can be thought of as tiny ticking clocks. Conversely, the hands of distant clocks observed from near the black hole just whirl around and around, and similarly any wave gets concentrated and powered up to a much higher energy. “All those clock cycles or clicks just get piled up, and just kind of blast you all at once,” Schnittman says.

As a result, a black hole’s twisting of time could make background waves and particles zipping around the universe hot enough to heat the planet. In particular, Schnittman calculates that for a planet huddling near its edge (say, 1 percent of the black hole’s radius away), the black hole would energize incoming lightweight neutrino particles that could keep the core of the planet warm enough for microbes to thrive deep underground.

Settlers from elsewhere would need advanced technology to survive the surface, however, as the same mechanism supercharges all incoming radiation. At that distance the planet would swing around the black hole at nearly the speed of light, bending the entire sky’s starlight directly toward the observer. “[Light beams would] just look like bullets hitting you straight in the face,” he says. “The entire sky would look black and one little dot straight in front of you would be blindingly bright.”

On such a world, immigrants would need to hide beneath a planet-wide aluminum shield to avoid being fried by starlight and the microwave afterglow of the Big Bang.

From a healthy distance

Move a few hundred black-hole-radius lengths away, however, and life gets much easier. From such a healthy distance, planets could bask in the glow of gas and dust igniting as it falls into the monster’s maw. Other than the black hole hanging in the sky where the sun should be, surface conditions might not be so different from Earth. And at that distance, time would pass at nearly the same rate as the rest of the universe, so starlight becomes much less lethal.

Plus, since supermassive black holes form only at the center of galaxies, planets there might offer prime star gazing real estate. Schnittman says nearby stars would come out during the day, and in the evening the stellar landscape would shine as brightly as the full moon on Earth. “Nighttime would be dazzling,” he says.

Yet life would fare better still sticking to stars that haven’t so fully collapsed, such as white dwarfs—Earth-sized remnants of red giants that shine white-hot from leftover heat, even though the fusion that powered the stars has stopped.

Although they do send out a considerable amount of hostile ultraviolet radiation, Schnittman says they’re “less terrifying” than neutron stars and more reliable than black holes, which can swallow a bunch of gas and transform into a planet-scorching quasar with little notice.

From an energy perspective, any habitable planet would have to stick quite close to its white dwarf partner, orbiting about 30 times closer than Mercury does to the sun. But even at such close quarters, alien DNA would have to deal with only about 40 percent more ultraviolet rays than Earth DNA, researchers have estimated.

The hard part would be surviving the host star’s red giant phase, when it sweeps outward and barbecues any planets in its path before contracting into the white dwarf. This scenario might actually be the most relevant to humanity’s future, since the sun will go through the same transformation in a few billion years, burning Earth to a crisp in the process. With infinite technology, future Earth residents could attempt to move the planet past Jupiter and wait out the sun’s fiery expansion, Schnittman speculates. But failing that Hail Mary, we could take some solace knowing that meteorites might deliver water and other ingredients to whatever’s left after the sun shrinks to a white dwarf. The whole biological cycle could begin again.