Earth has a new mini-moon, but don’t get too attached 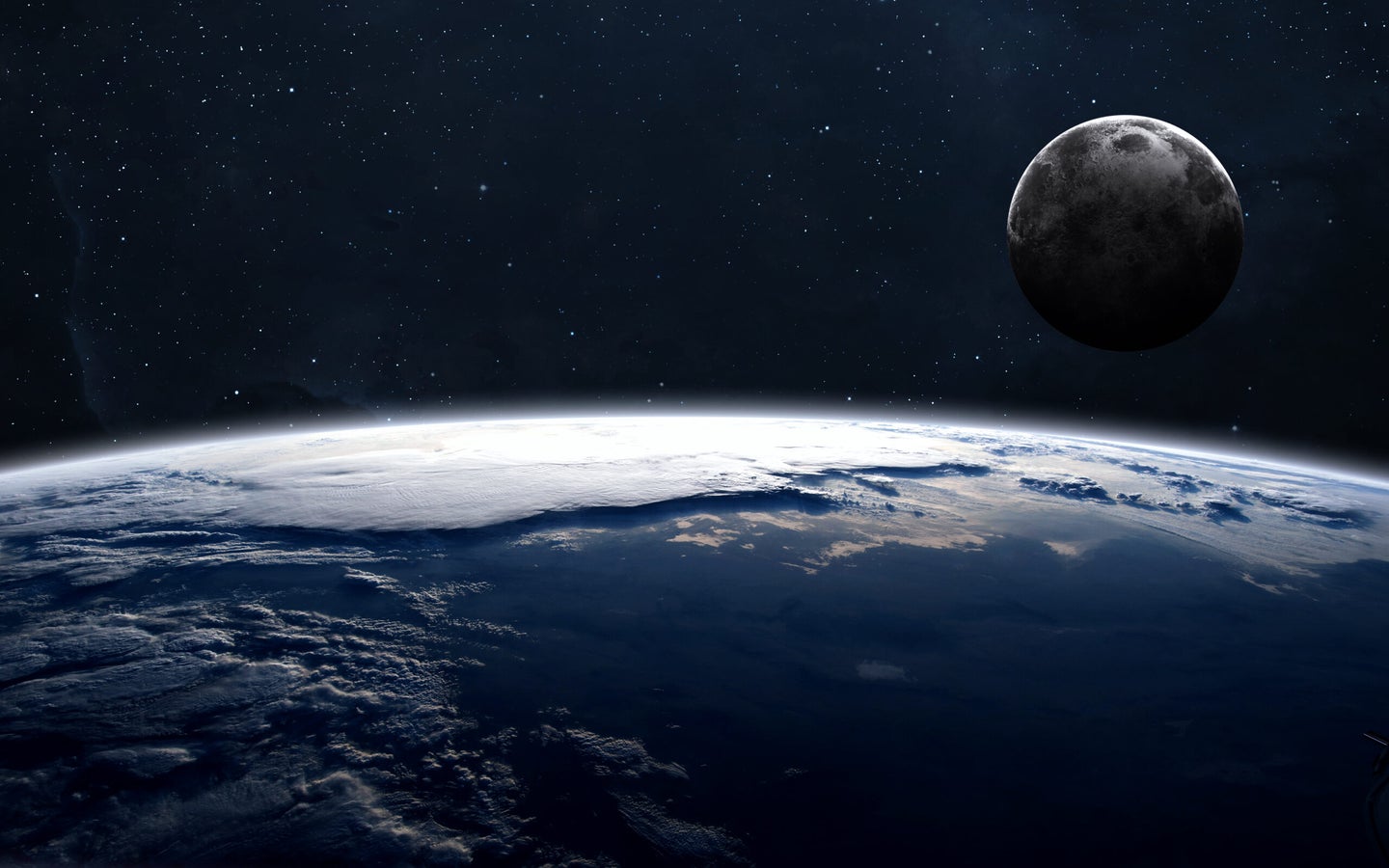 Space rocks much smaller than our moon might occasionally get stuck in our cosmic backyard. Deposit Photos
SHARE

For the last two and a half years, the Earth may have had two moons. There’s the obvious one that raises the tides and can often be seen during the day, and now researchers have identified a candidate for a second. The “mini-moon,” as some are calling it, is a couch-sized speck roughly 10 trillion times dimmer than its more famous counterpart. And astronomers found the satellite just in time, because soon it will be gone forever.

Kacper Wierzchos and Theodore Pruyne, astronomers with the NASA-funded Catalina Sky Survey, first spotted the object. They estimate it measures between six and 12 feet long, and it streaked across the sky on February 15 while they scanned for asteroids. Now, after about ten days of observations by a handful of observatories, the Minor Planet Center has released the details of the satellite’s orbit—a looping, erratic path around Earth. By extrapolating that trajectory backward and forward, researchers estimate that the object, dubbed 2020 CD3, came under the Earth’s gravitational influence in October 2017, and will depart on March 7 of this year, according to Robert Jedicke, an astronomer at the University of Hawaii. Kacper announced the discovery Tuesday on Twitter.

Researchers have long anticipated studying more of these rare visitors for the lessons they could teach us about our nearest neighbors, but some sky-watchers caution that it’s too soon to know for sure what exactly they’re seeing. While the Earth has one confirmed natural satellite it also has more than 2,000 artificial ones, from communication satellites to spent rockets—and distinguishing space rocks from aluminum siding is tricky at such immense distances.

“I would be excited if this was indeed a natural temporary moon,” says Grigori Fedorets, an astronomer at the University of Helsinki in Finland, who is working with an international team to try to tell if the satellite is natural or artificial. “However, the data is still inconclusive.”

Rocks of all sizes fill Earth’s orbital zone, and sometimes their paths cross with ours. Giant, miles-wide asteroids can be easily seen through telescopes and tiny pebbles a few inches across appear as shooting stars burning up in the atmosphere. But between those two extremes sits a group of boulders in the dozens-of-feet range that researchers are still trying to get a handle on, according to Jedicke.

Simulations predict that from time to time one of these small asteroids should come close enough for Earth to capture it, at which point it becomes a mini-moon. It then follows what Jedicke calls a “crazy straw orbit” around Earth for an average of nine months before the tug of distant solar system objects pulls it away and slips it back into orbit around the sun. Astronomers found the first mini-moon orbiting us from the summer of 2006 to the summer of 2007, but nothing since. “This current object is a little overdue actually if you ask me,” Jedicke says.

Or the mini-moon may have a more mundane explanation. The Minor Planet Center couldn’t match its orbit to any known artificial satellite, but the object could still be an untracked piece of space debris, or even a long-discarded rocket engine that escaped into orbit around the sun and has since been re-captured by the Earth. Normally light reflects differently off rock and metal, but this object is too dim to identify directly.

To figure out what it might be, groups at the Arecibo Observatory and the Jet Propulsion Laboratory’s Deep Space Network are gearing up to snipe the object with a radar pulse and see what bounces back, according to Jedicke, but the strategy’s chances are uncertain. “Detecting a meter-scale object at that distance is challenging in the best of times,” he says.

Meanwhile, others will carefully observe the object, seeking acceleration that can’t be explained by gravity—a sign that sunlight is ever-so-slightly prodding the object. Measuring this effect would reveal the object’s mass and density, which could help researchers make a more informed guess at whether it’s a rock, an empty fuel tank, or a pile of rubble.

Whatever this visitor’s origins, the upcoming Vera Rubin Observatory (VRO)—which will scan huge swaths of the sky on successive nights—is likely to find more. Many more. After the facility comes fully online in 2022 it could discover between one and six mini-moons every year, according to a recent simulation done by Fedorets, Jedicke, and three collaborators.

In addition to what these currently invisible objects could reveal about the number of mid-sized asteroids and how they form, they could also serve as practical testbeds for developing asteroid mining and redirecting technologies. Rather than venturing deep into space to explore new asteroids, or trying to drag one back at great expense, Jedicke envisions a future where spacecraft hang out around our main moon, waiting for word from the VRO to jet off and stabilize the orbit of a newly discovered asteroid visitor so it doesn’t leave us before we have the chance to mine it for resources and knowledge.

“That wouldn’t take a lot of work and all of a sudden we’d have this sort of second moon we could go study in detail,” he says, which would provide unprecedented access to material left over from the solar system’s creation.