A warmer climate could make every season flu season

It could also make vaccinations trickier by causing the viruses to mutate faster. 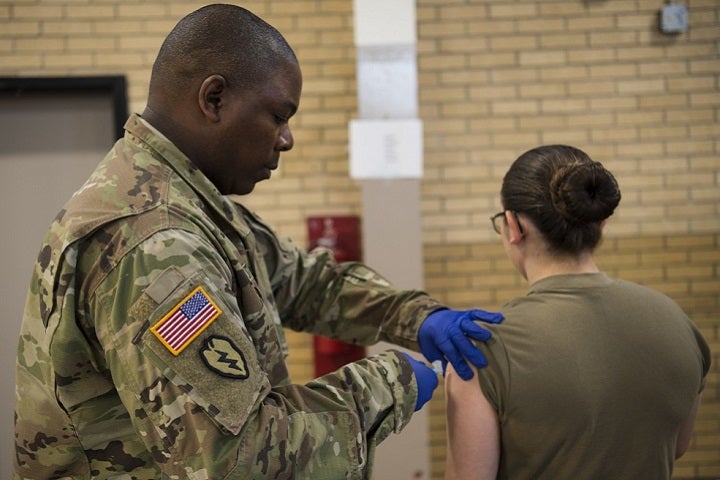 This story was published in partnership with Nexus Media News, a syndicated newswire covering climate, energy, policy, art, and culture.

The flu has a paradoxical relationship with the weather. In the United States, the flu thrives in the winter, when the air is cold and crisp, and then ebbs in the spring, when the disease is stymied by hotter temperatures. However, in tropical countries, where it is usually warm, humid and rainy, people get sick with the flu all year round. Scientists are studying why this happens, but they have no answers as of yet.

“It’s there all the time. We just don’t know why,” says William Schaffner, a professor of infectious diseases at Vanderbilt University. It’s a real puzzle, since flu viruses spread more easily in cold, dry air than in heat, but they are a perennial problem in the tropics.

This contradiction could have major implications for the future of the flu in the United States. While climate change promises shorter, warmer winters, which could yield milder flu seasons, scientists say that the way the flu operates in the tropics suggests that in the coming decades, warmer, wetter weather could make the flu a year-round problem for Americans.

“It would not be surprising to see the year-round influenza zone expand as the world warms,” says Robert. T. Schooley, an infectious diseases specialist and editor of the journal Clinical Infectious Diseases.

Schaffner agrees. “A warm climate promotes sustained transmission as opposed to seasonal outbreaks, so we might get flu year-round,” he says.

A longer flu season could upend annual vaccination programs. The flu vaccine grows less effective over time, especially in the elderly. That’s why public health officials urge Americans to get vaccinated in the fall, so they are best protected through the winter. If the flu becomes a perennial problem, people might need to get vaccinated more than once a year, a prospect that makes health experts shudder.

It’s tough enough to convince people to get annual flu vaccinations — fewer than half of American adults were vaccinated last year — let alone encourage multiple injections throughout any given year. Moreover, scientists must begin producing vaccines long before flu arrives, determining which strains to vaccinate against based on which stains are circulating in other parts of the world during their winters. This process would become more complicated if scientists had to keep pace with waning immunity or a virus that is constantly changing.

Warmer weather could give the virus additional time to mutate — that is, change its genetic material. Currently, in the US, the virus evolves for several months during the winter and largely stops evolving in the spring. If the virus continues changing year-round, we could begin to see more dangerous forms of influenza.

While most people currently have some immunity to the flu, public health officials worry that an entirely new flu virus will emerge that confounds the immune system, resulting in a global pandemic. Lacking any immunity, millions could die, as was the case with the deadly 1918 “Spanish Flu.”

Even common strains of the flu can send vulnerable people, such as the elderly, to the hospital, and even kill them. In the winter of 2018 to 2019 up to 43 million Americans were infected with the flu and as many as 61,000 died, according to preliminary data from the Centers for Disease Control and Prevention.

In the US, infected people typically transmit the flu by coughing up tiny droplets of virus that others inhale, droplets that linger for a longer period of time in cold air. The flu may also be passed in other ways, by holding hands, kissing, or by touching objects where the virus has landed. One other reason the flu surges in the winter is that people tend to spend more time indoors near other people.

Notably, in the tropics, it appears the the flu is just as prevalent over the course of a year as it is in the US during the winter. The number of cases is roughly the same in the tropics as it is here, just spread out over a longer period, meaning you could catch the flu at almost any time.

“We don’t know for sure overall, but it seems to be approximately the same,” says David Morens, a flu specialist at the National Institute of Allergy and Infectious Diseases. That being the case, as temperatures warm, vulnerable people are still at risk of becoming ill at some point, especially as the crafty virus changes over time to evade any immunity people may have developed earlier.