The world is striking for climate action on Friday, and teens made it happen

Here's why it matters. 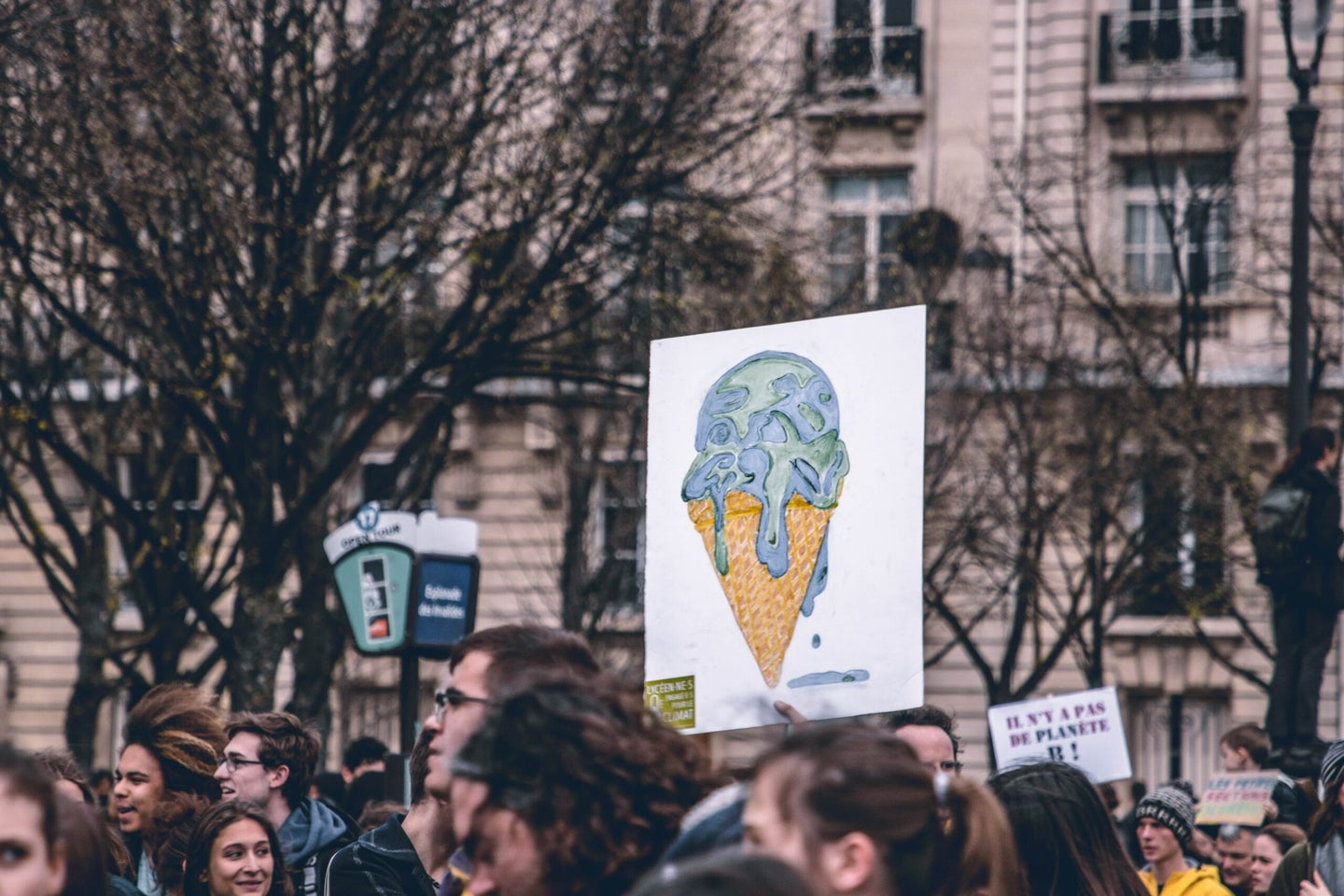 The air is crackling with energy and anticipation as we approach the global climate strike set for Friday, September 20. Millions around the world are expected to join the protest and demand immediate climate action. Climate activist Bill McKibbon tweeted on Tuesday that it will likely be “the biggest day of climate action the world has ever seen.”

We have young activists to thank for this.

For months, the most prominent voices advocating for climate action have been kids and teens, many of whom aren’t even old enough to vote. They have been organizing and mobilizing and motivating each other to speak out about the ongoing climate crisis. The upcoming protests represent an opportunity for adults to join in on the action.

These activists are calling on grown-ups to stand with them in solidarity, to spread the word to friends and on social media, and to start organizing within their own communities. The young activists ask adults to join in demanding that policymakers heed the warning of the IPCC special report from 2018 (which cautions humanity limit warming to 1.5ºC in the next ten years) and to promote the values of the Green New Deal, a non-binding resolution that outlines a number of goals for climate action.

The voices behind the movement

Instead of going to school in August 2018, 15-year-old Greta Thunberg spent three weeks seated on the front steps of Swedish parliament protesting a lack of climate action. Her viral social media posts drew attention, and soon her one-person protest gained support from kids all over the world. Thousands started to follow in her wake across Europe and Australia and, eventually, the US. Thunberg soon switched to striking every Friday, sparking the “#FridaysforFuture” movement. Since then, kids have been joining the strike in huge numbers from all around the globe.

A year after her first sit-in, Thunberg sailed across the Atlantic Ocean in order to attend climate conferences in the US and Chile while limiting her travel-related emissions. She’s since joined climate protests outside the White House and on the steps of the Supreme Court. For her congressional testimony, she submitted only the 2018 IPCC report, asking policy-makers to listen to scientists.

Thunberg is supported by a community of hundreds of thousands of equally passionate environmental activists, including leaders like Jamie Margolin (age 17, founder of Zero Hour) and Vic Barret (age 20, one of the 21 youth plaintiffs in the Juliana vs. the United States lawsuit). In NYC, 1.1 million kids have been given permission to join the demonstration instead of attending school. Thousands of other marches are happening across the country and all seven continents (and they’re very easy to locate).

Sabirah Mahmud, 16, is organizing a satellite strike in Philadelphia. She says that, as the Pennsylvania state lead for the U.S. Youth Climate Strike, she shoulders the responsibility for organizing marches, allocating resources to local groups, obtaining permits, and giving suggestions about how to run events.

“Adults are not doing anything,” says Mahmud. “For years we’ve seen a lot of big movements, seen a lot of things happening, but there’s never been change if the youth aren’t behind it.”

Alijah Foster, 14, is striking to raise awareness about flooding and record-breaking heat in New Orleans. “This is the future that we live in,” says Foster. “And right now, there probably won’t be a future down here in Louisiana. It’s not pretty.”

These teen activists are painfully aware of the reality of the climate crisis, and the impact it will have on their future. This movement is an opportunity for them to channel their frustrations and anxieties into advocacy and action.

Nearly all of these students realize that, in order to make a positive difference, systemic changes have to be made. And one of the greatest successes of the youth movement has been their efforts to center the climate change conversation on equity and environmental justice.

“When I was younger, most of the things I heard about climate change were ‘We have to save the animals,’ you know? ‘There are polar bears dying.’” says Catherine Adams, a 16-year-old junior in high school who will be leading a satellite strike in Ohio. “But I think as I’ve grown older and I’ve learned more, I’ve become increasingly aware of how climate change impacts the people around me, and how a lot of times those are the people who maybe don’t get the most attention.”

Kim Cobb, a climate scientist from Georgia Tech, says she’s seen a marked shift in the climate action movement. Up until now, she says, “the dialogue had been confined to a couple of prominent voices. It didn’t seem like the kind of conversation that ordinary people could take part in.” Now, she says, these young activists are “taking the lid off the climate movement and recognizing that everybody has a stake in this, and everybody has a role in it.”

Worried about the staying power of this change? Kate O’Neill, a professor at UC Berkeley who studies the theory and practice of protests, is optimistic. “It’s got those particular characteristics that I think can create a lasting movement,” she says. “We’re at a tipping point around climate change where we really think need to forward. And I think there’s a lot of energy for that. It just seems concrete to me.”

For kids like Siegel and Adams, Friday’s strike is only the first of many.

These events will lead up to the UN’s one-day climate action summit, which will take place at the UN’s NYC headquarters on Monday, September 23. Bookending this is another large-scale strike scheduled for next Friday, September 27.

Further down the line, but equally important, is the next official UN climate change conference, taking place in Santiago, Chile in December of this year (which Greta Thunberg is also set to attend).

“September 20 is not the end,” says Siegel. “All this working, all this organizing, does not amount to the strike day. It is the beginning, it’s a catalyst for a new phase, a part of the movement that will do more than ever before.” And, she says, “it will be incredible.”