This deadly fungal disease could use climate change to mobilize

Climate change will increase the range of Valley fever. 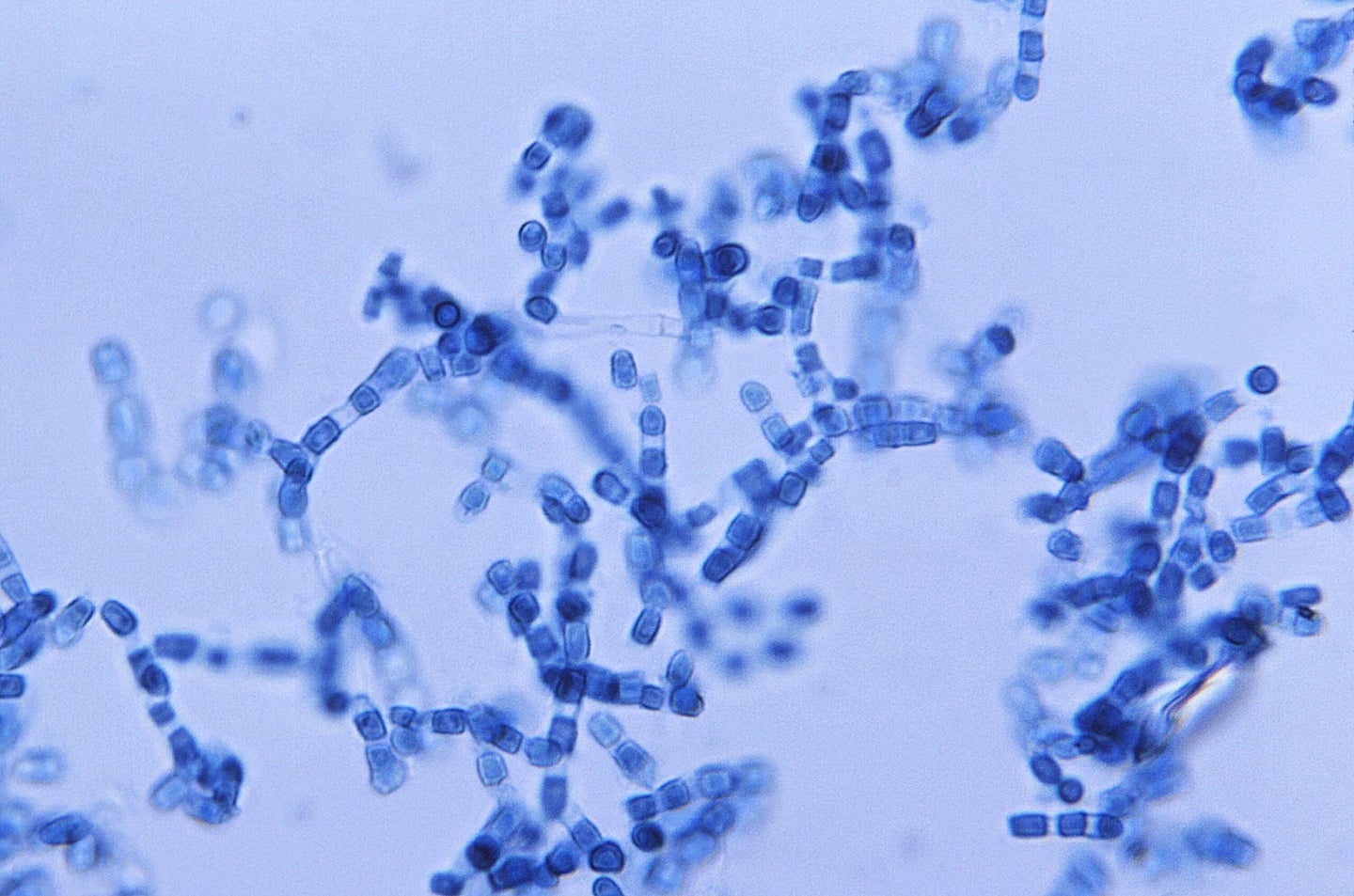 The vast majority of the 10,000 cases of Valley fever diagnosed in the United States each year occur in Arizona and California. In those two states, the environment and weather—a dry desert with rainy seasons —create the conditions that the Coccidioides fungus, which causes the illness, needs to survive and thrive.

But as the climate changes, temperatures will increase and rain patterns will change—and along with those changes, by 2100, the fungus’s range will expand causing the number of Valley fever cases to increase by 50 percent, according to a new model published in the journal, GeoHealth. Right now, the fungus is restricted by rain and temperature to its current territory, but climate change will lift some of those environmental barriers.

“We know Valley fever and the fungus that causes it is limited to places that are hot and dry—really the desert climates,” said lead study author Morgan Gorris, a researcher in the department of earth system science at the University of California, Irvine. “In response to climate change, we figured that there may be more areas that this fungus could live in the future.”

The Coccidioides fungus grows in soil in areas with low rainfall, and then dries out during droughts and creates spores that can be kicked into the air by wind or other disturbances. The spores are then inhaled into the lungs, which causes Valley fever. The condition is usually mild, and causes a cough, fever and chills. However, it causes around 200 deaths in the United States each year, particularly in the elderly or those with compromised immune systems. For comparison, on average, only around 120 people die from West Nile virus each year.

The study compared rainfall, temperature, and other environmental data to rates of Valley fever to identify the environmental conditions that correlate with incidences of the illness. Then, it used the information about that relationship to predict where the illness would regularly be found under the climate conditions predicted in future climate models. The model estimated that the regions regularly affected by Valley fever would expand into most western states and northwards.

“It will move through Oklahoma, Colorado, Wyoming—areas that are drier,” says study author James Randerson, professor in the department of earth system science at the University of California, Irvine. “It will move into the area where the Dust Bowl was present. That’s concerning, because we know that conditions in the past have led to dust production,” and dusty conditions can interact with and increases levels of Valley fever. In Northern California and parts of Oregon, though, climate change is projected to increase rainfall—which would protect against the fungus, even though temperatures will rise.

The study also showed that under a more moderate level of climate change—if fossil fuel use tapered off and action was taken to stop warming—Valley fever would not have as large an expansion. “It really highlighted the importance of how steps to mitigate climate change would have a positive public health outcome,” Randerson says.

Right now, only some states report cases of Valley fever to the Centers for Disease Control (CDC). “Our maps and projections suggest that it would be really beneficial if there was more reporting by states on the periphery, to see if the disease is moving,” Randerson says. That would also help increase awareness of the illness among public health officials and physicians who don’t ordinarily encounter it.

“It’s really hard as a physician to adjust to diseases you’re not used to seeing,” says Sarah Coates, a dermatologist at the University of California, San Francisco. “It’s a huge thing we need to address in medical training—actually talking about climate change and diseases that are sensitive to it.” San Francisco doesn’t usually see many cases of Valley fever—typically it’s around one a year. But in 2016, the area saw a higher than normal number of cases of the illness, which may have been related to heavy rainfall that year. Coates consulted on cases where the fungus affected the skin, which is a sign that the illness is severe. “For me, it showed that it was important to have this on the list of things that something could be,” she says. “All of these diseases, if they’re not something you’re trained to recognize you might not have tools to diagnose them well.”

Models can help doctors recognize the types of diseases that they might encounter in the near future, as the climate they live in shifts. “It’s helpful to use the best data we have to say, ok, especially in these states, I’m going to train people to put this on their lists of things an illness could be. As an educator, that makes a difference,” Coates says.

Gorris hopes the study can be used by public health officials to develop disease surveillance programs. “It would be beneficial to help the community understand their disease risk, and provide data for future research.”