But did they have to pay extra for the movies? 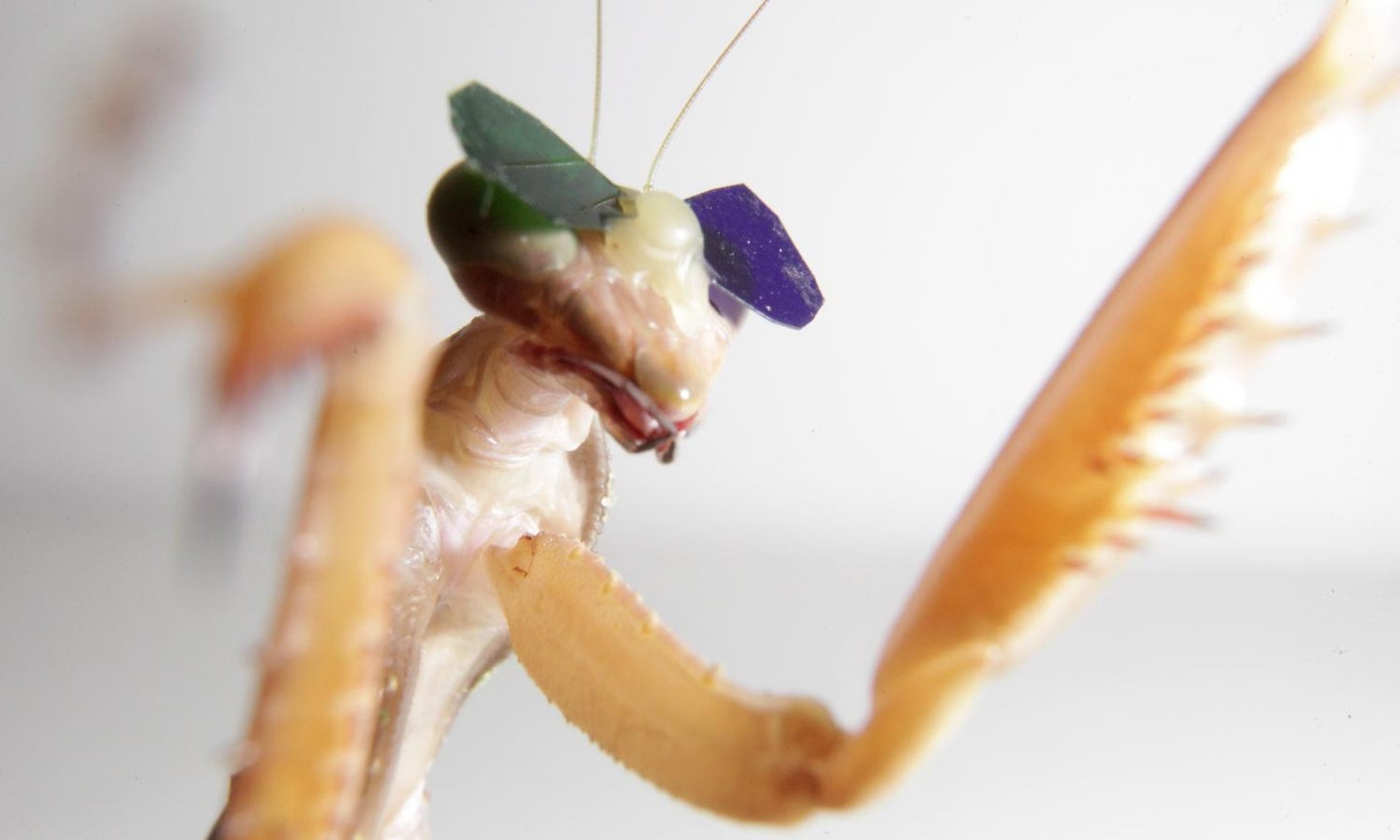 Scientists from Newcastle University outfitted praying mantises in miniature 3-D glasses attached with beeswax in an effort to determine whether mantises use 3D vision. They concluded that the insects likely make use of 3-D vision when they hunt. Newcastle University
SHARE

3D movies aren’t just for humans anymore. In an experiment published today in Scientific Reports, researchers outfitted praying mantises with 3D glasses to prove that they can see in 3D.

The scientists, from Newcastle University, attached colored lenses to the bugs’ eyes and showed them rudimentary 3D movies. The insects’ reactions, captured on video, provided a clear indication of their abilities.

Unlike humans, who used to use red and blue lenses to see 3D movies (until someone came up with polarized lenses which let you see in full color), mantises can’t see red all that well. So the researchers instead substituted green and blue lenses, which they attached to the bugs using beeswax. When the bugs were shown 2D movies that simulated prey, they just watched, but when they saw a 3D version, they reached out and tried to grab it.

Based on the experiment, the researchers concluded that praying mantises do, in fact, have 3D vision. “Despite their minute brains, mantises are sophisticated visual hunters which can capture prey with terrifying efficiency. We can learn a lot by studying how they perceive the world,” said Jenny Reed, who led the project. “Better understanding of their simpler processing systems helps us understand how 3D vision evolved, and could lead to possible new algorithms for 3D depth perception in computers.”

This actually isn’t the first time that researchers have tried to put glasses on an insect. Back in 2006, a German company designed glasses small enough for a housefly. Those glasses, however, were just for show. The hipster fly probably thought they made it look more mature and sophisticated. 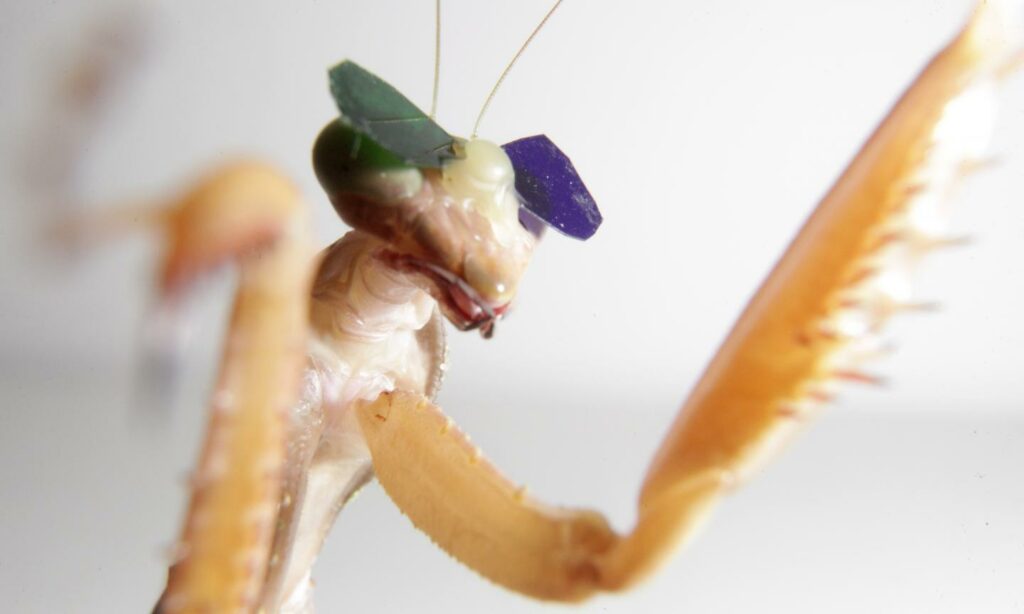 A praying mantis wears 3D glasses during an experiment. 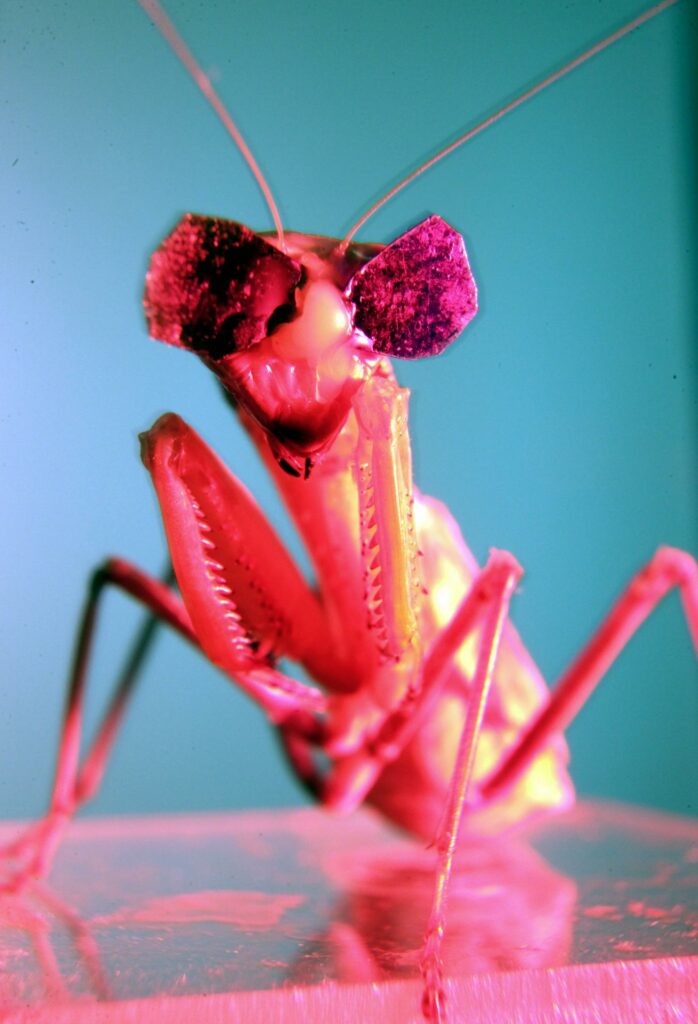 Mantis’ have trouble seeing red, so the contrasting colors were green and blue. 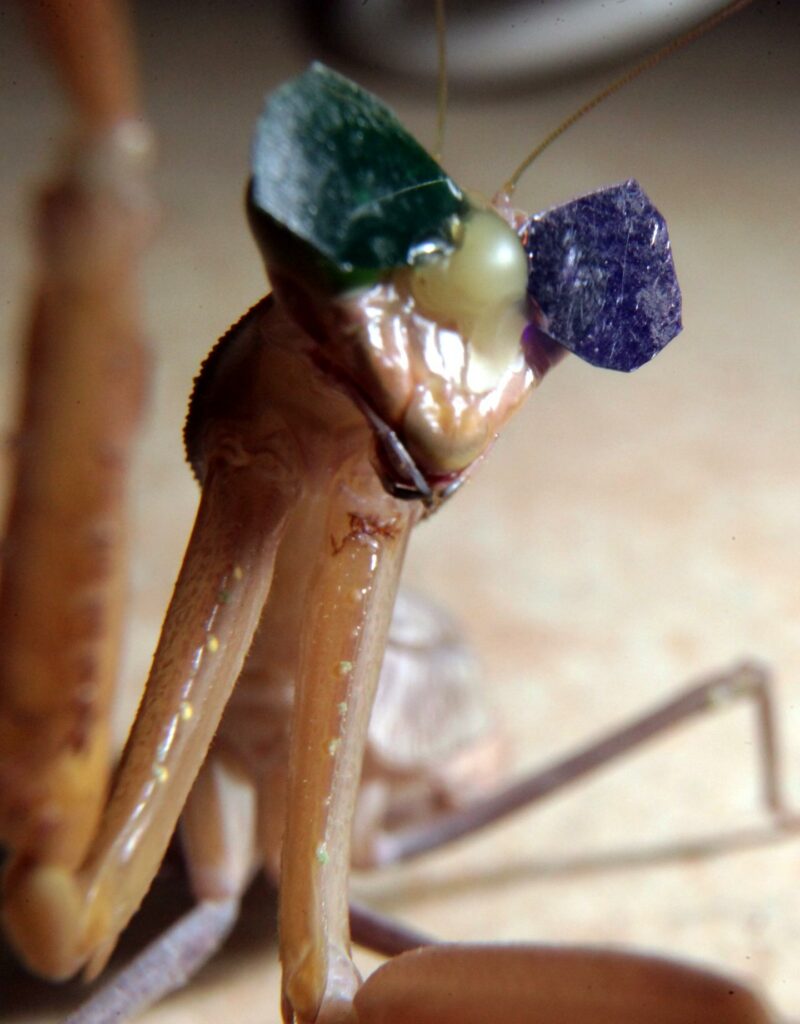