The Bears That Inspired Teddy Bears Are No Longer Endangered

Luckier than the average bear 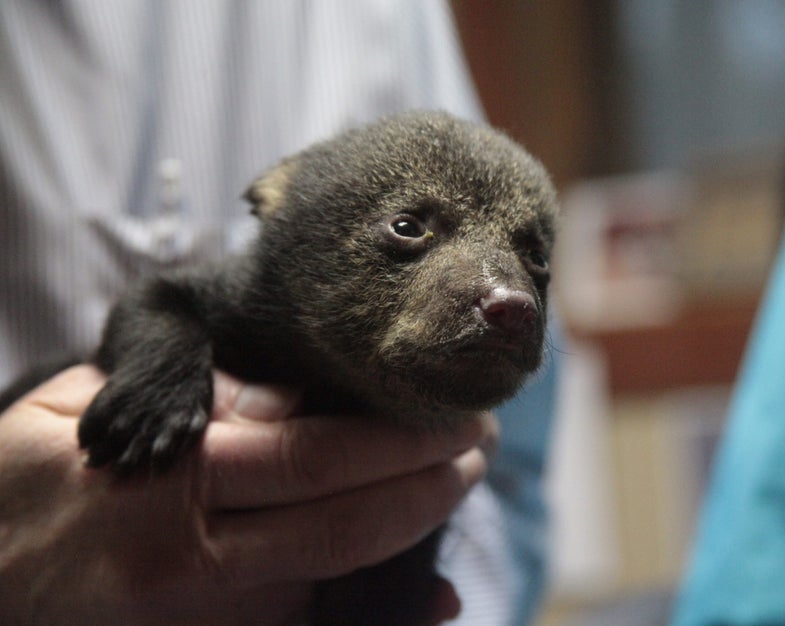 An orphaned bear cub held by Principle Deputy Undersecretary of the Interior Michael Bean. The bear was rescued after the death of its mother and is expected to be repatriated to a nursing foster bear in the wild. Photo by Tom MacKenzie. Picasa
SHARE

The bears are back in town.

Last week, the Department of the Interior announced that the bears that had inspired the teddy bears are finally coming off the Federal Lists of Endangered and Threatened Wildlife.

The Louisiana black bear was propelled to fame in the early 1900s as the inspiration for the beloved stuffed toy, after one of their number had an (ultimately) unfortunate encounter with Theodore Roosevelt. But in the years afterward, the numbers of Louisiana black bears shrank even as the number of stuffed toys grew. By 1992, the population had shrunk to just 150 bears. Now there are around 500 to 750.

“President Theodore Roosevelt would have really enjoyed why we are gathered here today,” Secretary Jewell said. “Working together across private and public lands with so many partners embodies the conservation ethic he stood for when he established the National Wildlife Refuge System as part of the solution to address troubling trends for the nation’s wildlife. As I said last spring when the delisting proposal was announced, the Louisiana black bear is another success story for the Endangered Species Act.”

To get to this point of recovery, many farmers and private landowners across Louisiana helped restore or protect bear habitats, eventually expanding the bears’ habitat from small fractured forests near rivers to 750,000 acres of habitat. 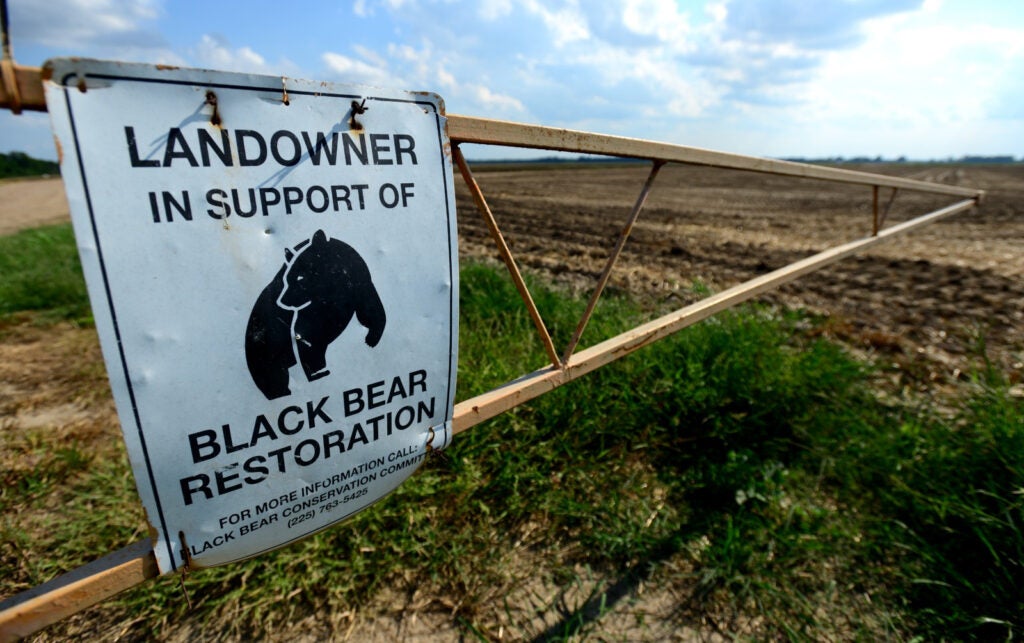 Farmers were a big part of the push to get Louisiana black bears off the Endangered Species List.

Teddy bears owe their origins to Theodore ‘Teddy’ Roosevelt, who went on a hunting trip in Mississippi in 1902. He refused to shoot a Louisiana black bear that had been caught by part of the hunting group (though it was later killed). His decision was considered sportsmanlike, and cartoons of the encounter appeared, eventually inspiring one shop owner to create the first teddy bear toy. 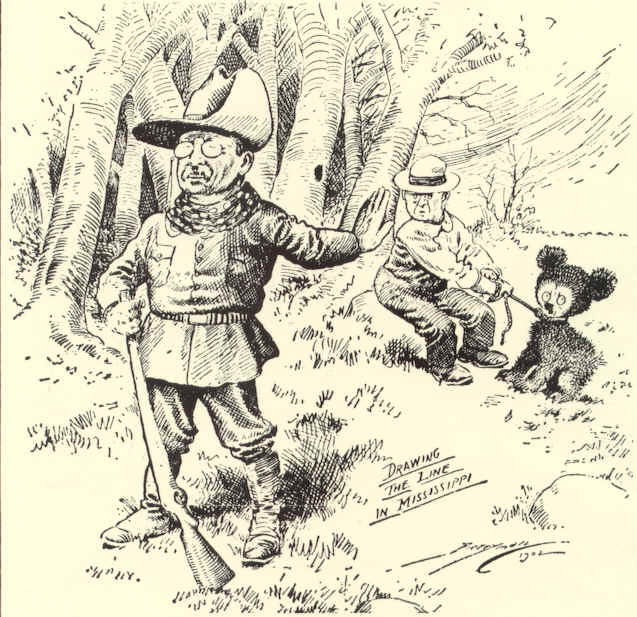 The cartoon that inspired a toymaker to create the first Teddy bear.

Louisiana black bears are a subspecies of black bear. They are omnivores that live in the forest near rivers, and some can grow to be over 600 pounds. Even though they are being removed from the rolls of endangered species, it is still illegal to hunt them under Louisiana law.