Elephant Social Networks Remain Strong In The Face of Poaching 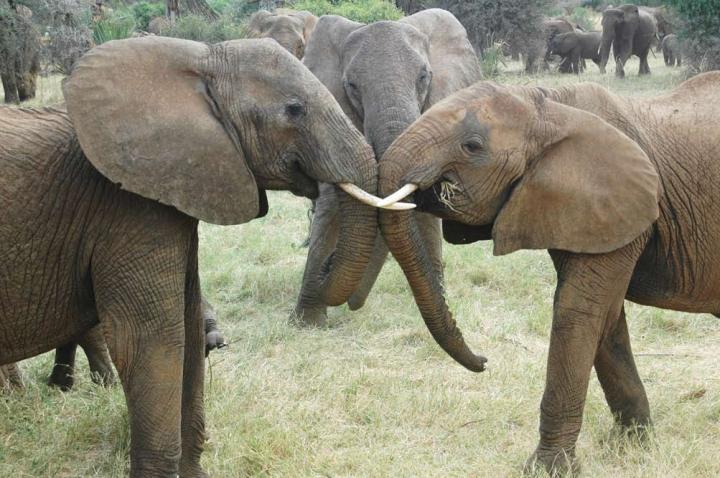 Each year, approximately 30,000 African elephants are killed illegally for their ivory. Between 2010 and 2012, a staggering 100,000 elephants were slaughtered. Driven by an insatiable demand for ivory in China and Southeast Asia to make trinkets for burgeoning middle classes, the price of ivory has skyrocketed. A single carved tusk in China can fetch hundreds of thousands of dollars.

Unfortunately, this means no there is no respite in sight for the African elephant, and this has placed lots of pressure on elephant family groups, which are highly developed and complex social networks. However, despite near constant disruption and turnover within elephant families, the integrity of their social groups has remained surprisingly intact, revealing a hopeful bit of resiliency in an otherwise dismal situation.

In Kenya’s Samburu National Reserve, researchers from Save the Elephants and Colorado State University studied female elephants and their family groups over a 16 year period. They specifically chose adult females, because elephant societies are matriarchal, and mothers serve as the nodes that hold the larger social groups together. Poachers tend to go after adult elephants because of their large fully developed tusks, so losing adult matriarchs would appear to have a collapsing effect on social networks. The researchers found this to mercifully not be the case. When mothers are killed, daughters as young as eleven years old are stepping up to fill in the role of the deceased.

Mother-daughter relationships are very strong and especially in this period of crisis have proven to be indispensable to the survival of core social groups. Daughters mimic their mothers’ social patterns and connections and forge relationships with other females. These help support them when they’re forced into a matriarchal position at a relatively young age. 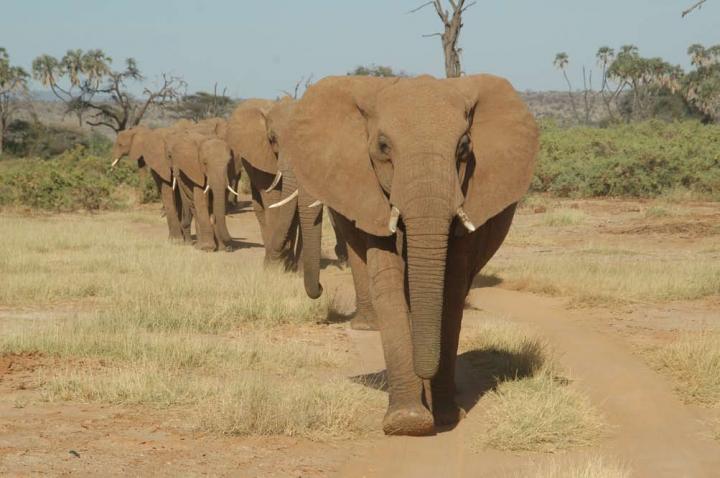 A matriarch leads her family in single file through Samburu National Reserve in Kenya.

Poaching events are scarring and some elephants are believed to suffer from Post Traumatic Stress Disorder (PTSD). Because of this, some daughters are probably not always capable of stepping up to the task, but overall, despite a 70 percent turnover of adults in the herds observed in Kenya, the core social groups remained strong. “Females were individualistic in what they did following poaching, but in general daughters tended to replicate the social behavior of their mothers,” says Shifra Goldenberg, of Colorado State University and lead author of the study. Their findings are published today in the journal Current Biology.

Although young females have been rising to the occasion, they must still be mature to be able to fill any kind of key social role. “If a calf is still dependent on its mother’s milk when she dies, the calf is unlikely to survive,” says Goldenberg. Older juveniles will stick with siblings or insert themselves into new families. Even so, some elephant orphans still end up alone, or if they’re lucky, in an elephant orphanage. 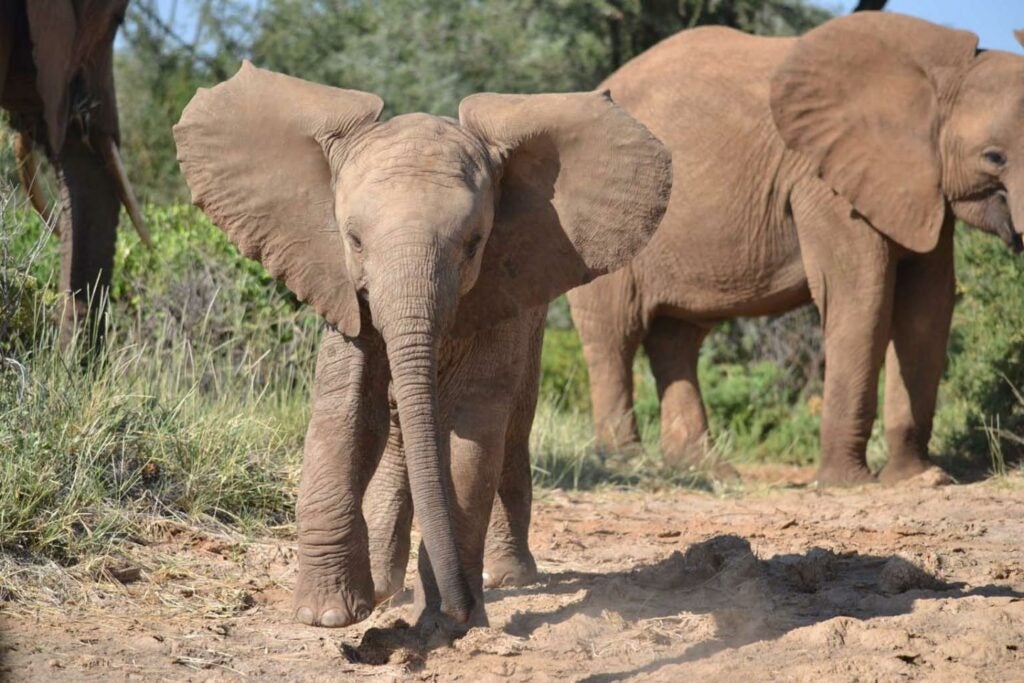 A young calf mock charging researchers as his cousin and mother feed nearby.

As for males, “they have a very different social system,” notes Goldenberg. They adopt a fluid, roaming existence, moving between core social groups. They do develop bonds with other male companions, but none as strong as those found among females. Goldenberg points out, however, that very large old bulls are often the preferred mates of females, and as they are frequently targeted for their immense tusks, “there are important repercussions of poaching in bull society as well.” These remain to be documented.

All in all, the resiliency of elephant social networks is a welcome bit of good news in an arena usually full of bad news. Young female elephants’ ability to maintain some semblance of normalcy within their social networks in spite of extreme outside pressure offers some hope that they could recover—if we can only find a way to stem the killings.