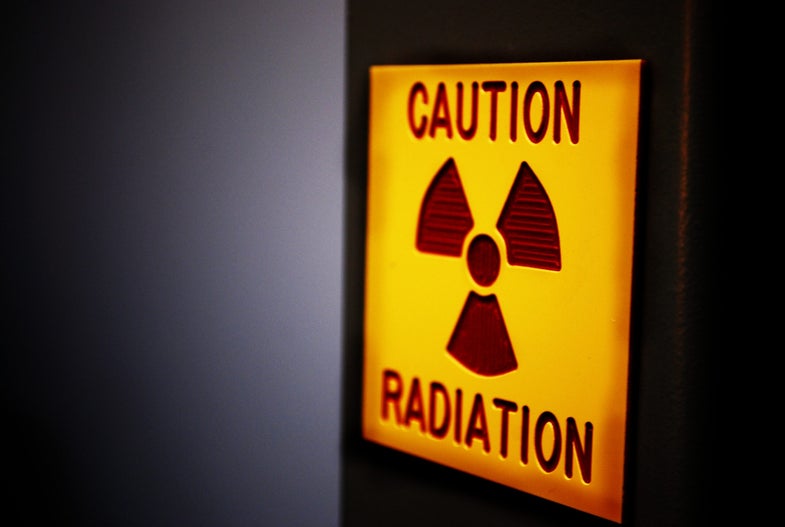 Salt has a hidden dark side, and we’re not talking about high blood pressure or heart disease. Unfortunately for us, it might not be as good at storing nuclear waste as we once thought.

A study published in November in Science Advances finds that we might have to take our assumptions about the mineral deposits with a grain of salt. But let’s start back at the beginning, with why dry-packing nuclear waste in salt became our go-to nuclear storage solution.

For decades, underground salt deposits have been held up as the ideal storage sites for nuclear waste. Currently, the only nuclear waste repository in the United States, the Waste Isolation Pilot Plant (WIPP) in New Mexico, is situated in a salt deposit 2,000 feet thick. Why? Because salt deposits are remarkably stable.

The deposits at WIPP were formed 250 million years ago when a vast salty sea covered the interior of our continent. As the sea dried up, the evaporating water left behind vast deposits of salt. In the intervening years, the salt has stayed firmly in place, compacted under layers of rock. It flows and deforms a little bit, but without water to evaporate it or earthquakes to create giant cracks in it, the moving salt can ‘heal’ small cracks that might develop. Because of its stable history, the government looks at the formation as a good place to put nuclear waste–any cracks that might allow for leakage would be quickly sealed up without any human intervention, and it’s deep enough (the WIPP facility starts nearly half a mile below the surface). Similar salt deposits are also used to hold some of our oil reserves.

Sounds great, right? Unfortunately, in this recent paper, researchers found that some liquids were able to make it through similar layers of salt. Generally, scientists assume that oil can’t make it through salt barriers in the earth–the viscous liquid can’t soak through the dense salt. But in the new research scientists found that in high temperatures and pressures, like those found deep in the earth, salt can become more porous, allowing even fluids like oil (which don’t dissolve salt like water) to leak through. An oil leak is bad enough, but we generally have an even stronger desire to keep nuclear waste where we put it, and if fluid can leak out of a salt barrier, it might also be able to leak in, picking up radioactive material and spreading it around.

So, should we panic? No. The researchers aren’t saying that we’re all doomed, just that waste repositories like the WIPP might need to take the porosity of salt into even greater account when sealing off nuclear waste for millions of years.

Currently, WIPP has more pressing issues to worry about. In February 2014, a fire broke out in the WIPP facility and in another incident, some nuclear waste was released. In the first case, a truck came in contact with a hot surface, causing the fire, but the cause of the radiation leak is still unknown. WIPP has not accepted any new imports of nuclear waste since that time.