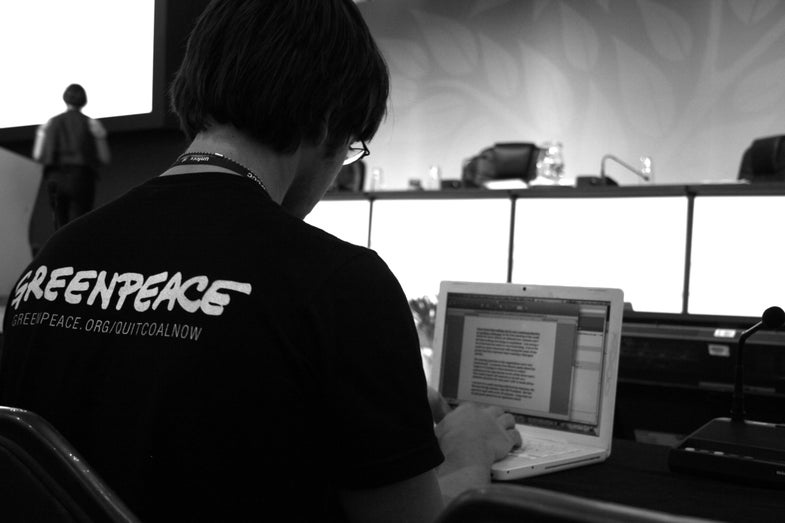 Today, environmental activist group Greenpeace produced evidence that alleges that two scientists, both outspoken in their disbelief of mainstream climate science, were prepared to accept funding from fossil fuel companies for the express purpose of writing scientific papers that would benefit those companies, and keep the origin of the financing a secret.

Science and money have always had a fraught relationship. It costs a lot to keep labs and research projects funded, and researchers often have to cobble together a budget based on grants from government groups, non-profits, and for-profit companies, in addition to whatever funding might be available via the institution they’re affiliated with.

This results in a complicated web of funding sources, sometimes from companies or groups with distinct investments in the outcome of the research. In order to be transparent, many leading scientific journals like Nature, Science, The Lancet, PLOS, and others require authors of studies published in their pages to declare any sources of funding that may indicate a conflict of interest.

Scientific Reports is even more direct, asking their authors to mention “Any undeclared competing financial interests that could embarrass you were they to become publicly known after your work was published.”

Which brings us to the Greenpeace exposé. In e-mails with Frank Clemente, a researcher affiliated with Penn State, Greenpeace portrayed themselves as representatives of an unnamed Indonesian coal company, looking to hire an academic to write a paper that would refute other studies that were damaging to the company’s image, namely studies that showed that coal and other fossil fuels contributed to premature deaths.

In the e-mails released by Greenpeace, Clemente offers to write an 8-10 page paper on the importance of coal for $15,000, also noting “My op/ed fee usually is $6000 for 2-3 pages.” In the e-mails, he assures the representatives that the source of the funding does not need to be disclosed.

The e-mail exchange with Frank Clemente is available here.

In e-mails with William Happer, Greenpeace posed as representatives of a middle-east-based oil and gas company. They asked him to write a paper highlighting the economic value of oil and gas to developing countries, in exchange for a fee. Happer asks them to give the money to a non-profit organized by Happer instead, but also assures them that there is no need to disclose the source of funding publicly.

In the e-mails Happer writes, “This was the arrangement I had with the attorneys representing the Peabody Coal Company in the regulatory hearings in Minnesota. The fee I would have received was sent instead to the CO2 Coalition, 501(c)(3) tax exempt educational organization. The CO2 Coalition covers occasional travel expenses for me, but pays me no other fees or salary.” Peabody Energy has come under fire before for issuing misleading statements about climate change. The e-mails indicate that the company paid the CO2 Coalition, a group founded by Happer, $8,000 at Happer’s request in exchange for his testimony at the Minnesota hearings.

The e-mail exchange with William Happer is available here.

Clemente, a sociologist, is retired, but still retains the title of a Professor Emeritus at Penn State. Happer, a physicist who once compared the “demonization” of carbon dioxide to the treatment of Jews in Nazi Germany, is the Cyrus Fogg Brackett Professor of Physics, Emeritus, at Princeton.

This isn’t the first time that Greenpeace has investigated the funding of scientists opposed to the view held by a vast majority of climate scientists. Earlier this year they uncovered ties between corporations and Willie Soon, a researcher at the Harvard-Smithsonian Center for Astrophysics. Greenpeace isn’t alone in challenging hidden ties between interest groups, corporations, and scientific studies. A large group of environmental groups recently called on the Justice Department to investigate Exxon Mobil’s stance on climate change, and whether it misled the public.

UPDATE 12/9: “”I fully stand behind every single statement I made”.Frank Clemente told Australian ​ABC​ “I write as an independent scholar fully apart from my non-salary role as Professor Emeritus. This is academic freedom,” he said.