Dinosaur Courtship Rituals Were Surprisingly Similar To Those Of Modern Birds

They built love nests, too 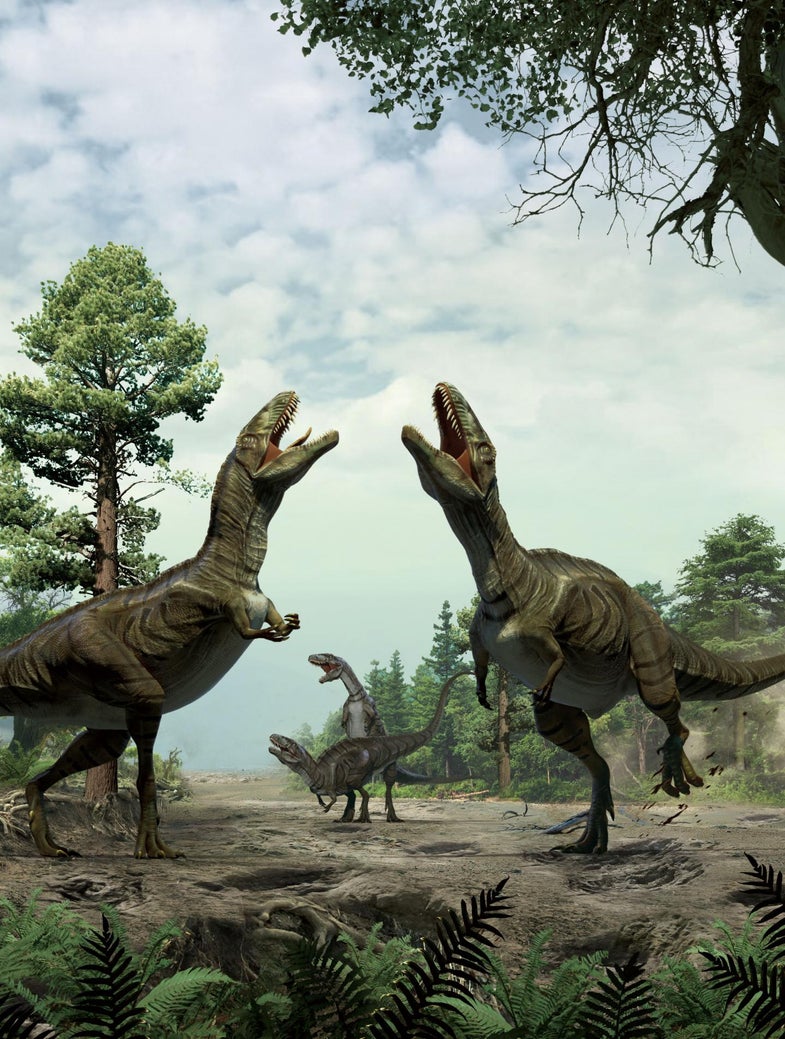 From feathers to flight, researchers keep finding more and more ways that dinosaurs were similar to modern birds. Modern birds are technically living dinosaurs, but a lot could have changed in the 65 million years since the other dinosaurs went extinct.

Now, there’s another similarity to add to the mix: foreplay. In a paper published today in Scientific Reports, researchers found evidence that dinosaurs had mating rituals much like modern birds.

Some male birds today use displays to attract a mate, such as digging or furnishing nests to show how they would provide a safe and impressive home for their offspring. Researchers found evidence in Colorado that dinosaurs did the same thing, scraping the ground to create nest displays, hoping to attract a female to mate with. The ‘scrapes’ are the first of their kind to be found anywhere in the world, and some are as large as bathtubs. 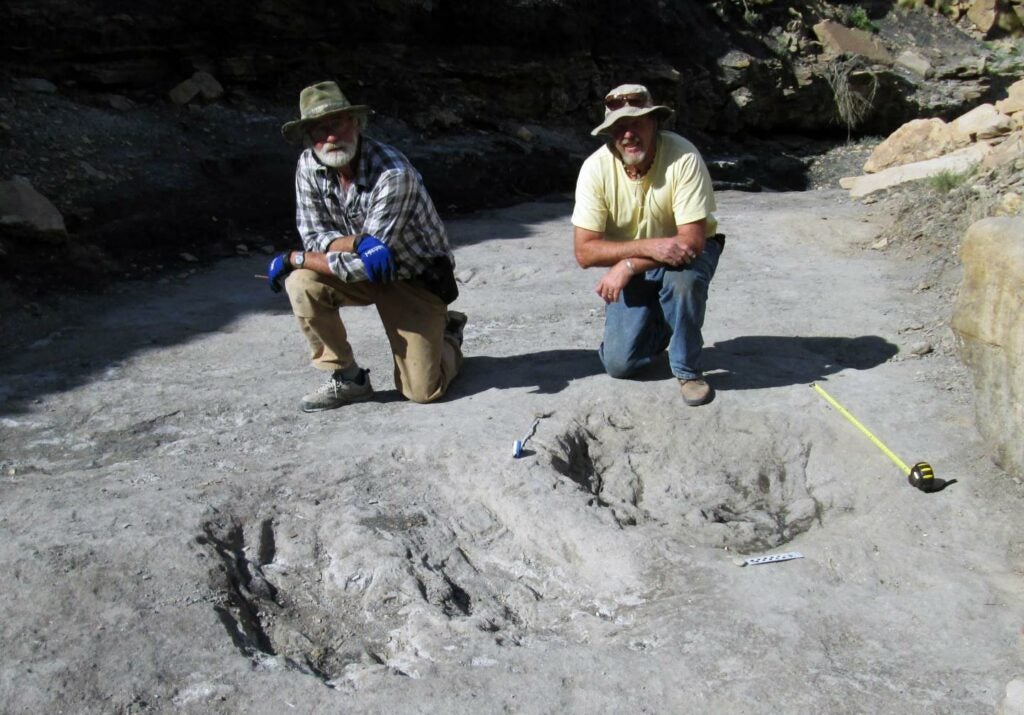 The researchers are pretty sure that the scrapes aren’t the remains of actual nests; they aren’t quite the right shape, there aren’t any eggs, eggshells, or evidence of hatching, and they aren’t spaced out as well as other known nest sites.

“The scrape evidence has significant implications,” said Martin Lockley, lead author of the paper. “This is physical evidence of pre-historic foreplay that is very similar to birds today. Modern birds using scrape ceremony courtship usually do so near their final nesting sites. So the fossil scrape evidence offers a tantalizing clue that dinosaurs in ‘heat’ may have gathered here millions of years ago to breed and then nest nearby.”

The scrapes found by Lockley are a kind of trace fossil–fossilized evidence that an organism was there, but not a fossil of the organism itself. Other trace fossils might include burrows, nests, poop, even impressions of urine. Trace fossils like these can give paleontologists insight into dinosaur behavior, like the footprints discovered last year that showed that sauropods liked shallow water.