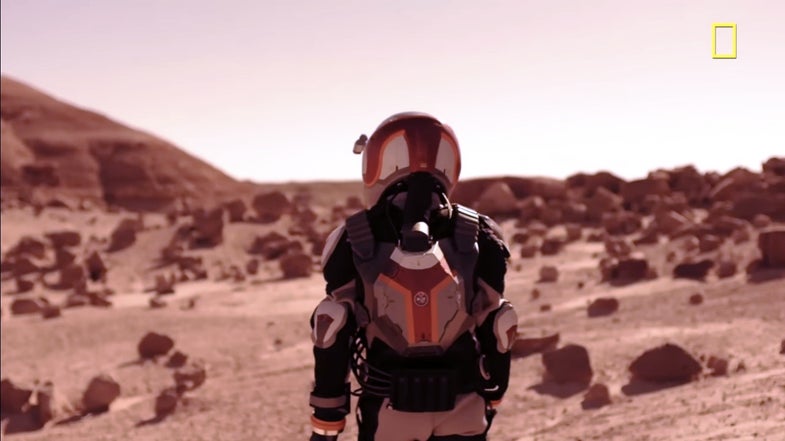 Ron Howard is taking us to Mars with a new National Geographic Channel miniseries that blends fact and fiction. And it (appropriately titled Mars) looks awesome.

Not that it would look anything less than awesome: remember Ron Howard has directed space travel before with a little movie called Apollo 13. This mash-up of documentary and drama is something totally new (not to mention his first foray into Martian exploration).

Seeing how the world of Mars looks through Howard’s eyes would be a marvel in and of itself, but the six-part miniseries also includes documentary footage alongside the drama to showcase contemporary thinking on our future on the Red Planet. Think Band of Brothers except with space travel and, you know, speculation not history.

Either way, it’s an interesting concept. Watch the trailer below: