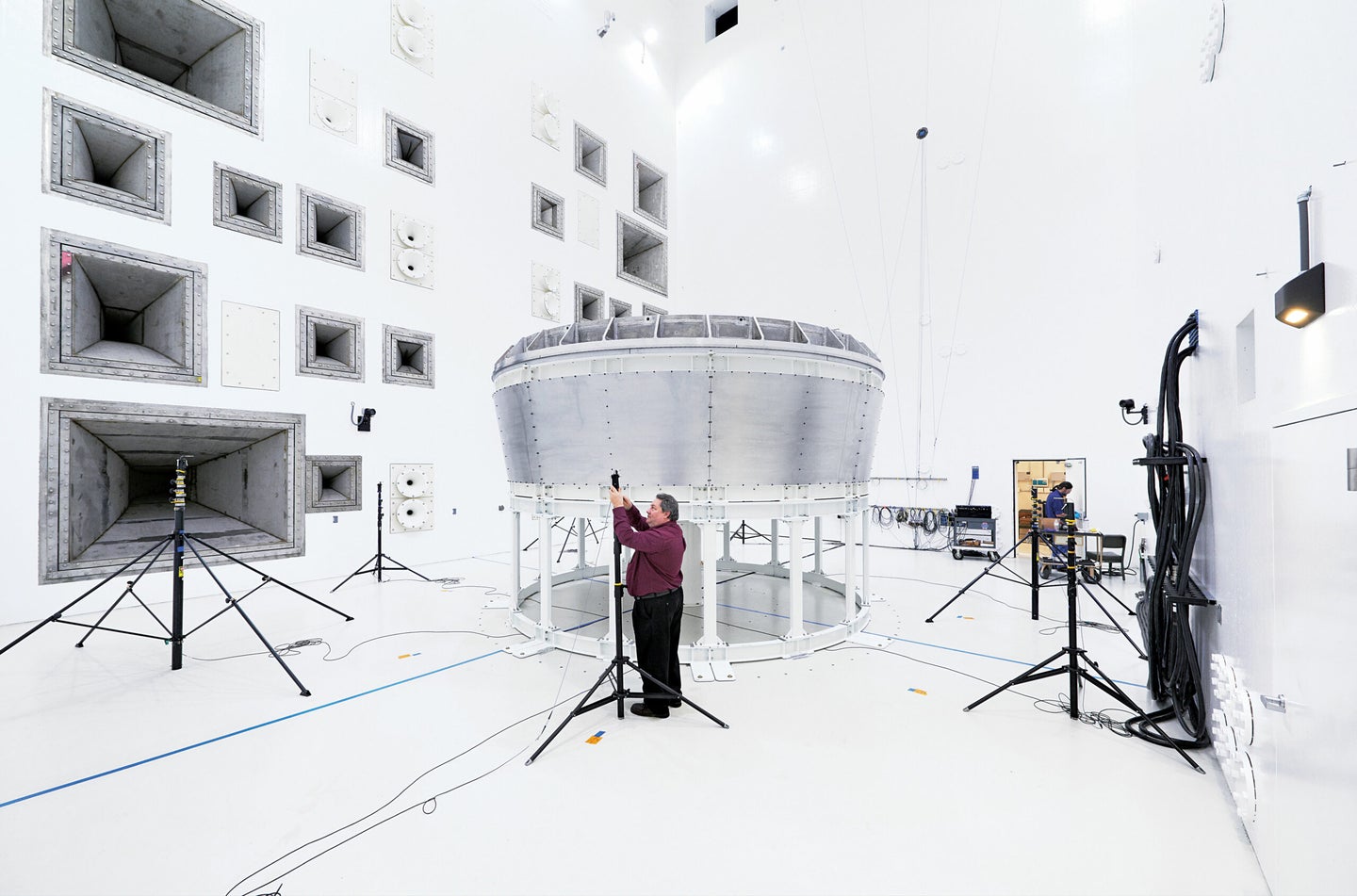 Rocket launches are loud—180 decibels or more—and can turn human organs into jelly. They can also wreak havoc on a space capsule. So engineers in Sandusky test Orion’s structural integrity by blasting its parts with 152 decibels of noise inside the world’s most powerful acoustic chamber. Spencer Lowell
SHARE

NASA’s $18 billion Orion program will deliver humans to the surface of Mars sometime in the 2030s. For the first time, the agency opened its doors—at three facilities around the country—to give us an exclusive look as they build the capsule and rocket systems that will take us there. 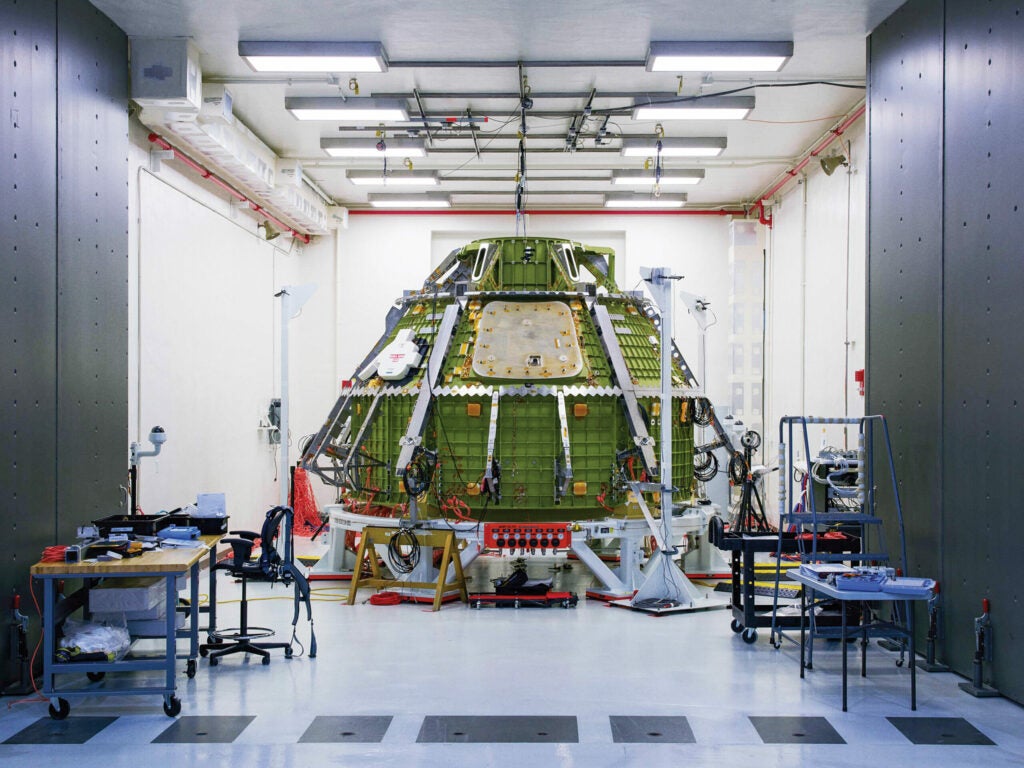 Orion is the first manned spacecraft NASA has built in a generation. Its aim is to take humans farther than they’ve ever gone, beginning a new era of deep space exploration. This Orion capsule at Kennedy Space Center in Florida will be part of the first mission in 2018. To ensure it’s airtight, engineers pumped in more air than it’s meant to handle, checking for weak points in its structural integrity that could endanger a crew. 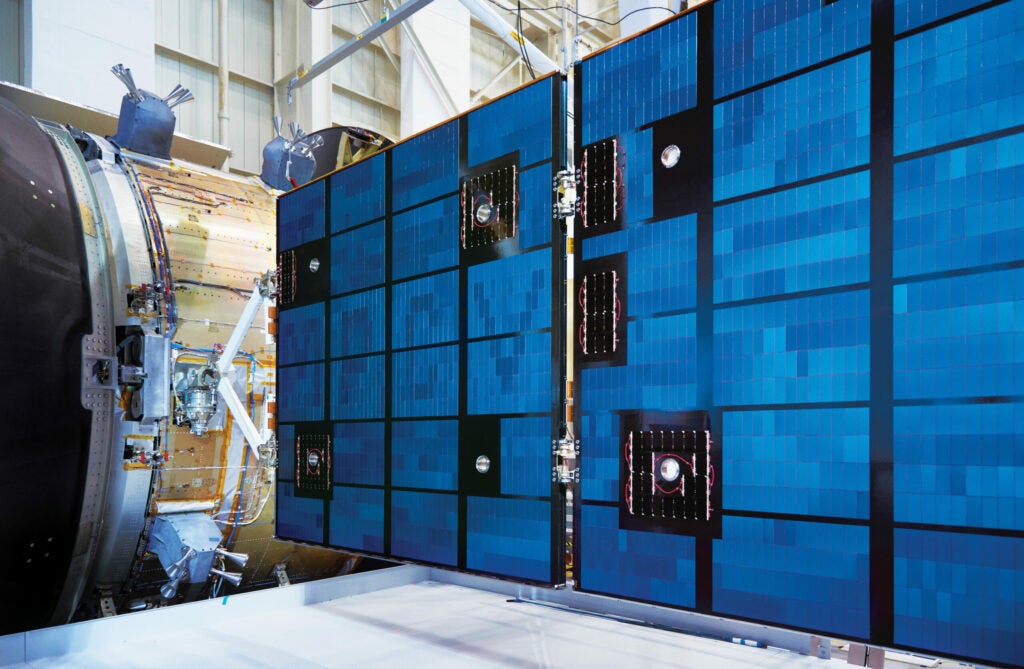 An X-shaped array of four 24-foot solar panels will generate 11 kilowatts of energy to power Orion’s computers, life support, and other onboard equipment. Folded during blastoff, they will unfurl like accordions in space. Here, at NASA’s Glenn Research Center in Sandusky, Ohio, engineers test mock versions of the panels to ensure they won’t jam when they are deployed. 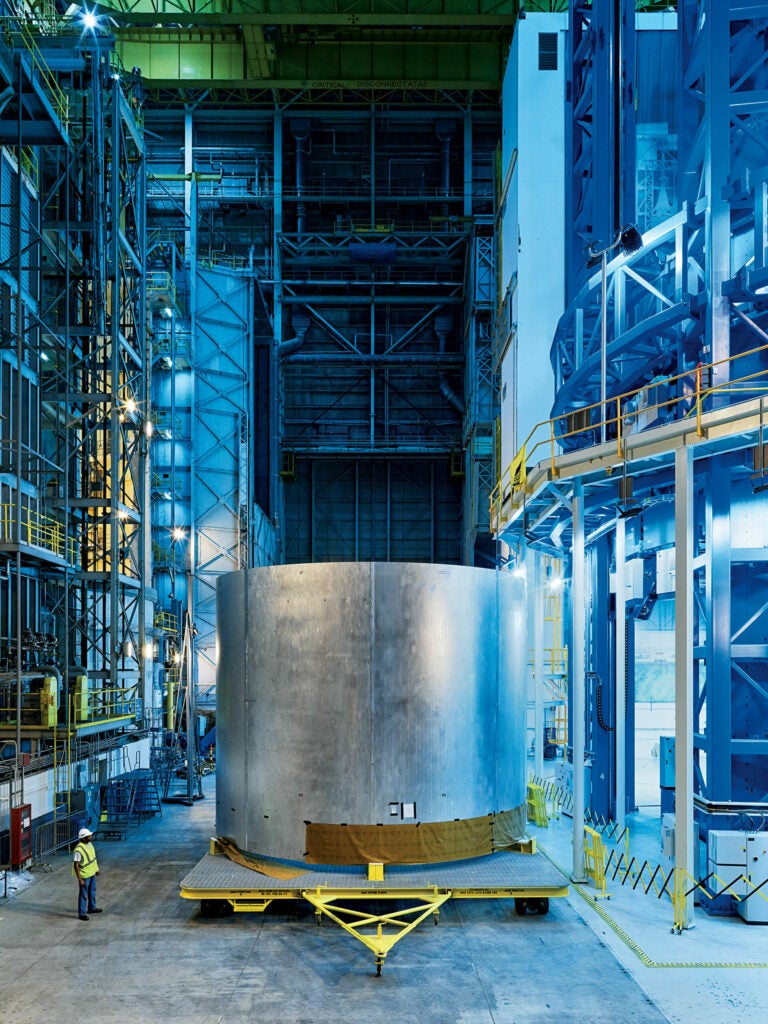 Above is one of five barrels that will form Orion’s 130-foot-tall hydrogen storage tank. The rocket will burn 730,000 gallons of cryogenic liquid hydrogen (stored at minus 423 ºF) and oxygen as it leaves Earth. Engineers at this NASA assembly facility in New Orleans will stack the finished barrels onto the blue scaffolding at right, and then fuse them together with other parts of the rocket. 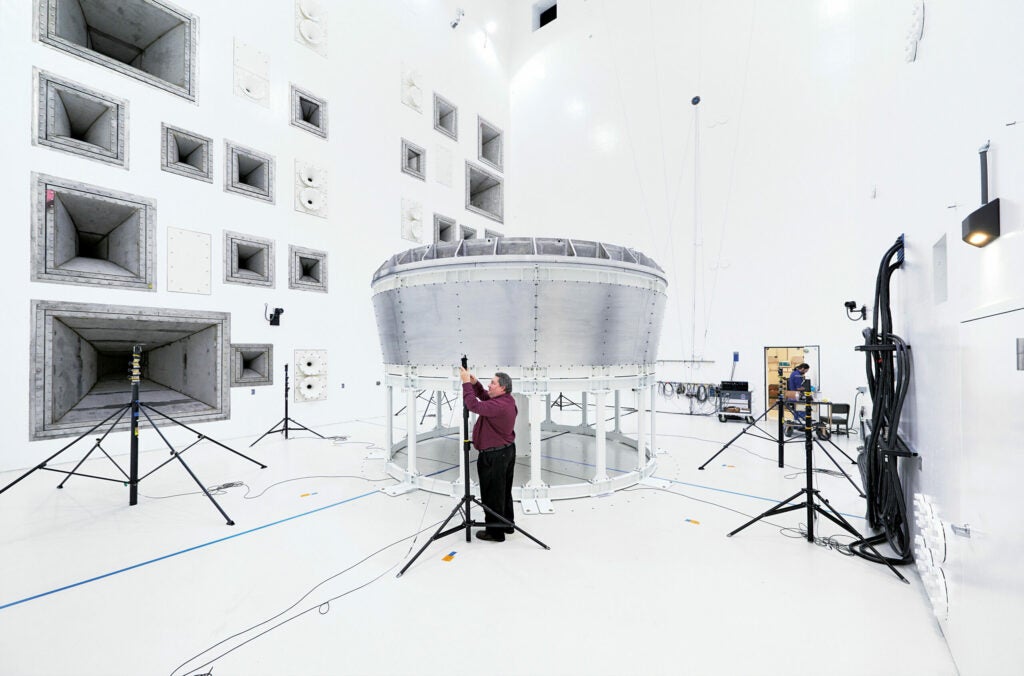 Rocket launches are loud—180 decibels or more—and can turn human organs into jelly. They can also wreak havoc on a space capsule. So engineers in Sandusky test Orion’s structural integrity by blasting its parts with 152 decibels of noise inside the world’s most powerful acoustic chamber. 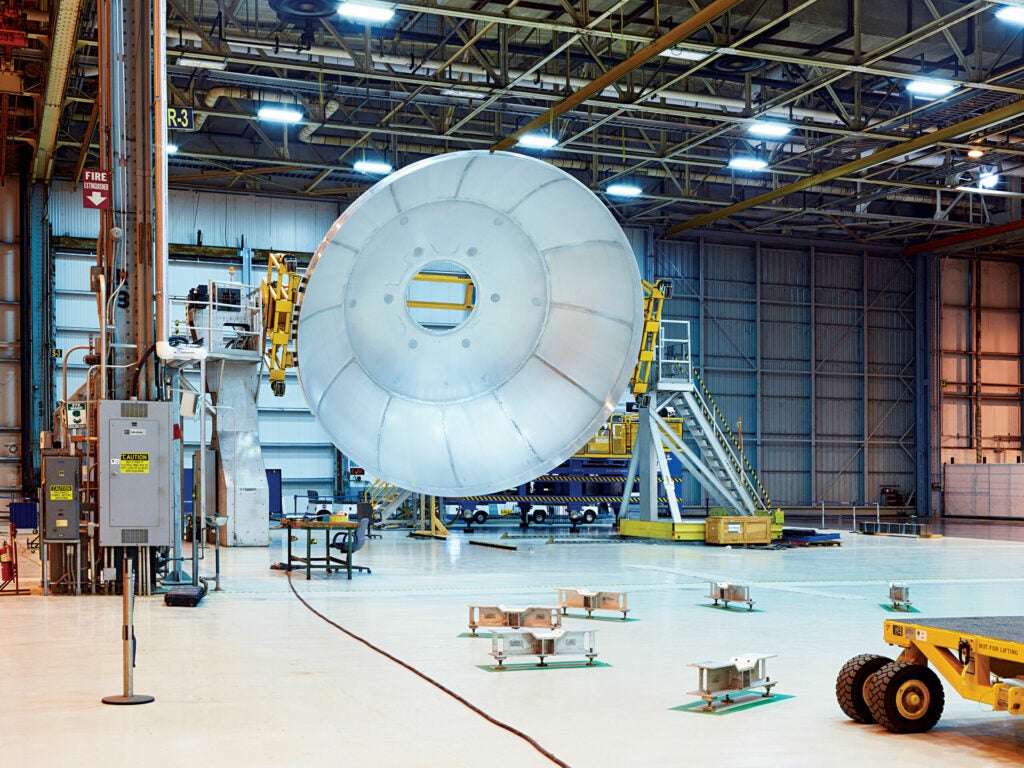 Capping Off A Heavy Load

Two domes will cap the top and bottom of the SLS’s cylindrical hydrogen tank (once their holes are covered). At liftoff, hydrogen and oxygen will collide inside the rocket’s repurposed space shuttle engines, exploding with enough thrust to lift 286,000 pounds—20 percent more power than the rocket that carried Neil Armstrong to the moon.