Nanowires could be used in small powerful devices 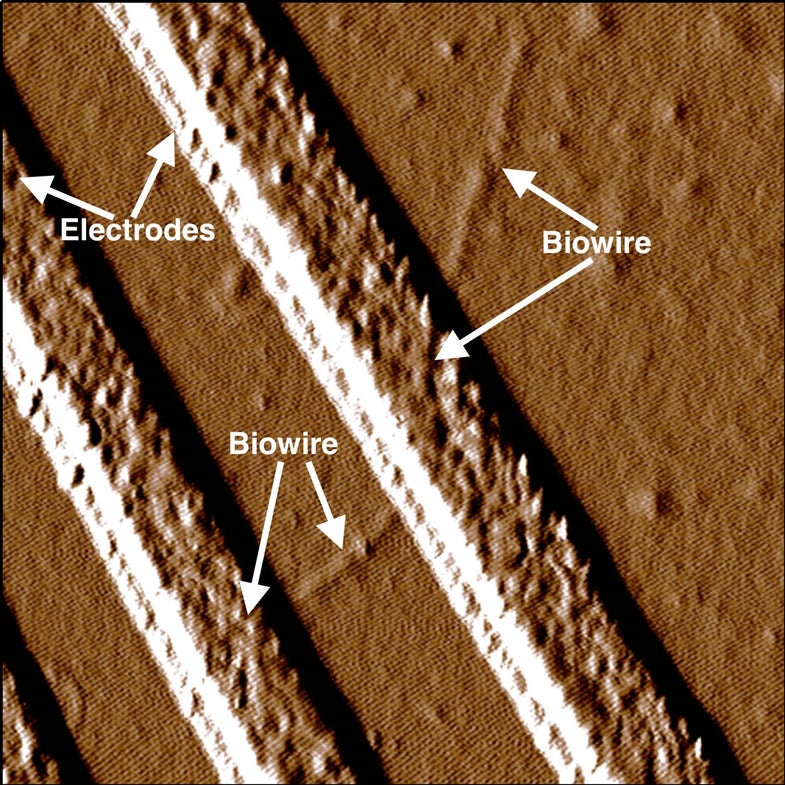 Give a man tryptophan, and he falls asleep (supposedly). Give tryptophan to genetically modified bacteria created by University of Massachusetts-Amherst biologists, and they produce tiny conductive wires that may one day be used in electronics. Call it different strokes for different folks.

Fifteen years ago, the scientists noticed that Geobacter, a bacterium commonly found in soil, creates protein microfilaments that help it grown on iron minerals, and those filaments conduct electricity, albeit at low levels.

“As we learned more about how the microbial nanowires worked, we realized that it might be possible to improve on Nature’s design,” microbiologist Derek Lovely, who led the team, said in a statement.

In order to boost the conductivity of the microfilaments, they created a new strain of Geobacter that incorporated tryptophan, an amino acid popularly known for making people drowsy when they eat Thanksgiving turkey. (This has been debunked, though in high enough doses tryptophan will make a person sleepy.) Tryptophan is good at transporting electrons on the nanoscale.

Normally, toxic chemicals are required to synthesize nanowires, but according to Lovely, the process for making these biowires is “green,” and the wires themselves contain no toxic components.

If the wires can be mass-produced, the researchers say, they could serve as wires, transistors, and capacitors in a variety of applications including biocompatible sensors, computing devices, and components of solar panels.

The research was published today in the journal Small.