What Does The Deadly Oak Epidemic Mean For Whiskey?

Could the greatest beverage ever invented be at risk? 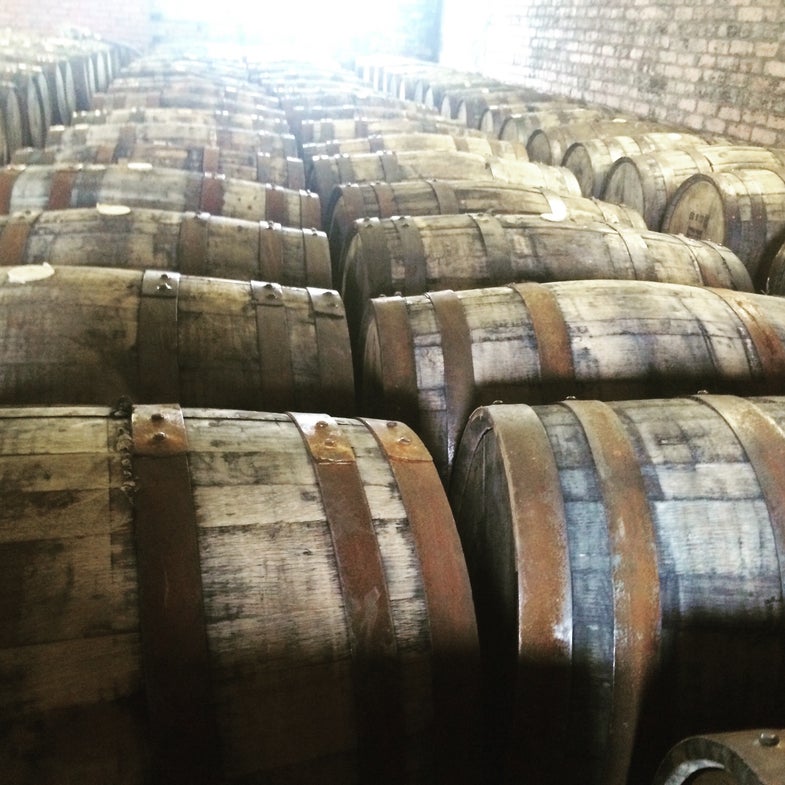 An aggressive disease has already killed millions of trees in California and the Northwest, and scientists fear it may be well past the point of containment. It’s a major danger to the ecosystem.

My thoughts inevitably turned to an oak product close to my heart: whiskey. Could Sudden Oak Death destroy the greatest beverage ever invented?

Sudden Oak Death isn’t a new disease. It’s been on the radar in California for over 20 years: an aggressive pathogen with a distant relation to the same disease that caused the Irish potato famine. Once it holds a tree in its clutches, the diseased oak develops sores and essentially bleeds sap until it dies. Think the worst parts of plague and leprosy, but for trees.

The result is over 40,000 acres of dead or dying trees in the Northwest alone—an expanse expected to grow 14 times larger over the next 15 years. That’s not total deforestation, but it means tens of millions of trees and several species beyond just those with “oak” in the name that are susceptible. California, which lost 300,000 acres due to wildfires last year alone, doesn’t need another significant source of tree and wilderness death.

The Washington Post reports that we’re more than a decade past the crucial containment point:

Oak is the life blood of the whiskey industry. And a sudden destruction of the forests used for barrel production would have catastrophic consequences for not just U.S. whiskey production, but production around the world.

The lumber industry already struggles to keep pace with demand, which has surged over the last decade. 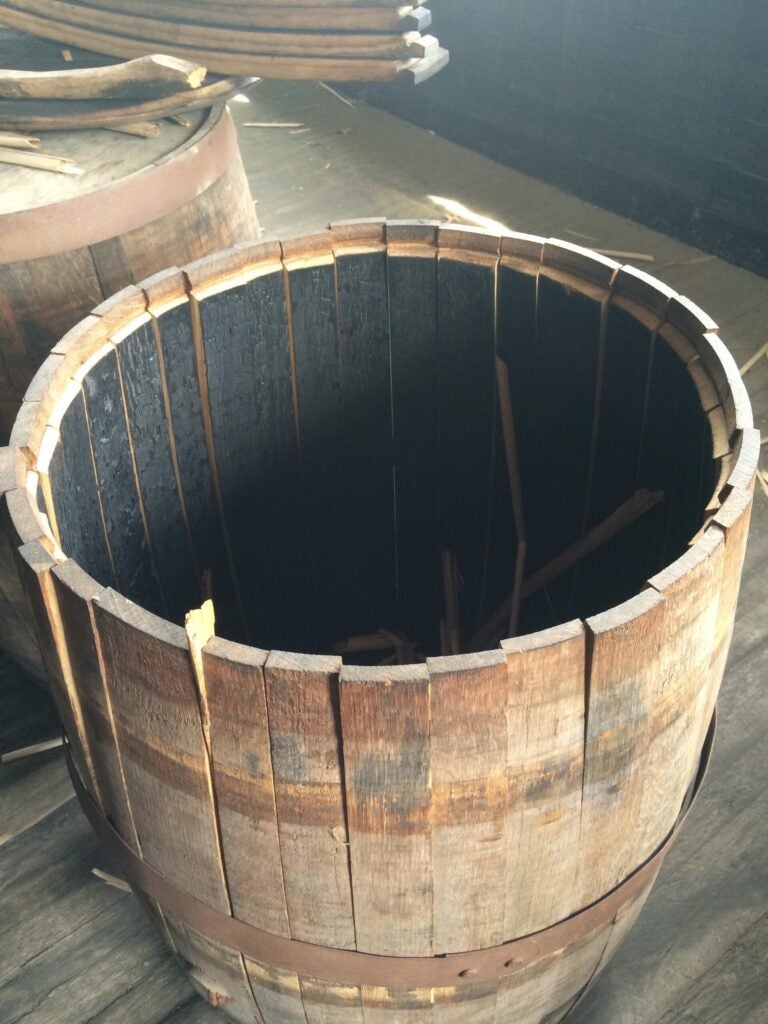 Most barrels in the U.S. are constructed of staves of white oak, which are charred for bourbon, coopered together, and filled with whiskey. After they’ve been emptied, they’re sent all over the world to be used for decades longer. Some hold whiskey for well over a century.

So as a whiskey drinker, when I hear about an oak-killing pathogen becoming unstoppable, I worry. Could this endanger the number-one-selling alcoholic spirit in the U.S.?

Independent Stave Company, one of the largest barrel manufacturers in the world, is the sort of place where oak diseases are taken very seriously, and company President Brad Boswell isn’t terribly worried.

“The American white oak utilized by cooperages is sourced primarily from the eastern hardwood forests,” Boswell explains. “We have a long-term sustainable source of white oak in the east. Our species in the east are quite different than species in the west, where disease is a factor.”

Dr. Richard Cobb, a member of the Rizzo Lab at the University of California Division of Agriculture and Natural Resources, says the water-borne disease has been found outside the Northwest. “The pathogen has been recovered from streams in other parts of the U.S. In the Southeast it has been recovered from stream ecosystems, but it has never emerged as a disease within the landscape.”

The reason is variations in species. Sudden Oak Death affects several oak species: coast live oak, tanoak, and red oak, as well as a handful of other plant species. But for some (lucky) reason white oak (the main source of wood for barrels) seems immune to it—an immunity scientists don’t fully understand.

Cobb says the white oak immunity is more of a potential tool than unstable hazard. “We have never found any white oak species to be susceptible,” he explains. “The pathogen does change through interactions with different plant species, but the main concern is that the host range (the number of species which can be attacked) is very broad.”

Keep in mind that even without spreading to other species, Sudden Oak Death can still wipe out entire species of trees. It’s a disease that has appeared in some form or another in Asia and Europe alike, and just because white oak and the barrels produced from it aren’t threatened, doesn’t mean there aren’t larger impacts to humanity.

I probed him again, for any inkling that there could be a chance of the disease changing course, or somehow defeating that immunity. But Cobb explained that while mutations were possible, the disease is clonal, meaning it self-replicates. It would need a second strain in order to change drastically. In other words, it’s unlikely for the disease to mutate; instead it would have to essentially mate with another similar strain—something they’ve never heard of happening.

“And there has been an effort to keep a second mating type out of impacted forest in the west coast, because of uncertainly around how the two mating types would interact and what evolutionary implications this would have. The last thing we need is for a novel pathogen type to arise that kills more species of trees—especially one that also kills white oaks.”

Still he says it’s not entirely impossible. “We have not observed the pathogen to evolve the ability to attack hosts that otherwise appear immune. But, we have been surprised many times by what this pathogen has been able to infect.” Cobb says they still don’t understand why white oaks are immune while red oaks are susceptible. “That kind of incomplete biological understanding has, and will in the future, led to surprises with this pathogen.”