The tiniest cosmonauts could help develop a "sunblock" for radiation 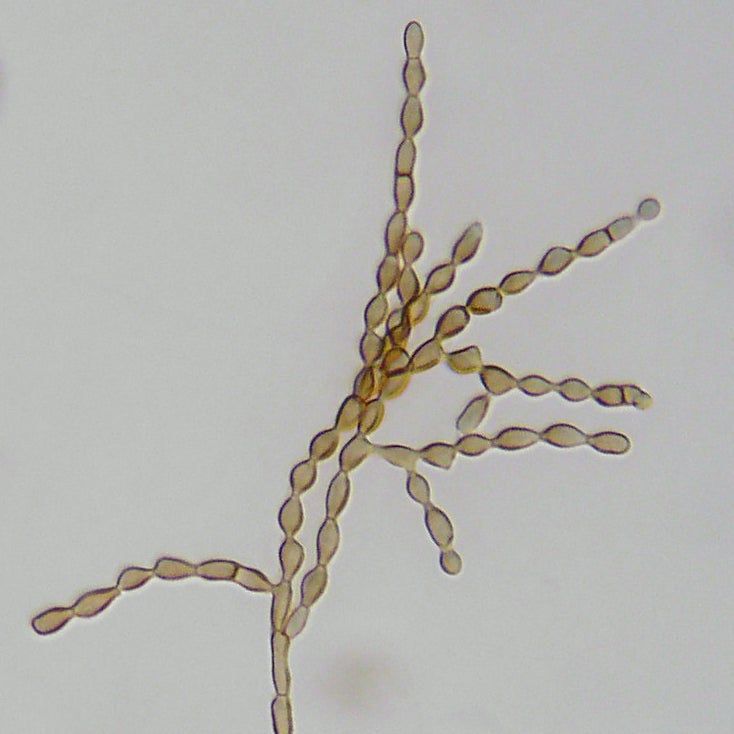 Some special passengers are riding to the space station inside SpaceX’s Dragon capsule, which launched on Monday morning. The 8 species of fungi onboard, which are descended from microbes collected at Chernobyl, may one day lead the way to a “sunblock” that could protect human space travelers from the harmful radiation of space.

Radiation is one of the major hurdles to colonizing the solar system. Outside the protective bubble of Earth’s magnetic field and atmosphere, the high-energy charged particles shoot into our squishy bodies like tiny bullets, damaging cells and causing DNA mutations that can lead to cancer. But pharmacologist Clay Wang is hoping the radiation on the International Space Station will induce some good changes in a group of microorganisms.

Wang and his colleagues chose 8 species of fungi that were collected at Chernobyl between 1988 and 2006, and sent them on the ride of their lives. Some of the fungi were found living in the Exclusion Zone directly surrounding the ruined power plant, and others came from areas outside the Exclusion Zone. Two of the species, Cladosporium sphaerospermum and Cladosporium cladosporioides, actually grow toward radiation preferentially.

The microbes were originally collected by Lawrence Berkeley National Lab as part of a separate study about the effects of radiation, but Wang’s colleagues are hoping they’ll provide some clue that will help humans survive in space.

“Microorganisms only make certain things when they need to,” Wang explained to Popular Science. “We want to see if they actually make new compounds in space.”

Wang performed a similar experiment on a mission that launched to the ISS in April. In that case, his team wanted to see if a fungus would create novel medicinal compounds in the space environment. At the time, he explained to Popular Science that each microorganism is like a mini factory, except that a lot of its machines have never been turned on, so we don’t know what they do. Putting these organisms in a new environment has been shown to activate some of those other “machines,” causing the microbes to produce new compounds. There’s no environment more exotic than space, so why not see what they’ll produce?

Unlike the laboratory strain of fungus that launched in April, the microbes that launched on Monday are a wilder variety that’s more diverse genetically as well as in the types of compounds they produce.

Although the levels of radiation that astronauts are exposed to on the ISS is much lower than levels at Chernobyl, lead researcher Kasthuri Venkateswaran from NASA’s Jet Propulsion Laboratory says the radiation levels combined with microgravity could lead to useful compounds for mankind.

Further down the line, he says, “Once we understand the molecular mechanisms, these fungi would be a good model for exposing to space and Mars radiation.”