A lesson from the Apollo missions 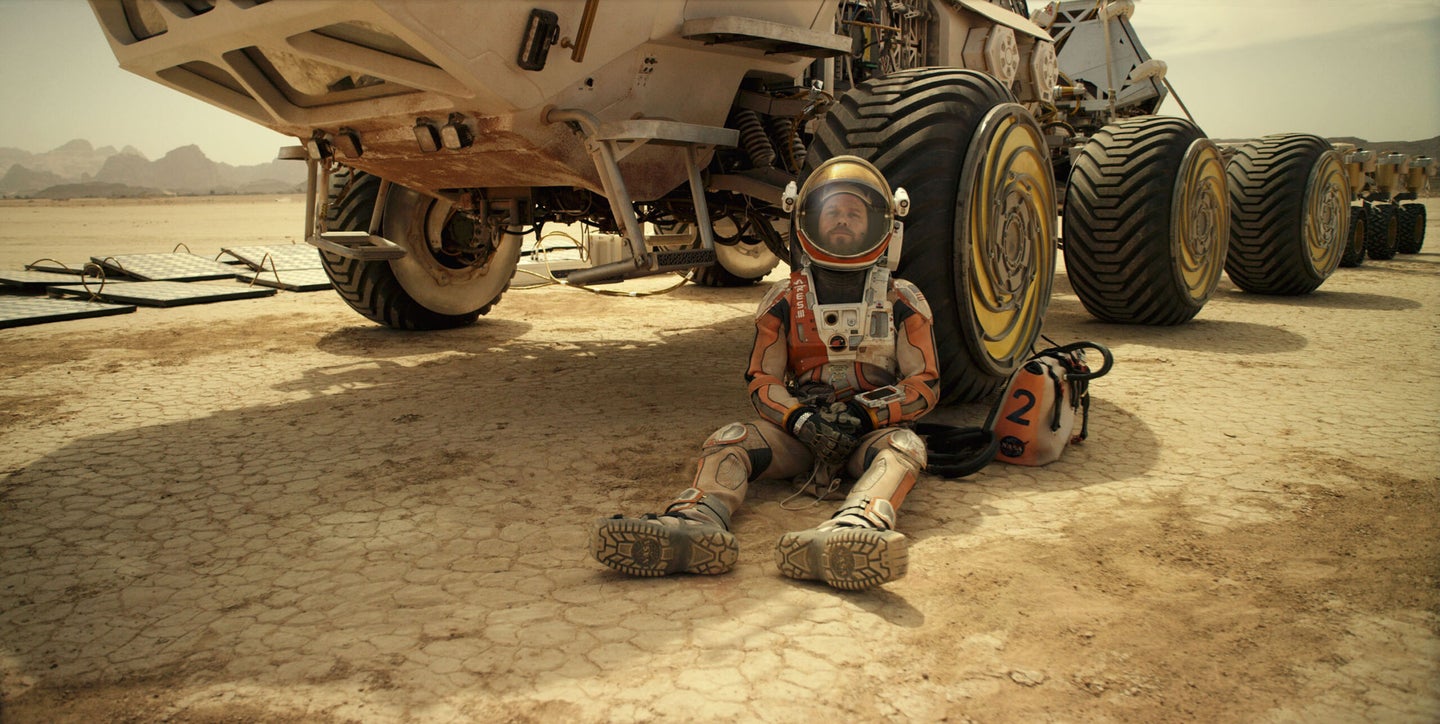 Bad news for future Martians: A new study suggests that deep space radiation may have made Apollo astronauts four or five times more likely than other astronauts to develop cardiovascular disease. The estimate is somewhat questionable, since only a handful of folks have ever gone that deep into space, but if it holds up, the risks could be higher for astronauts who take the years-long trip to Mars and back.

A decade of research on the International Space Station has shown that astronauts are more susceptible to circulatory problems, vision problems, and the loss of muscle and bone density. But as mankind expands out beyond the protective magnetic shell that envelops Earth and the space station, radiation becomes a bigger threat.

What Is Deep Space Radiation?

Composed mainly of galactic cosmic rays and speeding protons from the sun, deep space radiation is expected to cause elevated risks of cancer, neurological disorders, and radiation sickness in future Mars explorers. Now it looks like scientists can add cardiovascular disease (CVD) to the list.

Although ionizing radiation (like from gamma rays or x-rays) is known to increase risk of CVD, scientists figured the heavier particles in deep space radiation could potentially cause more damage.

“Most of what we’ve learned comes from atomic bomb survivors, and that is a very unique and different exposure scenario,” says study co-author Ruth Globus, who researches the effects of space radiation at NASA Ames.

They found that CVD rates didn’t differ between non-flight and LEO astronauts, but the rate was almost 5 times higher in the Apollo astronauts. 43 percent of the Apollo group developed CVD, although the small size of the group means this estimate should be taken with a grain of salt.

The researchers found that radiation, not microgravity, damages the cells that line the blood vessels–a factor that allows for plaque to form, leading to CVD.

Determining how much radiation an astronaut actually absorbs is a tricky business. The paper points out that over longer-term stays in the International Space Station, astronauts could potentially get a radiation dose similar to that of Apollo astronauts. Why don’t those astronauts have a higher rate of CVD than astronauts who haven’t been to space?

The authors list a few explanations. First, maybe the LEO dose estimates are off. Second, activities on the lunar surface could have exposed the Apollo astronauts to scattered neutrons, which aren’t found at significant levels in side spacecraft. Lastly, the Earth’s magnetic field shields astronauts in LEO from lighter, low energy particles, whereas lunar and deep space astronauts get hit with these.

> While it remains uncertain whether differences in absorbed dose profiles can account for the elevated lunar CVD mortality rates reported here, it is equally difficult to disregard this possibility.

What Does It Mean For Mars Explorers?

“In days of Apollo, the hull materials and how the ship was built was quite a bit different,” says Globus. “So I do think there have been substantive advances.”

Scientists have also gotten better at understanding and predicting radiation, she says, so that if the sun decides to erupt a sudden burst of solar particles, the space station crew can retreat to a safe haven.

Still, NASA has identified radiation as one of the main challenges of sending a crew to Mars, and the space agency is still working out a way to protect astronauts from its deadly effects. Radiation shielding and perhaps even a radiation-proof sunblock could some day make the road to Mars a little safer.