A conversation with the founder of Moon Express 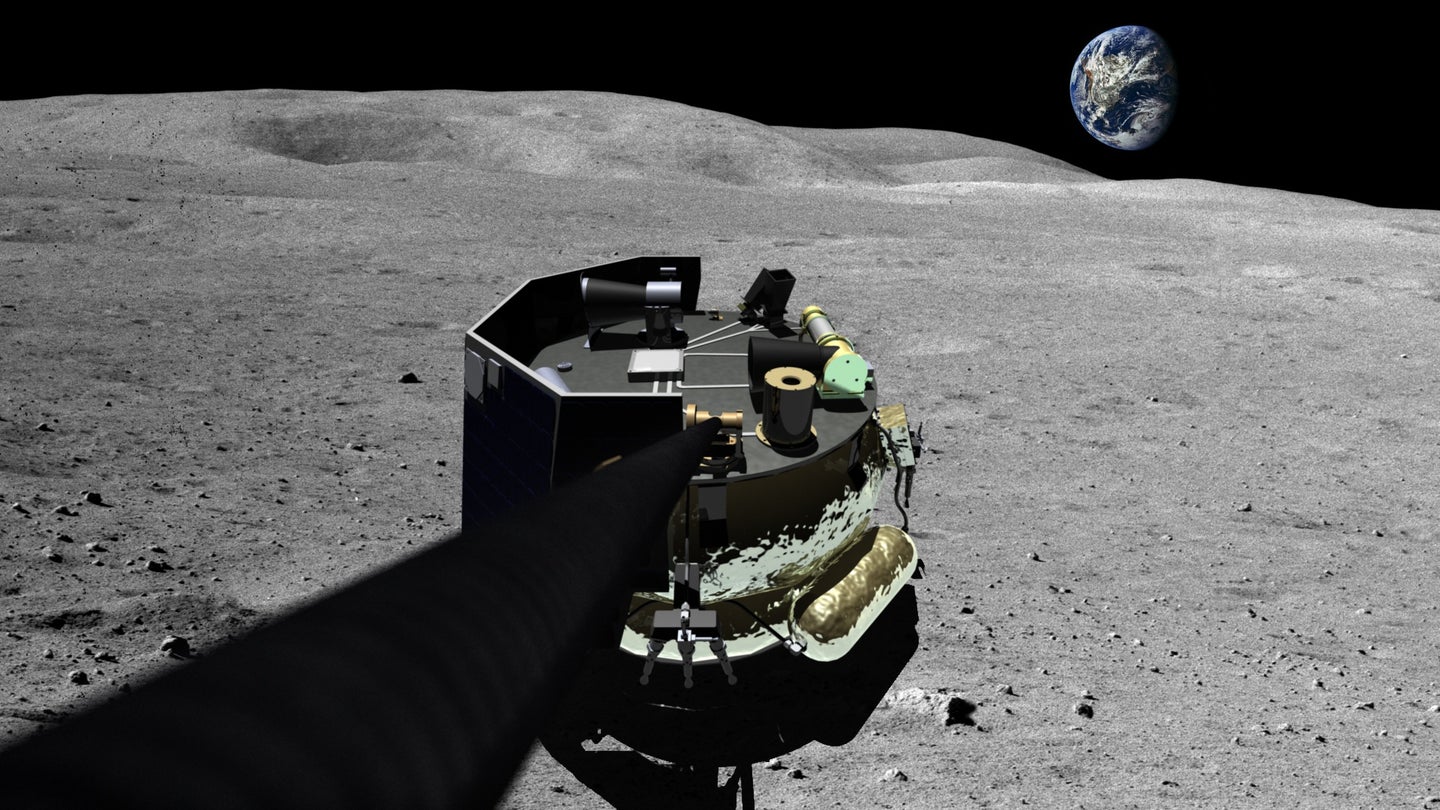 Since 1966, only three nations have landed spacecraft intact on the Moon. Today, a small Florida company announced that it has gotten official permission to join that exclusive club.

Since its founding in 2010, Moon Express, which will work in partnership with NASA out of the Kennedy Space Center, has always aimed to put a lander on the moon. It is one of the leading contenders for the Google Lunar X-Prize, a $30 million dollar challenge to land a craft on the moon, travel 1,640 feet, and transmit back high-definition photos and video.

Among the many obvious challenges the company faces, the regulatory hurdle weighed heavily. Because no private space company had ever asked to leave Earth’s orbit, no regulatory or legal pathway existed.

The company plans to launch toward the end of next year. It has already booked passage on an experimental rocket produced by the New Zealand-company Rocket Labs.

Moon Express will need to move quickly to make that deadline. Though the company has developed and tested a large prototype lander, it needs to produce a much smaller, mission-ready one. The payloads are still being worked out, as is the software to land the rover on the moon’s surface. Finally, Rocket Labs needs to prove its battery-powered rocket design viable; that company has its first launch tests slated for the second half of this year.

Popular Science sat down with Naveen Jain, one of three co-founders of Moon Express. Jain, an already successful tech entrepreneur with roots in Silicon Valley and the Pacific Northwest, shared his vision for Moon Express now and in the future, along with his greatest hope: that putting a lander on the Moon would inspire other entrepreneurs to reach extraordinary heights, in space or otherwise.

Why start a company that aims to do something only a few nations, over the span of 50 years or more, have ever attempted?

To rephrase John F. Kennedy, we chose to the go to the moon not because it is easy but because it is profitable. We see this as a first step in providing humanity with a plan B, rather than living on a single point of failure called Spaceship Earth.

Those are all worthy goals, but what made you do this now as opposed to 15 years ago?

We saw the convergence of many technologies. While sensors were becoming smaller and more powerful, their prices were also coming down quickly. We started to see artificial intelligence and machine learning coming along, which makes the development of autonomous systems much easier. We also saw rocket technology developing quickly. You put those things together and a mission that would have cost NASA billions of dollars a few years ago can now be done for under $10 million. That changes the business prospects dramatically.

What business are you actually talking about?

In the last 10 years, we learned that the moon holds tremendous resources: platinum-grade materials, helium-3, that kind of stuff. Some of the estimates put that value at $16 quadrillion. On top of that, there’s an abundance of water. Because water can be broken down into hydrogen and oxygen, it is the fuel for space exploration.

What makes your plan for eventual mineral extraction different than, say, Planetary Resources, which aims to capture and mine asteroids?

With the naked eye, we see the moon is covered in craters. Those are from asteroids. The moon is, essentially, an aggregator of asteroids. So as opposed to mining an individual asteroid, why wouldn’t you just go somewhere that’s been aggregating many asteroids for billons of years?

If you do find valuable minerals, how would you actually get them back to Earth?

Coming back is actually the easy part. We use the Earth’s gravity and drop something into the Pacific Ocean with a beacon. This is how we returned Apollo. I think, now, we have much better technology. We are able to come down like a space shuttle.

How does getting this approval help further your goals?

When people think of Space X, Virgin Galactic, and Blue Origin—they think private space has already been done. What they don’t realize is that no company has ever left Earth’s orbit. In fact, only three superpowers have landed a craft on any foreign body. [Others have crash-landed. -PS] They were the U.S., Russia, and to some extent China, even though it was a pretty hard landing. Still, let’s give it to them. If we succeed, not only will we become the first private company to land on the moon but the fourth superpower. If a small group of entrepreneurs can do something that only had been done by superpowers, that’s a huge shift in what’s possible.

What more do you need to do to get ready?

We have a larger lander that we demonstrated at NASA’s Kennedy Space Center. We have tested the software. And then tested it all together last year in September. Now we are essentially building the same thing but a miniaturized version. We’re testing the navigation and the propulsion system—we’re using hydrogen peroxide as our propellant.

And what about Rocket Labs? Does it concern you that they have not yet launch-tested their rocket?

Even though Elon Musk’s Falcon Heavy has not yet flown, a lot of people in private space are planning on using it. I see this the same way. Rocket Labs has a great rocket, and they have several test missions planned between now and the end of the year, and the first half of next year.

If it doesn’t work, we’re rocket-independent. We could use SpaceX, Paul Allen’s company, or Launcher One from Virgin Galactic. We could use Blue Origin rockets, or rockets from Russia or India or China. It’s all a commodity.

What is your flight plan?

We will strap two landers together on a rocket to low Earth orbit. Once there, one of the landers will act as a booster sending the other one toward the moon. On the final approach, the one lander will use its thrusters and autonomous software to land. Since there’s a 3-second delay between the moon and Earth, we can’t guide the landing remotely.

What payloads will you bring?

One is a telescope that we’re building. People will be able to control the telescope over the Internet, take a picture, and download. We have also announced that we’re going to be taking ashes and making people astronauts after they die.

NASA will be our customer in terms of scientific payloads. I believe we are talking about taking a biospheric plant to grow on the moon.

You’ve said that humans need to be a multi-planet species. Why?

Just look at the dinosaurs. They didn’t have a space program and see where that got them? Humans need a Plan B. That could be inflatable habitats in space or on the Moon. We believe the lava tubes on the Moon and Mars would be great habitats. They have significant protection from radiation.

We could start thinking about adapting ourselves to new environments using new genetic engineering techniques like CRISPR. For example, we’ve known about bacteria that thrive in radioactive waste. What if we could add those capabilities to the human genome? We know our bodies begin to adapt to the conditions in space days after we arrive. We could speed this process along with genetic engineering.

Elon Musk has said that he plans to bring people to Mars by 2024. Do you believe him?

When it comes to going to Mars, even NASA is coming to the conclusion that the best way to learn to live on Mars is to live on the Moon first. The ESA has already announced they want to make a lunar colony. It’s much better to learn to live off the planet when you’re only a few days away rather than months on Mars. He might do that. But we’re going to need to go the Moon first. That’s our stepping stone, and the beginning of our lives in space.