A Middle East synchrotron experiment is looking for proposals 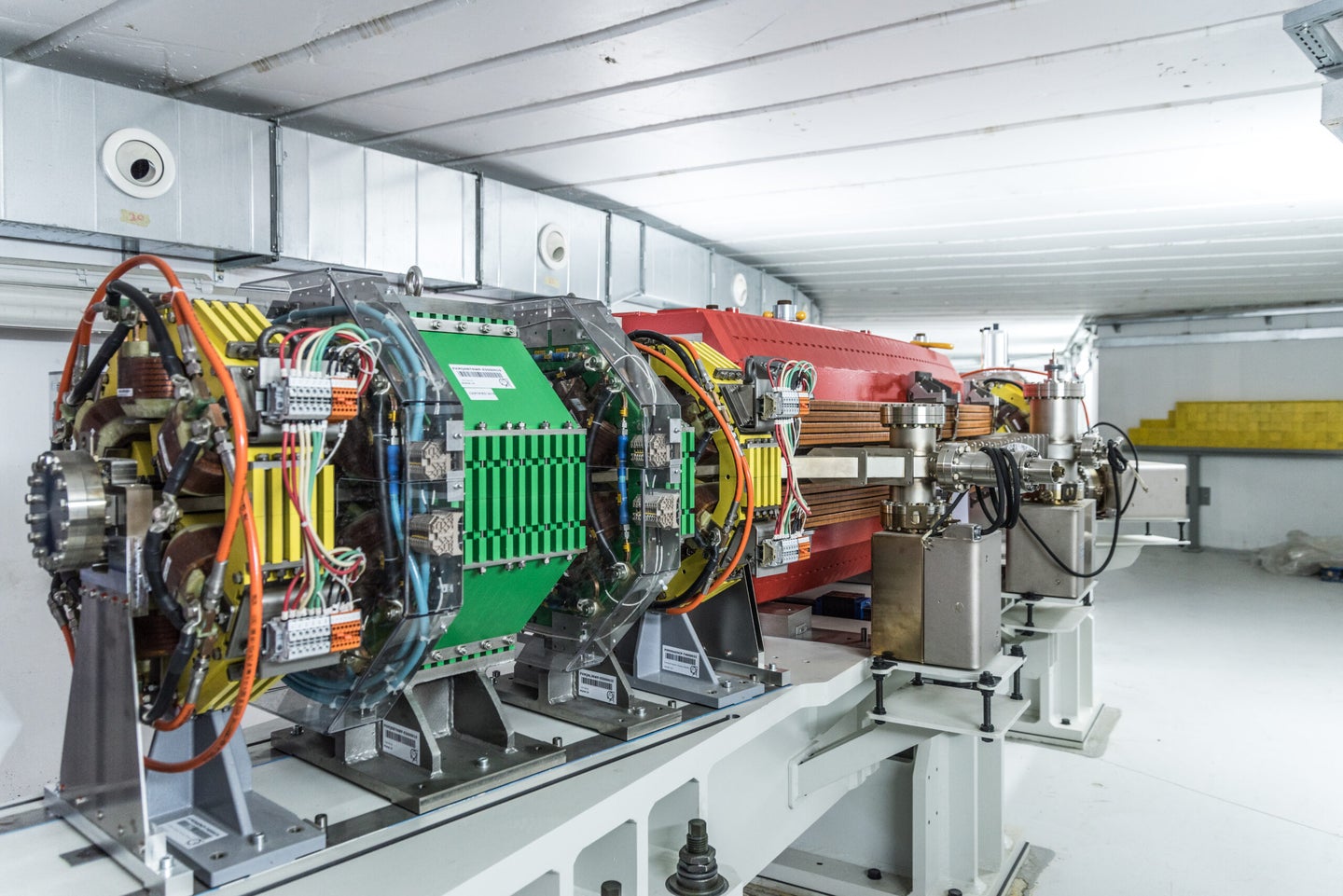 A collaboration of Middle Eastern scientists are looking for users for a scientific tool and hope to unite people from countries sometimes known for conflict.

The deliciously-named SESAME collaboration, short for Synchrotron Light for Experimental Science and Applications in the Middle East, put out its first call for proposals today, according to a press release. The experiment in Jordan isn’t the biggest or highest energy synchrotron, but researchers think it’s an important step in scientific collaboration in the Middle East. Did I mention it’s called SESAME?

A synchrotron is more or less a gigantic microscope. SESAME has a 133 meter (436 foot) magnet ring that speedy electrons circle like tiny race cars. When the electrons change direction, they let out synchrotron radiation, high energy packets of light particles, called photons. Those light particles are directed down beam lines (long tubes) at the end of which teams of experimenters set up their own equipment to best use the light. Synchrotrons can have as many experiments as beam lines; SESAME will bring seven beam lines live in its first phase.

Folks most frequently use those light packets to make high-resolution pictures of the nooks and crannies of tiny things, which means synchrotrons have use in biology to image molecules, archaeology to image artifacts, or even in food to image the fats you eat.

“It’s the only synchrotron in the Middle East,” SESAME researcher Gihan Kamel told Popular Science. “We’re happy with that and are hoping it will produce high quality science, and we need it.”

We’ve got synchrotrons here in the United States, too — like the National Synchrotron Light Source II at Brookhaven National Lab on Long Island in New York, and the Advanced Photon Source at Argonne National Lab in Argonne, Illinois. SESAME is smaller in size, but the energy of the racing electrons isn’t much less than those at Brookhaven.

“It is and will be a smaller facility but that doesn’t mean excellent science can’t be done there,” Bruce Ravel, physicist at the National Institute of Standards and Technology, told Popular Science. “Having a place like SESAME is a way to develop a scientific community in a region that doesn’t have a large one.”

A synchrotron is as good as the scientists’ ideas and the kind of things they image. If you happen to be in the Middle East and have an experiment that can benefit from a synchrotron, you can submit proposals to the SESAME website starting in August.

The 300-person collaboration consists of scientists from Bahrain, Cyprus, Egypt, Iran, Israel, Jordan, Pakistan, the Palestinian Authority and Turkey. Bringing together nations with ideologies and cultures sometimes in conflict is an important goal of the group. “SESAME is a model for science for peace,” said Kamel. “We try to put our problems and conflicts aside because we’re only scientists, not politicians. Science is a common language for all of us there.”