And may be generating heat in the planet's atmosphere 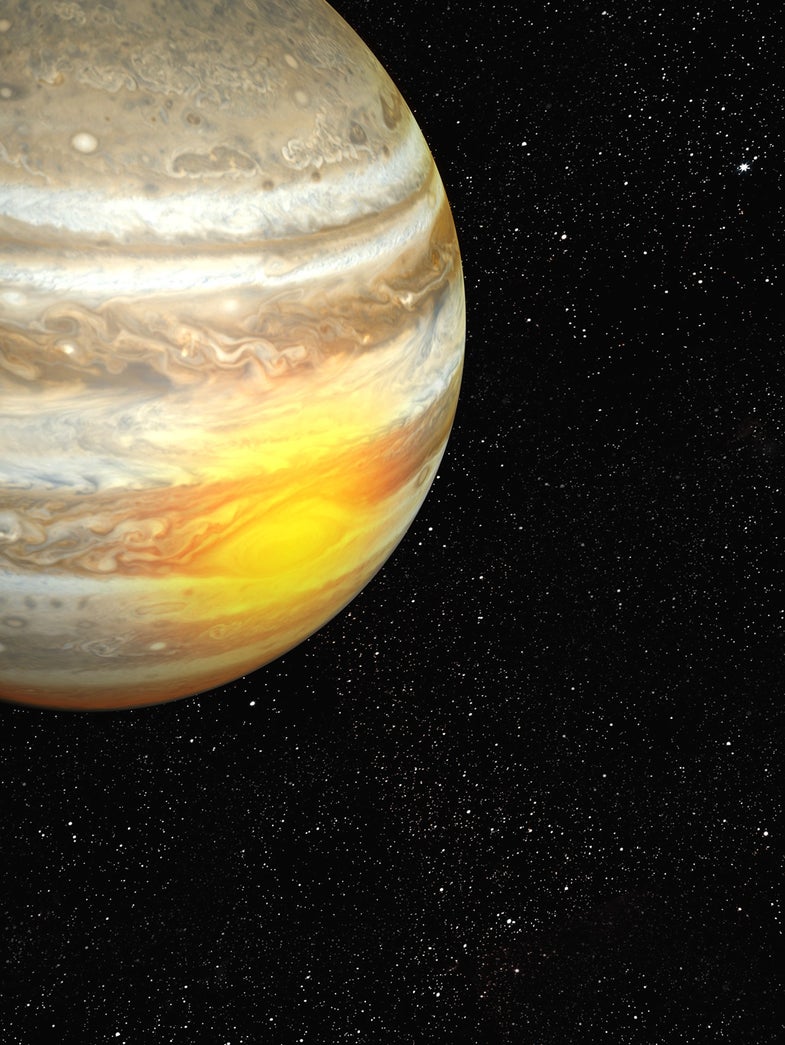 Jupiter’s most distinctive feature is so hot right now.

In a paper published in Nature today, researchers have found that the spot is hot — hot enough that it might explain the mysteriously high temperatures of Jupiter’s atmosphere.

The researchers write that during observations of Jupiter made at the NASA Infrared Telescope Facility in Hawaii they discovered that “the upper atmosphere above Jupiter’s Great Red Spot—the largest storm in the Solar System—is hundreds of degrees hotter than anywhere else on the planet.”

The placement of the hot spot at the very visible Great Red Spot led the researchers to conclude that the heat source was coming from lower levels in the atmosphere and traveling upwards.

The observations have the potential to answer a question that has long puzzled scientists, and has been labeled the “giant-planet energy crisis”. Jupiter’s atmosphere is just too hot — hotter than can be explained by heat from the sun alone. So where is that extra heat coming from?

With these new observations, researchers think that they might have an answer. The Great Red spot is a giant storm, where parts of the atmosphere are roiling as the storm makes its way across the planet. The frenetic energy in the storm generates waves that travel through the atmosphere.

Both acoustic and mechanical waves can transfer energy to higher altitudes in the atmosphere, heating up those outer layers. The same kind of phenomenon has been observed in thunderstorms over the Andes, albeit on a much smaller scale. 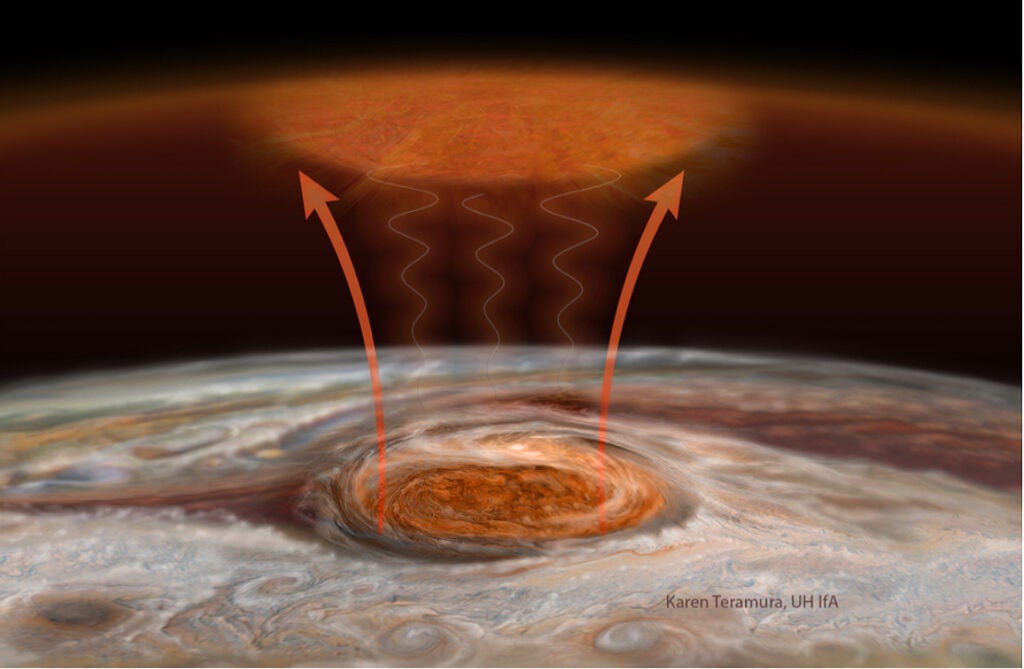 Researchers believe that the energy from the Great Red Spot may be contributing to heating the atmosphere.

We’re likely to learn even more about Jupiter and its atmosphere in the coming months, now that NASA’s Juno spacecraft has arrived at the panet, and will start sending back more data and pictures soon.