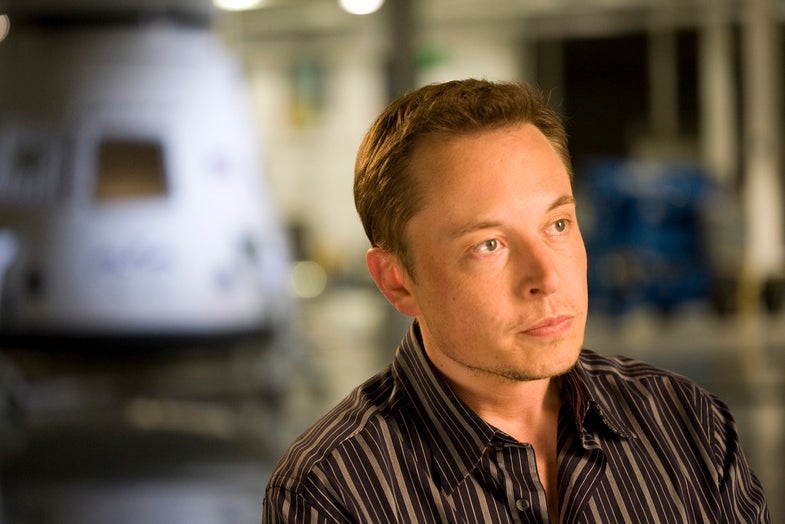 SpaceX founder and CEO Elon Musk is set to give a much-anticipated presentation on "making humans an interplanetary species." Here's how to tune in. Flickr user OnInnovation
SHARE

Elon Musk probably writes “try to save the world” at the top of his to-do list every day, above running companies that are revolutionizing energy, transportation, and space travel. In the next decade, he’s hoping to pioneer humanity’s next great adventure: Interplanetary travel, and colonization of other worlds.

On Sept. 27, at 2:30 PM Eastern, the SpaceX founder and CEO is set to give a keynote talk, not-modestly titled “Making Humans a Multiplanetary Species,” on the second day of the 67th International Astronautical Congress in Guadalajara, Mexico. According to the IAC’s announcement: “Musk will discuss the long-term technical challenges that need to be solved to support the creation of a permanent, self-sustaining human presence on Mars. The technical presentation will focus on potential architectures for colonizing the Red Planet that industry, government and the scientific community can collaborate on in the years ahead.”

In the most far-field scenario — where humans are surviving and thriving on a planet other than Earth — those challenges include the property politics of camping out on interplanetary soil: Who presides over judging Martian crime? Who’s in charge?

But before they even get that far ahead of themselves, SpaceX will need to answer more pressing issues, like how to keep hydrogen tanks from going boom and how to keep us fragile, fleshy humans from starving on the trip or dying of radiation exposure once we’re on the surface.

All of these questions Musk and team hopes to solve by mid-2020s, when the Interplanetary Transport System aims to haul 100 humans and/or 310 metric tons worth of cargo to the Red Planet. It’s still not clear if there are ulterior motives to get our asses to Mars and beyond.

Ahead of the keynote, Musk treated his followers to a characteristically candid behind-the-scenes of the rocket engine that’ll blast this whole thing off the ground in the next decade, tweeting photos from Raptor’s first firing test.

Tune in at 2:30, when this livestream will be active: