The Woman Who Reimagines How The Brain Works 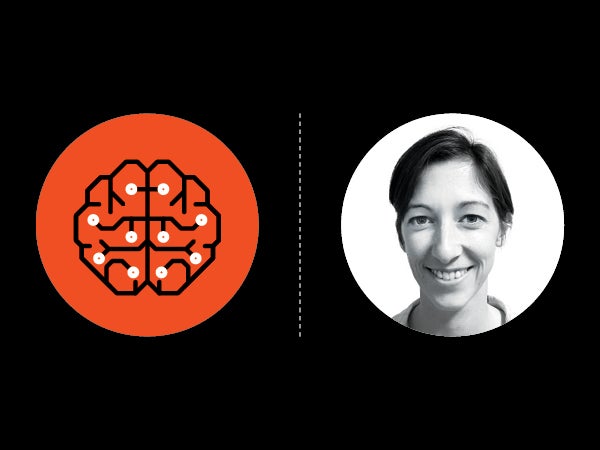 Danielle Bassett launched her career by challenging a central tenet of neuroscience: Studying the brain by dividing it up into regions that each handle specific tasks fails to capture the wild variety of what the organ can do.

In her view, brains aren’t so much a collection of unchanging divisions as they are a dynamic network of neurons—morphing over time and often changing function depending on our experiences. Her theory helped spawn an entirely new field—network neuroscience—that incorporates her background in physics and complex systems theory.

Bassett is now using her model to study why some people learn quicker than others, and how to improve our ability to learn. In recent experiments, Bassett and her team have people learn a new skill—such as playing a keyboard—while inside an MRI machine. They watch how the network of active areas in subjects’ brains shift as hand-eye coordination recedes into muscle memory over a period of six weeks.

What they discovered is that slow learners tended to use brain networks associated with conscious control for much longer. The takeaway? People might be trying too hard, Bassett says. “We think it’s hampering the learning process.”

She also found that the brains of the quickest learners were incredibly “flexible”—meaning their regions had very changeable patterns of communication. But promising news for people with less pliable brains: Research from Bassett and others suggests that being fed, caffeinated, and well-rested can each boost brain flexibility.