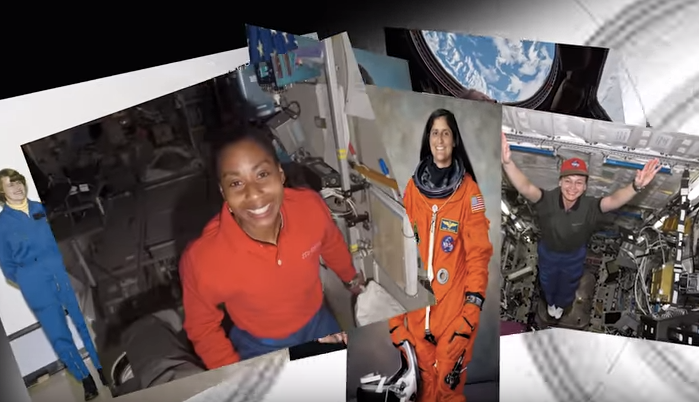 In collaboration with Johnson Space Center, singer-songwriter Grace Potter has debuted a new music video, “Look What We’ve Become.” It showcases decades of accomplishments by women at NASA, and was shot at Johnson.

The video highlights the accomplishments of past and present women of NASA. Among them is Katherine Johnson, one of the first African-American women to work at NASA as a mathematician (or “human computer”), performing calculations for the Mercury, Apollo, and Space Shuttle programs. Johnson also recently had a NASA building named after her. Catherine T. Osgood, aeronautical engineer at the Manned Spacecraft Center in the ’60s, who helped perfect rendezvous techniques during the Gemini Project and its successful Moon landings, is also in the video.

“So much of this song is about when you are coming up through any part of your life and you face challenges, there are so many different ways that that can affect you and change the course of your life,” Potter said in the NASA press release. “I think that it creates a strength within you if you do make the choice to push onward and say, ‘I know that this might be more difficult than another path. That’s why I want to do it.”

Also spotted: the humanoid Robonaut, and an imaginative look at the Orion spacecraft blasting off from the neck of Potter’s Gibson guitar.