Turning trash into a lifesaver 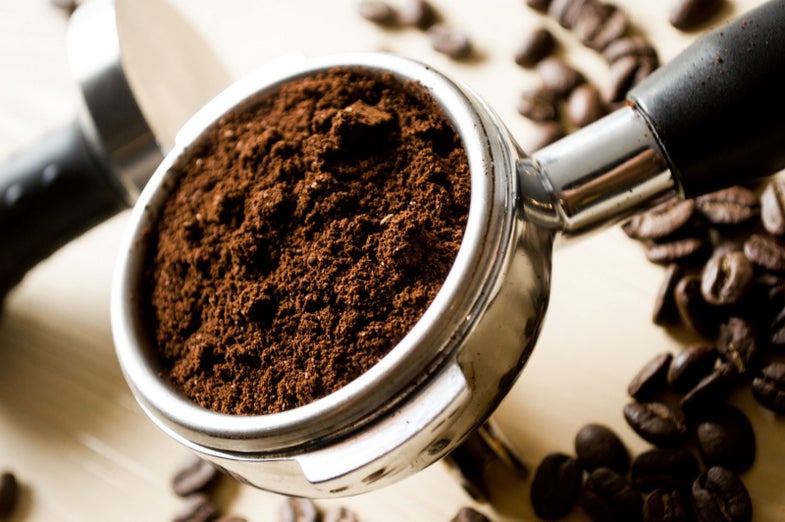 The earthy aroma of coffee in the morning is great for waking you up in the morning. But people who make a daily cup of joe generate, and toss, a helping of coffee grounds every day. Add restaurants and coffee shops into the mix and you can get tons of the brown dust. Now scientists figured out an innovative way to reduce this waste—and simultaneously help remove other toxic chemicals from the environment.

The researchers molded coffee grounds in the form of a spongey filter that absorbs heavy metals from water. The design and initial tests are described in the American Chemical Society’s journal Sustainable Chemistry and Engineering. “This product can help reduce the waste we generate,” says lead scientist Despina Fragouli, a materials scientist at the Istituto Italiano di Tecnologia.

It’s a pretty convenient solution. And though people have previously recycled coffee waste for fertilizer, animal feed, and even biodiesel, there wasn’t an efficient way of using it for water remediation until now. The chemicals in coffee, such as fatty acids, cellulose, and polyphenols, bind to heavy metals the same way activated charcoal does, but then the powder had to somehow be removed from water afterwards. So Fragouli and her team set about simplifying this process.

By adding sugar and silicone to coffee, the researchers were able to make a foamy brick that held together on its own and was easy to use as a filter. Soaking the brick in water caused the sugar to leach out and leave the coffee grounds open to bind to metal ions in the water.

In still water, a small 200-milligram piece of foam the size of an almond successfully removed 99 percent of lead and mercury ions within 30 hours. In flowing water, or water with a concentration of metal ions that exceeded 200 parts per billion, the foam’s efficiency was removed about 50 to 60 percent of the lead ions. That’s about the same efficiency that most commercially available filters have, according to Fragouli.

Fragouli says her team is working on improving the composition of the coffee and silicone mix so that it can eventually be the only filter you need. The scientists are also experimenting with other waste materials from agricultural and food industries that may have different chemical properties and could help filter out other chemicals.

“It’s very important that we find new resources to make polymers—materials that are reusable and that can replace the petroleum-based materials we currently use,” says Fragouli.