Space Station Watches As Hurricane Matthew Closes In On Florida 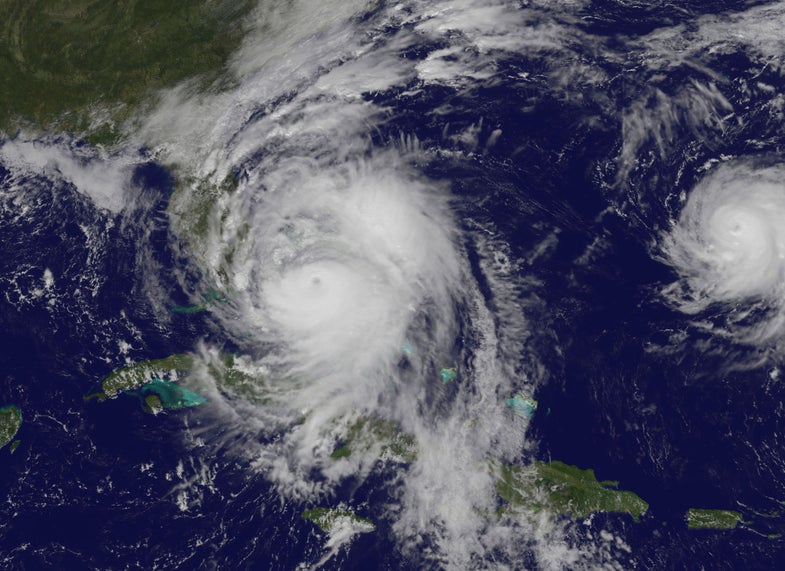 The International Space Station has been keeping an eye on Hurricane Matthew, floating above the storm as it churned through the Caribbean Sea. In the image above, taken on October 4, the storm’s clouds stretch as far as the eye can see.

Down below, the storm has prompted NASA’s Kennedy Space Center, near Cape Canaveral, to close. Matthew has the potential to cause catastrophic damage to its Vehicle Assembly Building and launchpads.

Still, NASA and the National Oceanic and Atmospheric Administration (NOAA) have their hurricane hunters and satellites trained on Matthew as it nears the Atlantic Coast. The outer bands of the storm, which are traveling northwest at 14 miles per hour, have already reached Florida and knocked out power in multiple counties. Matthew will hit full force early tomorrow morning and is expected to bring between six inches and a foot of rain from areas across the coasts of central Florida to southern North Carolina.

Radar imagery of the storm:

You can watch a 360-video of a hurricane hunter flying through the eye of the storm.

Hurricanes need warm water to form. Temperatures in the Caribbean, where Matthew intensified, were above average last week.